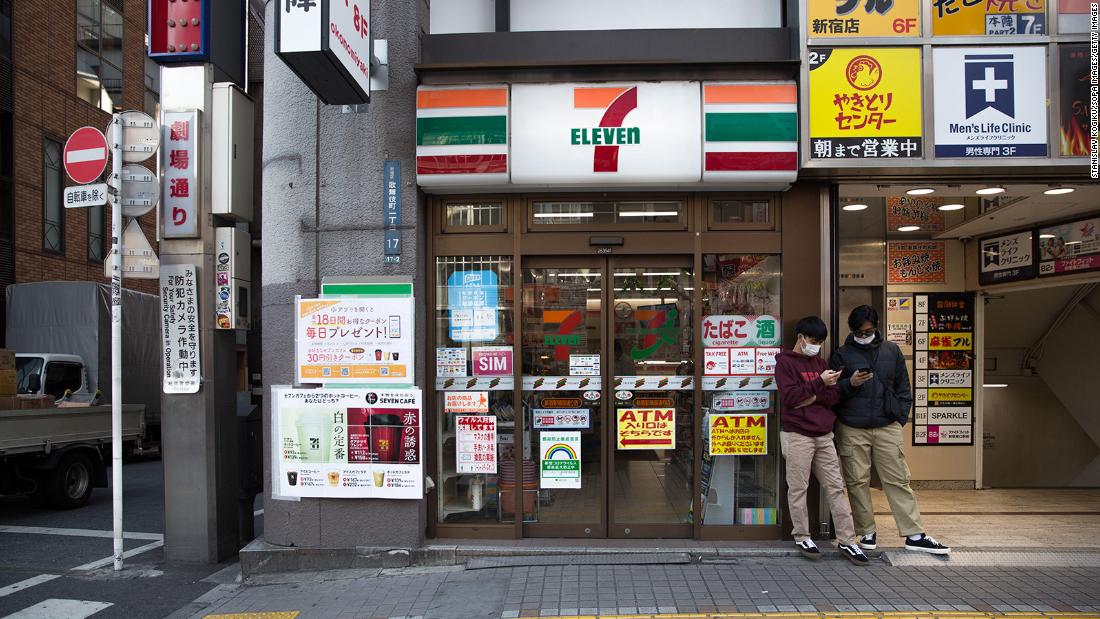 But for those who flew into the city to compete or work at the Tokyo Olympics, most local restaurants are off limits.

While Japan is still closed to international travelers, the athletes, coaches and journalists permitted to enter the country for the Games have to follow a strict set of safety rules and are not permitted to leave the vicinity of their accommodation for a 14-day period unless approved for an exception.

Luckily, Japan’s 24-hour convenience stores, many of which are attached to hotels, are arguably the best in the world and offer an unbelievable array of foods and drinks.

Ask anyone who has traveled to Japan and they will likely have a story about a memorable visit to a konbini — the abbreviated name for convenience stores in Japanese.

Thanks to a series of social media posts from journalists and athletes, they’ve been pushed into the limelight at the Tokyo Olympic Games not just for their fine offerings but for their top-notch customer service as well.

Case in point: 7-Eleven came to the rescue after a sports reporter for Canada’s CBC network in Tokyo called out for help on her Twitter account. The issue? She wanted to learn the correct way to unwrap a package of onigiri, a Japanese rice ball.
The post, featuring a video of Anastasia Bucsis failing to open her onigiri without tearing apart the exterior seaweed, gained 82.2k likes and was retweeted over 34.6k times since being posted on July 27.
In response, 7-Eleven Japan posted a how-to video explaining the correct way to open the cleverly designed packages on its Twitter account.

“Today, we would like to introduce how to open a package film of rice ball for the customers who are visiting Japan from overseas,” the post said.

Devin Heroux, another CBC journalist, delighted many Japanese as he documented his discovery of a 7-Eleven attached to the hotel he is staying in.

“Now, having never been to Japan before I was unaware of how different the experience at Sev (as we called it back in Saskatoon where I grew up), and where I’d go to get Slurpees, was going to be,” Heroux wrote on the Canadian public broadcaster’s website.

“All I pictured in my head were hot dogs that had been sitting in an oven for too long, and cheese for nachos that probably, maybe, was safe to eat.”

Heroux had an eye-opening experience — not only were the options aplenty, they were also appetizing.

His tweets on his hotel convenience store journey have amused many, from konbini newbies to veterans, attracting comments from Japanese who thanked him for his appreciation for konbini food and offered their own advice on which snacks he should sample next.

A day before winning the bronze medal, 13-year-old Sky Brown of Great Britain shared a photo of an onigiri from 7-Eleven on her Instagram account.

Heroux wasn’t the only one singing the praises of Japan’s convenience stores. Andrew Keh, reporting on the Games for the New York Times, also wrote about his foray into his nearby 24-hour stores.

“We can’t traverse the galaxy of food outside the Olympic limits, but a conbini (sic) contains a culinary world unto itself, a bounty of bento boxes, fried meats, sushi, noodles galore and all manner of elaborate plastic-wrapped meals and rare snacks,” Keh wrote in a report for his employer.

The athletes are posting about the delights of the konbini, too. On Tuesday, 13-year-old skateboarder Sky Brown — who won Great Britain a bronze medal on Wednesday — shared an image of a pickled plum, shiso and sesame onigiri from 7-Eleven on one her Instagram stories.

With over 56,000 establishments around the country, we’re certain that those green-lighted to explore further afield will continue to frequent their nearest konbini when late-night cravings for udon and deep-fried chicken strike.