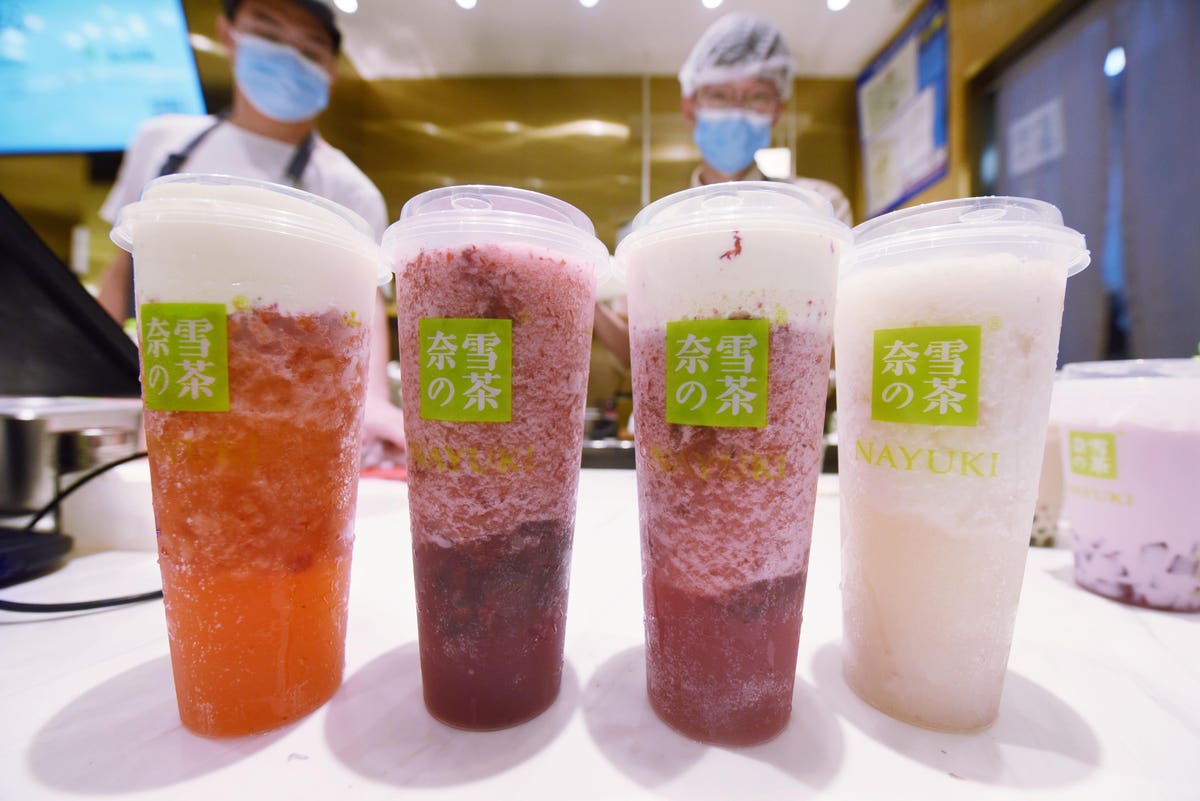 Peng Xin and Zhao Lin, the married couple behind Chinese bubble tea chain Nayuki, took their company public in Hong Kong in June amid much fanfare. But the startup known for making cheese-topped tea seems to have lost its appeal — causing Peng and Zhao to drop out of the world’s billionaire ranks in just two months.

The couple, who each own 28% of the firm, now have a fortune of $624 million individually. They joined the three-comma club in June, when Shenzhen-based Nayuki raised HK$5.09 billion ($656 million) by selling 257.3 million shares at a top-range price of HK$19.8 apiece.

The event was billed at the time as the world’s first listing by a milk-tea company, and the retail portion of the IPO was 432 times oversubscribed. But Nayuki has since nearly halved in value, as it has faced problems from food safety issues to uncertain prospects of profitability.

The company was summoned by regulators in Guangzhou and suspended in early August operations of two stores in Beijing, after a state media reporter worked undercover and later publicized hygiene issues including sighting of cockroaches and using rotten fruit to make tea. The company said in a recent stock exchange filing that it hadn’t been fined or penalized, and it would employ measures including more frequent sanitizations and enhancing its in-store operation system to better track ingredient usage. But the government-run People’s Daily has called on popular milk-tea companies to do more.

“Marketing perhaps can help you become popular for a limited period of time,” the newspaper wrote in a recent editorial. “But you can only win consumers’ long-term favor by investing more energy and resource in food safety and quality.”

A Nayuki spokesperson says the company has no additional comment. Even before the state media report, Nayki’s share price had been in a free fall. Brock Silvers, the Hong Kong-based chief investment officer of Kaiyuan Capital, says though regulatory overhang could pass, the company needs to demonstrate that it can eventually be profitable.

“Nayuki’s operating costs are simply too high,” he says. “The company’s primary challenge is that it has yet to communicate a compelling pathway to profitability, and its share price was suffering even prior to recent regulatory concerns.”

Nayuki, which operated almost 500 stores across 66 Chinese cities last year, sold $473 million worth of dessert and tea-based beverages, a 22% rise from 2019. Net loss widened significantly to $32 million from $6.2 million a year ago, a result it blamed on Covid-19 induced store shutdowns as well as fair value changes to its warrants, onshore loans and convertible notes, according to its prospectus.

One cost posing a hurdle to profit rises from securing supplies of fresh fruit and high-grade tea, which amounted to almost 40% of revenue last year, the prospectus shows. A Nayuki bestseller is the $4 Supreme Cheese Grape Tea, a bright purple-colored blend mixing high-grade Oolong tea with fresh grape, and a topping of whipped cream.

Jason Yu, a Shanghai-based general manager of consultancy Kantar in China, says managing the supplies could be a challenge. “Tea houses are more difficult to operate than coffee chains,” he says. “Blending the teas is more complex than making a cup of coffee, and storing fresh fruit has strict requirements.”

In a June interview with Forbes Asia, Peng, 33, said she didn’t see the cost of raw materials coming down. She said she intended to lower personnel costs by upgrading management software and introducing more automation – such as letting robots wash strawberries or prepare the cheese topping – into the tea-making process. Her husband Zhao, 42, said a newer store format called Nayuki Pro could also help with profitability.

While a typical Nayuki tea house averages between 180 to 350 square meters and has an on-site bakery to offer freshly baked bread or cake, the pro stores range from 80 to 200 square meters. It does away the bakery, and instead sources pre-made bread from the company’s central kitchens. Each Nayuki Pro store requires an average of $193,000 in investment – more than 30% less than the flagship store’s $286,000. About 70% of the 650 new stores planned for this year and next are in the Pro format, which Zhao viewed as crucial to profitability because they can serve more customer groups while operating at lower costs. “Our profitability will gradually improve,” he said in the June interview.

Yet the couple, who met during a dinner date in 2013, has to contend with one more challenge. Competition in China’s milk-tea market is cutthroat, and startups from the Shanghai-based Lelecha to the Shenzhen-based Hey Tea all blend traditional tea with cheese foams, fresh fruit or newer ingredients like tiramisu-flavored cream to create beverages for the younger generation’s ever-changing palate. Nayuki currently has 18.9% of this market, which is estimated by Shanghai-based China Insights Consultancy to quadruple to $9.6 billion in sales by 2025, second only to an unnamed competitor’s 27.7%, according to CIC data cited in the prospectus.

“People just switch among different brands,” says Yu Wen, a Shanghai-based research analyst at consultancy Mintel. “Companies need to think about how to make consumers better aware of their products in this very crowded market.”

The answer lies in opening more stores, Peng said. She referenced Starbucks’s presence in China, where it has 5,100 coffee shops across 200 cities, and said consumers like to go there first and foremost because it is convenient and easy to find. “In some Chinese cities we only have two to three stores,” she said. “It is impossible for consumers to know us better and grow loyal to the brand if we have so few stores.”

And the entrepreneur took a conciliatory tone when asked about the break-neck competition, especially with Hey Tea. “The pressure we exert on each other is meaningful,” she said. “Many people still regard bubble tea as low-end, and not suitable for occasions like business meetings. Together with our peers we are letting more consumers understand the new products, and bringing more customers in.”