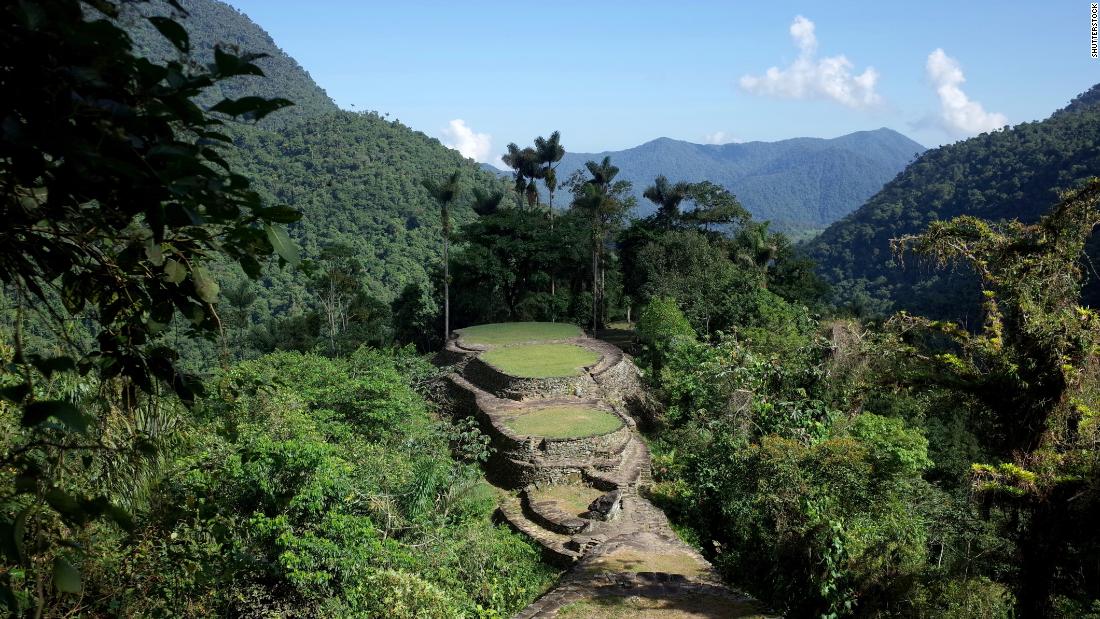 There are still plenty of less explored natural treasures to discover, from swimming among mangroves by starlight to spotting rare birds in the remote mountains. Colombians also know how to indulge, and a trip during normal times wouldn’t be complete without heading to the best food, drink and dancing spots.

International travelers are currently allowed into Colombia with no Covid-19 testing or quarantine requirements. Be aware countries can change their travel protocols and rules with little notice. More information is available on Colombia’s tourism site.

Be sure to gauge local Covid case levels before traveling and steer clear of demonstrations, which have resulted in violence recently in some major cities.

When you are comfortable traveling to Colombia, here are 13 of the best things to do:

Colombia is famed for its coffee. Although in past years the country — which is the world’s third largest producer of coffee — used to export all the good stuff, recently Colombians have started keeping the best for themselves.

There’s no better way to trace the legacy of Colombian coffee than by visiting a plantation. Travelers can hitch a ride in a traditional “Willy” car, an American car used in World War II that’s now beloved by Colombians to cart things around.

From Salento, a small town deep in the country’s Coffee Triangle, five kilometers of dusty tracks head up to Finca El Ocaso, where coffee experts will take visitors through the process from seed to coffee grinding, culminating in a lesson on how to make the perfect cup of coffee.

Don’t forget to buy a bag to take home.

Riding is part of the allure at Cafetal de la Trinidad, a former coffee plantation.

Founded in 1906 and once a family-run coffee plantation, Cafetal de la Trinidad was abandoned for years due to occupation by the FARC guerrillas, who made it too dangerous for the family to return home.

Yet in recent years, the family’s youngest son Alejandro and his partner Anna have lovingly restored the finca — or farm — to its full glory and are now opening it to visitors.

Just two hours out of Bogotá but worlds apart, visitors can make the most of the remote location, fresh air and breathtaking scenery by saddling up on one of the farm’s horses and trekking across the stunning countryside.

Guests can even take a picnic and toast the beautiful sunset over the mountains as their horses patiently graze in the fields.

If the crystal clear ocean wasn’t beautiful enough already, visitors to Isla Múcura can take a nighttime dip among the coastal mangroves and watch as the pitch black water lights up with millions of blue-green plankton.

The tiny organisms produce light using a chemical called luciferin, and glow when they are moved. So it’s possible to kick back and watch the stars while floating on the Caribbean Sea, or you can dip your head below the water and feel as if you’re a character in “Avatar.”

The ecologically-conscious Punta Faro hotel ferries guests to the mangroves via private boat, and returns them in time for a candlelit dinner.

There is no meal more Colombian than the Bandeja Paisa: hearty, meaty and eye-poppingly huge.

And there is no better place to eat Bandeja Paisa than in Medellín, the capital of Antioquia and home of the paisa — the name for inhabitants of the Antioquia, Risaralda and Quindío regions.

At El Rancherito on Calle 18 in Medellín diners can gorge themselves for about $10.

Although Cartagena is best known for its old, walled city, winding cobbled streets and colorful balconies, the city also has a wealth of underwater treasures.

Boasting the Rosario Islands, a natural reserve comprised of 43 tropical islands, an underwater museum, coral reefs and shipwrecks, this stretch of the Caribbean Sea has plenty to discover.

Visitors can learn to dive at Paraiso Dive, a diving school located on Tierra Bomba island, just a short boat ride away from Cartagena. Swim in turquoise waters among shallow reefs, deep walls and sunken art, and learn about the company’s efforts to help protect the surrounding reefs.

Colombia is home to more than 1,900 bird species — the highest number in the world.

The Perijá mountain range, which straddles the border of Venezuela and Colombia, is one of the best places to go birdwatching and is home to several endangered species that cannot be found anywhere else.

After years of being occupied by guerillas, the area has been opening up to visitors, with keen birders heading to Chamicero del Perijá Reserve. Nestled in the mountains, among Andean forests and Colombia’s unique páramo system, an ecoystem only found in the northern Andes, the reserve is a two hour-long drive from the nearest village and has one of the best sunsets in the country.

Cali is the Colombian capital of salsa.

Cali is the capital of salsa, where dancers take to the floor as early as the afternoon.

Although the dance has its origins among the Cuban population in New York City in the mid 1900s, it wasn’t long before salsa reached Colombia. Cali decided to produce its own style of salsa, and the city has never looked back.

There are two types of dancers: the old school purists, who stick to the original footwork, and the younger crowd, who like to dance with flair and gymnastic-style lifts.

Sondeluz Academy, one of the most renowned salsa studios in Cali, specializes in one-on-one lessons. After mastering the basics and when it’s safe to gather in crowds again, visitors can swing by Zaperoco, a famous salsa club normally packed with talented dancers and a live band on Thursday nights.

Every year between June and October, locals along the Colombian Pacific coast of Nuquí ready themselves to watch humpback whales migrate past their shores.

Located in the Gulf of Tribugá in the Chocó department, Nuquí is the perfect place to catch a glimpse of the mothers and their newborn calves, thanks to its warm waters, free of strong current, and little passing boat traffic.

El Cantil Ecolodge offers a whale watching package, taking its guests out to the bay in fiberglass boats, where the whales can be seen from around 200 meters away. The ecolodge is conscious about adhering to international practices and sticking to a respectful distance, although the whales often approach the boats on their own.

Hunting for a glimpse of ‘pink’ dolphins

Pink dolphins are often thought of as the stuff of myths, and although they’re still a scientific enigma, they can be found in the Amazon River.

Guests staying at Calanoa Jungle Lodge, an eco-resort nestled in the Amazon Rainforest overlooking the great river, can go out in a private speedboat to try and catch a glimpse of the “botos,” which can be pink or gray in color. They are the subjects of numerous legends — such as that they turn into handsome men at night to seduce local women (a tale used to cover up unwanted pregnancies).

The 2.76 square mile restaurant boasts five kitchens, 11 dining areas, two dance floors and normally packs in thousands of people a night. Be sure to check on Covid safety measures before booking during the pandemic.

Although it’s a 45-minute drive outside of the capital, it is the place to go in Bogotá and has fed the likes of the president, Shakira and the Red Hot Chili Peppers with its 64-page menu.

It’s also believed to have been founded some 650 years before Machu Picchu (although the Peruvian site may be several decades older than previously thought, a recent study says). An intense, two-and-a-half day trek will see you traverse waterfalls, natural pools and rivers on your way to the sacred place of the indigenous Tayrona tribes.
Led by indigenous Kogui guides, Colombian travel agency Expotur offers a four-day package, taking hikers through the Sierra Nevada de Santa Marta jungle, and ascending 1,200 steps on the third day to reach the Ciudad Perdida. The beautiful ruins are full of relics and ancient carvings, and visitors can be regaled with ancestral tales before heading back to start their descent.

Tatacoa may look like a desert, but it’s in fact an ancient dry tropical forest. The environmental wonder sees astronomers from all over the world flock to the red Mars-esque landscapes to stargaze.

Thanks to its unique position, constellations of both the northern and southern hemispheres can be viewed, making for an awe-inspiring experience.

In fact, the stars are so captivating, one Colombian astronomer, Javier Fernando Rua Restrepo, camped out for two years before he found a place to live permanently. And he loved it so much he stayed and opened his own observatory, where he hosts a star party every July.

For a few weeks every year, Providencia, an island closer to Nicaragua than Colombia, is occupied by the Colombian army, who fly in to protect the thousands of black crabs migrating to the sea.

Roads are closed and locals adopt a practice known as “crab-swerving” to avoid hitting the crustaceans, who are protected by local laws and environmental policies.

The crabs are a local delicacy, and provide many islanders with their sole income. Due to rising tourism in neighboring San Andres, crab numbers have declined, and so the army was brought in to ensure the migrating crabs had a safe passage down to the sea to lay their eggs.

And if you miss migration season — when fishing, consuming and selling the crabs is banned — you’ll get a chance to taste one and see what all the fuss is about.

CNN Travel series often carry sponsorship originating from the countries and regions we profile. However, CNN retains full editorial control over all of its reports. Read the policy.

Lucy Sherriff is a freelance multimedia journalist based in Bogotá and covers environment, travel and gender issues.

Fresh Take: Tyson Heir Settles With Guilty Plea, And Cracking Open The Issue Of High Egg Prices
Winter weather disrupts hundreds of flights across Texas
The best spa hotels in Manchester
As Tequila Takes On Global Ambitions, 818’s Mike Novy Weighs In On The Category’s Major Moves
If You Are Smart, Your Super Bowl LVII Party Can Cost You Less Than It Did Last Year