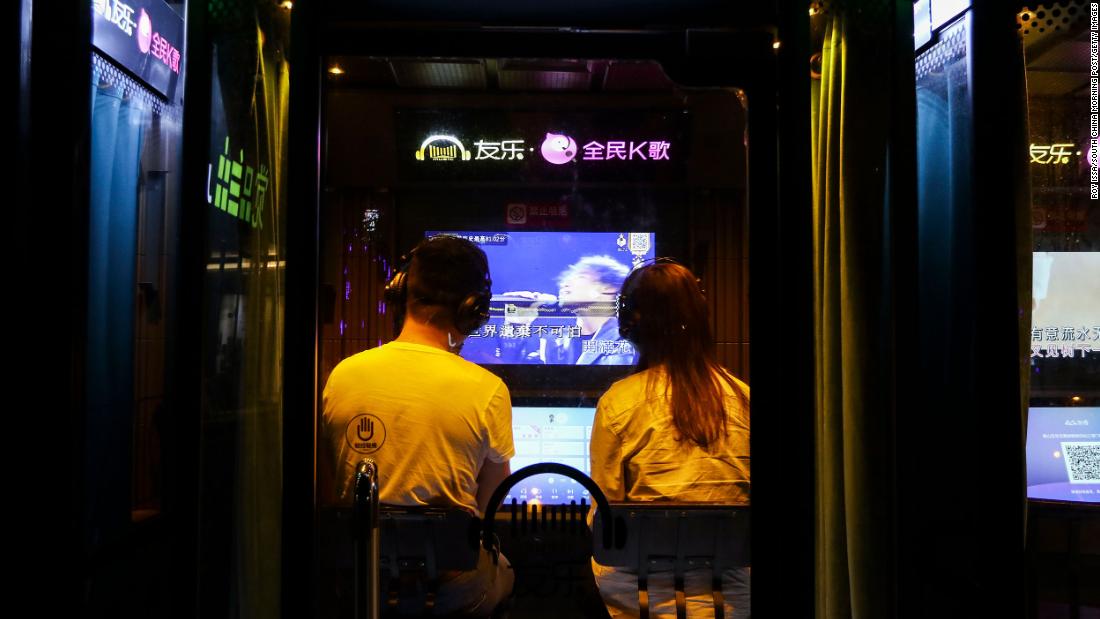 According to interim rules outlined by the country’s Ministry of Culture and Tourism, karaoke must not endanger national unity, sovereignty or territorial integrity, incite ethnic hatred or undermine ethnic unity, promote cults or superstition or violate the state’s religious policies.

Songs must also not encourage obscenity, gambling, violence, drug-related activities or crime, nor should they insult or slander others, the ministry said.

The regulations will “promote socialist core values, and maintain national cultural security and ideological security,” according to the ministry.

Content providers to karaoke venues will be responsible for monitoring the songs, the ministry said, adding that China has more than 50,000 “song and dance entertainment” venues across the country, and a catalog of more than 100,000 songs, which would be hard for venues to police.

The ban will come into effect on October 1.

Censorship — online and otherwise — is common in China, with an increasingly hard line taken on entertainment content deemed inappropriate.

In 2015, the country banned a catalog of 120 songs from the internet after deeming them “harmful” to society, including Chinese songs titled “No Money No Friend,” “Don’t Want To Go To School,” “One Night Stand” and “Fart.”
This article was originally published by Cnn.com. Read the original article here.
Share on Facebook
Share on Twitter
Share on Pinterest
Share on LinkedIn