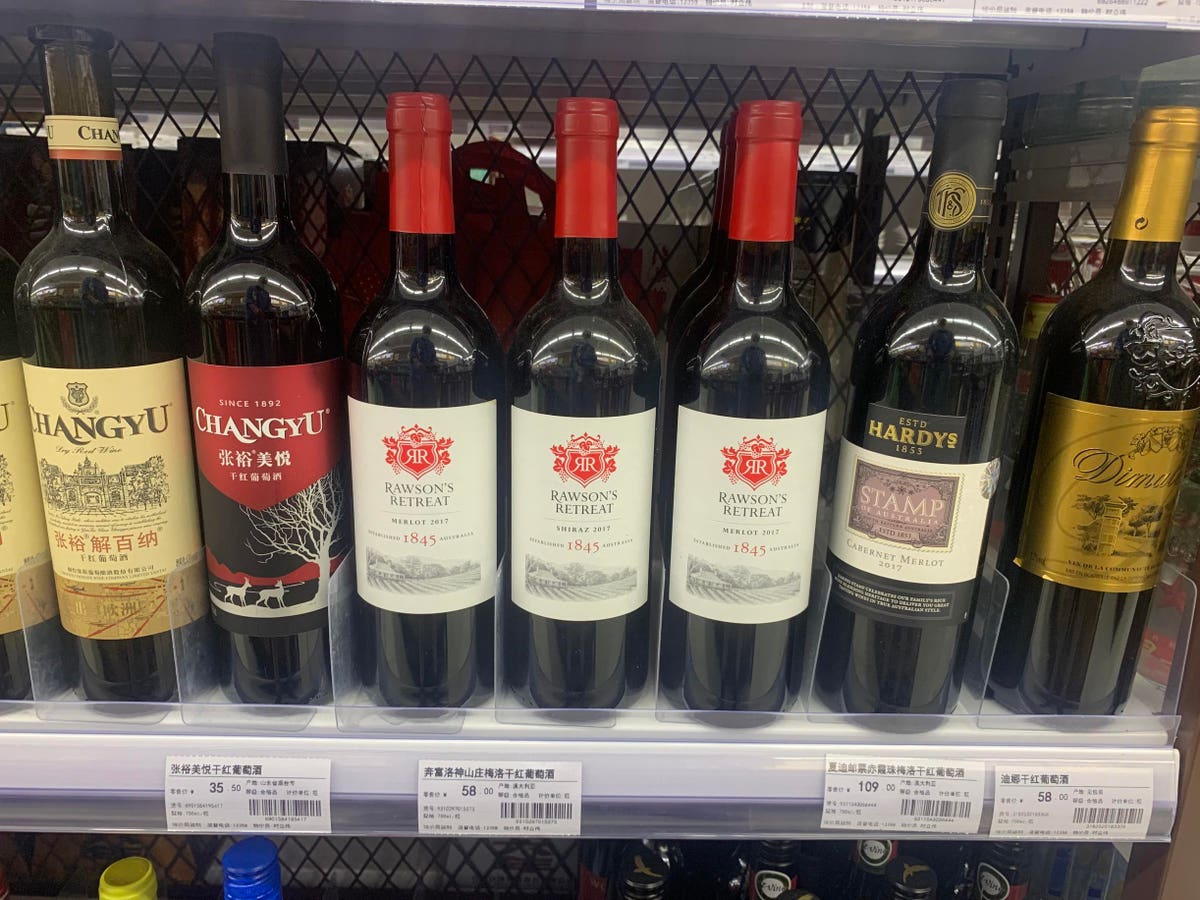 Wine from Europe and Chile wine enjoyed big gains in market share and sales in China in the first half of the year at the expense of Australian wine hit with tariffs in connection with that country’s ongoing trade and political disputes with China.

France took 35% of China’s wine imports by volume in the January-June period, up from 27.6% a year earlier, and Chile had 22.8% compared with 15.8%, according to customs data compiled by Shanghai-headquartered market research and consultancy firm Nimbility.  Measured by value, France took 42.8% of the market, worth $303 million, compared with 26.4% a year earlier, Nimbility said.

Australia, which had 39.6% of the import market in terms of value in the first six months of 2020, had only 6% in the same period this year.  The country complained to the World Trade Organization about anti-dumping duties imposed last year.

“The Chinese consumer takes (a) cue from the government,’” said Nimbility President Ian Ford said in an interview.  “Australia has wines like Penfolds, which had been popular for business entertainment, big dinners, banquets and gifting,” Ford said. “If the (Chinese) government had said, ‘We discourage people from drinking Californian wine,’ then, they would stop. The last thing you want to do is show up for a banquet with government officials and serve Californian wine, with the government officials looking at you like, ‘What were you thinking?’”

“Unlike in the U.S., if the government said, ‘Don’t drink French wine, everybody would probably start drinking French wine,’” Ford chuckled.

Australia’s loss is a “seismic event” and a “reset of the table” in a market that has emerged as one of the world’s largest for wine imports in recent years. Spain, Italy, South Africa, Argentina and Germany all enjoyed more than 20% gains in the volume of their imports, according to Nimbility.

Ford early in his career worked with Seagram and helped to market its Martell cognac, Chivas Regal scotch and Absolut Vodka beverages. He then started what would become one of the country’s largest spirits importers, Summergate; it grew to nearly 400 staff before Ford and a partner sold the business for an undisclosed amount to Woolworths of Australia in 2014. Ford started Nimbility in 2018.

Despite the market share gains by some wine-producing nations, China’s overall wine imports slipped by 9% by volume and 6% by value in the first six months from a year earlier, as some consumers switched to baijiu, a popular Chinese spirit usually distilled from sorghum. China’s production of baijiu in the first six months of 2021 increased by 12.8%, according a local media report. Publicly traded baijiu supplier Kweichow Moutai has a market cap worth of 2.1 trillion yuan, or more than $300 billion, topping many of the country’s most popular tech companies.  China’s baijiu billionaires include Antares Cheng, vice chairman of Shenzhen-listed Jiugui Liquor,  worth $1.8 billion; the company’s shares have nearly tripled in the past year. Shares in Treasury Wine Estates of Australia, owner of the Penfolds brand, are little changed in the past year.

South Africa’s wine shipments to China gained this year because it is a fresh alternative to Chile in the “new world” category, Ford said. “Importers will say, ‘I have to replace Australia with something, but I already have a lot of Chile.’ Most of them are not doing a lot of South African wine. So there’s a natural fit in brand and price positioning.”

Greece didn’t make the top 10 imports but Ford sees promise. “Production is small, but if you tell the right story to the right people, and you turn the corner very quickly to ‘Greece is an amazing place with a historical context with China,’ I think, is where the opportunity lies.” American wines face import taxes left from the Trump era and will have difficulty gaining, Ford said.