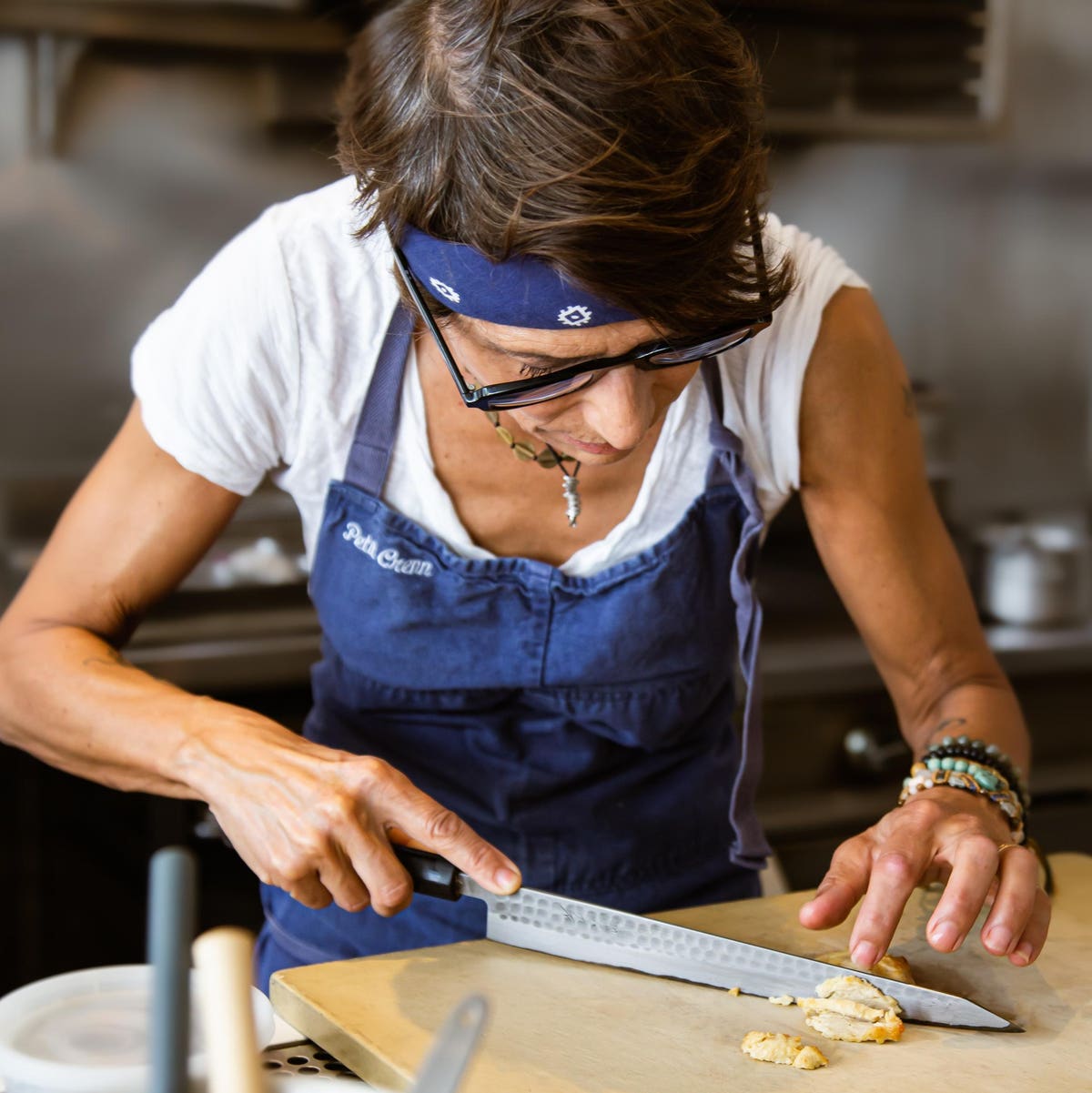 When Dominique Crenn first tasted Upside Chicken, she, “was transported to my grandmother’s dinner table. The chicken had such an intense and pure flavor, I just couldn’t believe it.”

Crenn, who is the only female chef in the United States to have three Michelin stars, was so impressed because the chicken she was eating was not from a living breathing animal. It was a delicious bite of cultured meat.

Upside Foods, previously known as Memphis Meats, is one of the most exciting companies to watch in this space. The founder, Uma Valeti, is a former cardiologist, and, “I trained at the Mayo Clinic in Rochester, Minnesota. During that time I was working on stem cells and then later on in my practice, I was injecting stem cells into patients’ hearts to regrow heart muscle… that’s really where the idea came from, of could you grow food from cells. Once it got into my head it was hard to get it out.” In 2016, he dropped everything, moved to the Bay Area, and decided to figure out how to make that food a reality.

Fast forward to 2021, and it’s not just a reality, it’s got the celebrity chef seal of approval. Upside Fooods is partnering with Chef Crenn to put Upside Chicken, the company’s first commercial product, on the menu at her San Francisco flagship Atelier Crenn.

Crenn removed meat from her menus a few years back as a protest against factory farming, and is excited to reintroduce it in a way that starts a conversation and helps people reimagine the future of food. Similarly, Valeti gave up meat in medical school because he “didn’t like how it came to the table” so the two have a very similar perspective.

Valeti went on to say that, “Meat is central to the plate across the world for 90+ percent of the population… It brings people together. It’s been part of our cultures and traditions for thousands and thousands of years. And as countries are getting richer across the world, the first thing people buy is meat for their families. It’s associated with good nutrition and health… and it’s something we do three or four times a day.”

Eating meat at every meal is the reality for many people in the United States and across the globe, and our carnivorous tendencies have a very real environmental impact. According to a recent report on cultured meat from Piplsay, 67% of Americans and Britons are concerned about the longterm impact of meat production. Upside Foods and other cultured meat companies like Just and Supermeat are hoping to change that conversation, and positively impact not only the environment, but also animal welfare and human rights.

Crenn put it succinctly, saying that Upside Foods is, “revolutionizing the way meat will be produced and it is going to have such a positive and wide-reaching impact on our planet. They are the beginning of a new, sustainable food system that will benefit animals, the environment and all of humanity.” However, that futuristic food system will only become a reality if the cultured meat industry can successfully get consumers on-board.

Only 40% of Americans have even heard of cultured meat, and of those, 19% are excited at the prospect of trying it. Valeti thinks this will change if he can allay any potential fears through transparency: “That’s the big question. How is it made? So we’ve spent a fair amount of time, and we’ll spend more as we get to commercial scale on how it’s made… All the meat we eat comes from cells. Cells are the building blocks of meat. When you eat a piece of steak you’re eating 10 or 20 billion cells. So we’re building it from the ground up… using cells from the highest quality animals.”

Because they can keep on growing those cells indefinitely, the Upside team doesn’t need to go back to real animals for more genetic data once they have the right sample. Crenn and Valeti are waiting for regulatory approval to add Upside’s products to her menu, and indeed, Valeti admits that for his product to have the seismic impact he hopes it will, he’s going to need to scale up massively. He’s confident that day will come, however.

He hopes that by eliminating animals from meat production, Upside Foods can not only make an environmental impact, but also help to keep people out of dangerous industries like meat packing, and even, “open up meat to groups of people who stopped eating meat because of the ethical issues.”

The future of meat is sure to be both exciting and unexpected. In the past five years we’ve seen companies like Upside go from science fiction to reality. Who knows, in the next five years, your fried chicken might not come from a chicken at all.