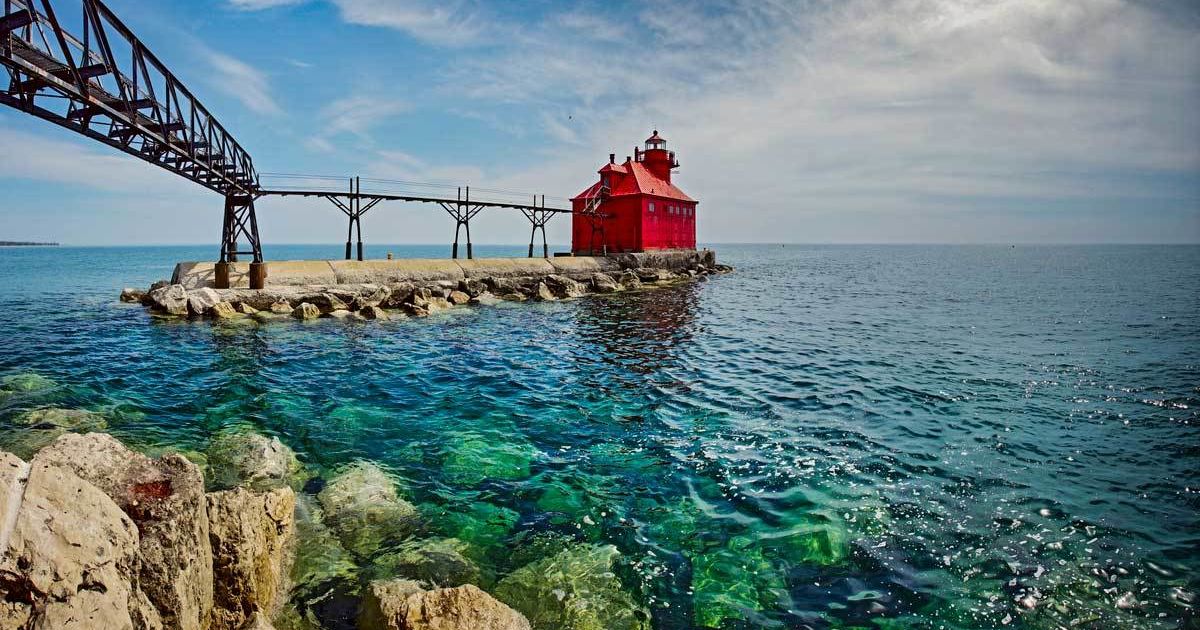 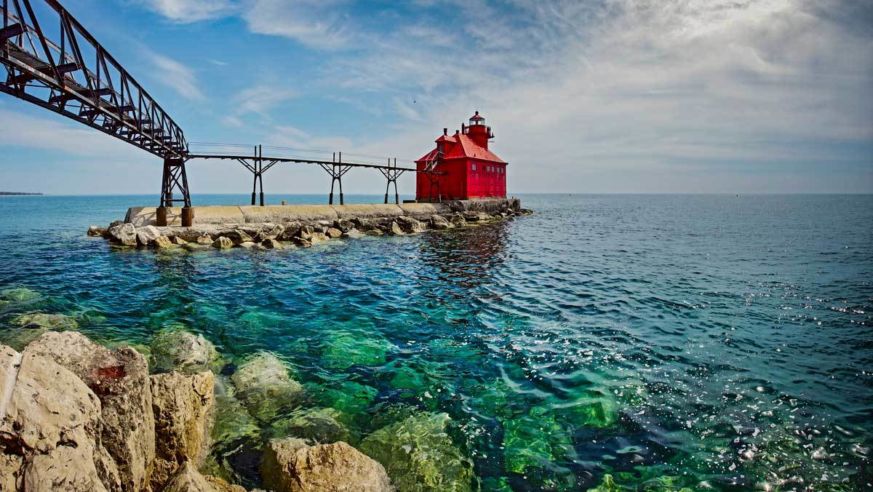 This spot is so relaxing, travelers are willing to cross Death’s Door to get to it.

There are fields upon fields of lavender, and orchards ripe for cherry picking. The root beer floats sold in the 1950s-era diner are known across state lines, and the beaches are some of the finest in the midwest.

But to get to this spot in Door County, Wisconsin, you’ll have to hop on a ferry and cross Porte des Mortes, AKA Death’s Door. It’s a stretch of treacherous water linking Lake Michigan with Green Bay, and it sits between Washington Island and the tip of the peninsula. Below the water – where your fancy ferry crosses -  is literally an underwater cemetery. More than 250 ships sank on this short turbulent stretch of beautiful water, which today is home to the most stunning vacation cottages, lavender gift shops and historic hotels that money can buy.

It all started in the 17th century, when a battle between Potawatomi Indians left the islands north of the Door County peninsula to attack the Winnebago Indians on the mainland. Poor weather and ridiculously strong currents capsized the ships, hundreds of people died and the stretch of water was deemed “Porte des Mortes.”

But that’s not all. Legend has it that unpredictable weather and rough waters have capsized many a shipwreck since. The tally? No one knows, but it’s believed that thousands of ships have sunk on their short journey through Death’s Door.

for those interested in Door County’s deadly maritime history: the water here is so frigid that many of the sunken ships are still intact, and some can be spotted by snorkelers in the shallow depths. But if you want a less gruesome vacation – as long you don’t visualize the literal skeletons under the water – you can hop on the Washington Island Ferry which transports people year-round from Door County to the 22-mile Washington Island ($14 per person) in 30-minutes flat. In 75 years of operation, they haven’t had any near death experiences.

Once you get to Washington Island, you’ll see why so many people attempted crossing Death’s Door to arrive.

Continue your relaxing journey by heading to Fragrant Isle Lavender Farm & Shop (the island is tiny, so nothing is too far away). The lavender farm was created by Martine Anderson, who lived in the south of France and dreamed of one day owning a lavender garden. Dreams have a way of shifting and changing, so it wasn’t until she retired and moved to Wisconsin’s Washington Island with her husband, that she finally opened her lavender garden – which is actually a field containing 20,000 lavender plants, complete with a UPick lavender section. And yes, the scent is so heavenly, that if you look at the ground, you’ll see all the bees that are literally passed out drunk from it, no joke.

About a minute away from the lavender fields by car or bike (cycling is a very popular form of transportation on the island) is the Stavkirke, a church inspired by one built in Norway in 1150 AD. This newer version was built by hand taking about a decade, and while it’s closed due to COVID, you’ll be at peace simply by wandering around the outside of the building, which is a work of art.

Reward yourself post-ferry ride back to Door County’s mainland (you made it once again across Death’s Door!) with the most legendary root beer float in the midwest at Wilson’s Restaurant and Ice Cream Parlor, a classic since 1906.

, you can snag all things cherries, along with cherry wine. Not sure which wine to buy? Here, they offer five wine samples for just $3 – or try a wine flight for $10.