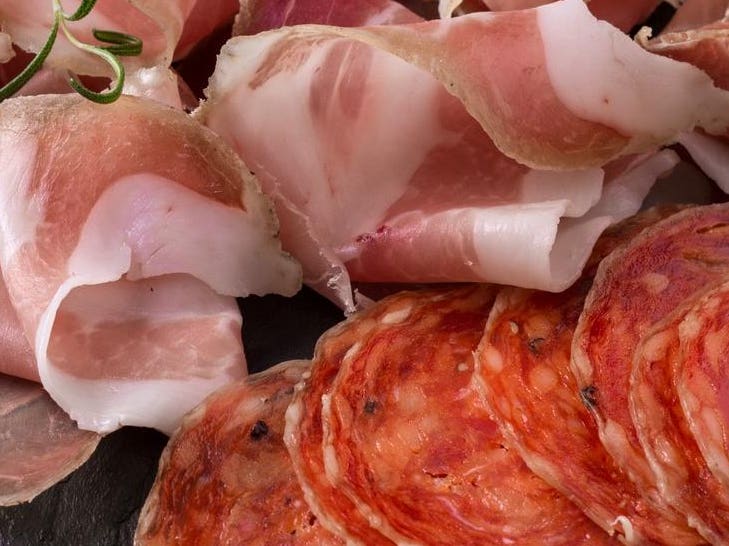 Make sure you check your meat. There’s another Salmonella outbreak and this time the Centers for Disease Control and Prevention (CDC) is warning that it may be linked to “Italian-style” meats. So far, the outbreak has left at least 36 people sick and 12 people hospitalized across 17 states.

Of the 36 reported cases, 13 have had the Salmonella Infantis strain and 23 the Salmonella Typhimurium strain. The first of these illness started on May 9, 2021. Of course, the 36 is probably an underestimate of the actual number of infections. After all, when people have diarrhea, their first inclination may not be, “hey, I’ve got to tell others.”

Public health officials have been able to get more detailed information on 25 of the people affected and found that 22 (88%) had eaten a variety of “Italian-style” meats. Now, not everyone may remember where the meat they put in their mouths came from or has been. Of the 15 folks who did remember and had shopping records, 14 had consumed meat from a Fratelli Beretta brand prepackaged Uncured Antipasto tray. See if you say that product name ten times quickly.

So, as a result, the CDC is now warning you to not eat anything from Fratelli Beretta brand prepackaged Uncured Antipasto trays that have “best by” dates on or before February 11, 2022:

Anything that may have Salmonella in them should have a “best by” date of “never.”

Instead of eating anything from such trays, get rid of them. Even if you’ve already tried some of the salami, prosciutto, coppa, soppressata, or other types of meat on the Fratelli Beretta brand prepackaged Uncured Antipasto tray and not gotten sick, don’t play diarrhea roulette. Toss them before you toss your cookies. And getting rid of the meat doesn’t mean feeding them to your significant other. That could result in a significant “diarrhea, fever, and stomach cramps” other. As I’ve described previously for Forbes, typically symptoms will last for four to seven days, but people with weaker immune systems can have much more serious and potentially life-threatening consequences.

Oh, and thoroughly clean anything that your meat may have touched if there’s a chance that your meat was from a Fratelli Beretta brand prepackaged Uncured Antipasto tray. Use either hot soapy water or a dishwasher. If the meat touched other food, throw away the food. Don’t put the food in the dishwasher. It’s not a good idea to eat any food that’s been through the dishwasher.

This “throw it away” warning is rather different from what the CDC was suggesting two days prior on August 26:

Yes, the CDC was recommending that you heat your meat. Not all meat, but just Italian-style meat. This left some folks wondering what exactly qualified as “Italian-style” meat and what didn’t:

It’s not every day that you hear people say, “I’ll have the avocado toast, the Cobb salad, and the Italian-style meat products.” However, all of that was before public health officials were able to identify a specific brand as the possible culprit.

So, no need to heat all Italian-style meat products. No need to heat all deli meats. Instead, before you put any meat in your mouth, make sure you know where it’s from by checking the packaging or your sales receipt. If you didn’t purchase the salami, prosciutto, coppa, soppressata, or other Italian-style meat yourself, find the person who did and say, “excuse me, I have a question about your meat.” Don’t wink when you say this, though. If you still can’t figure out where the meat has come from, don’t chance it. Don’t even meat things half-way. Get rid of all of it.