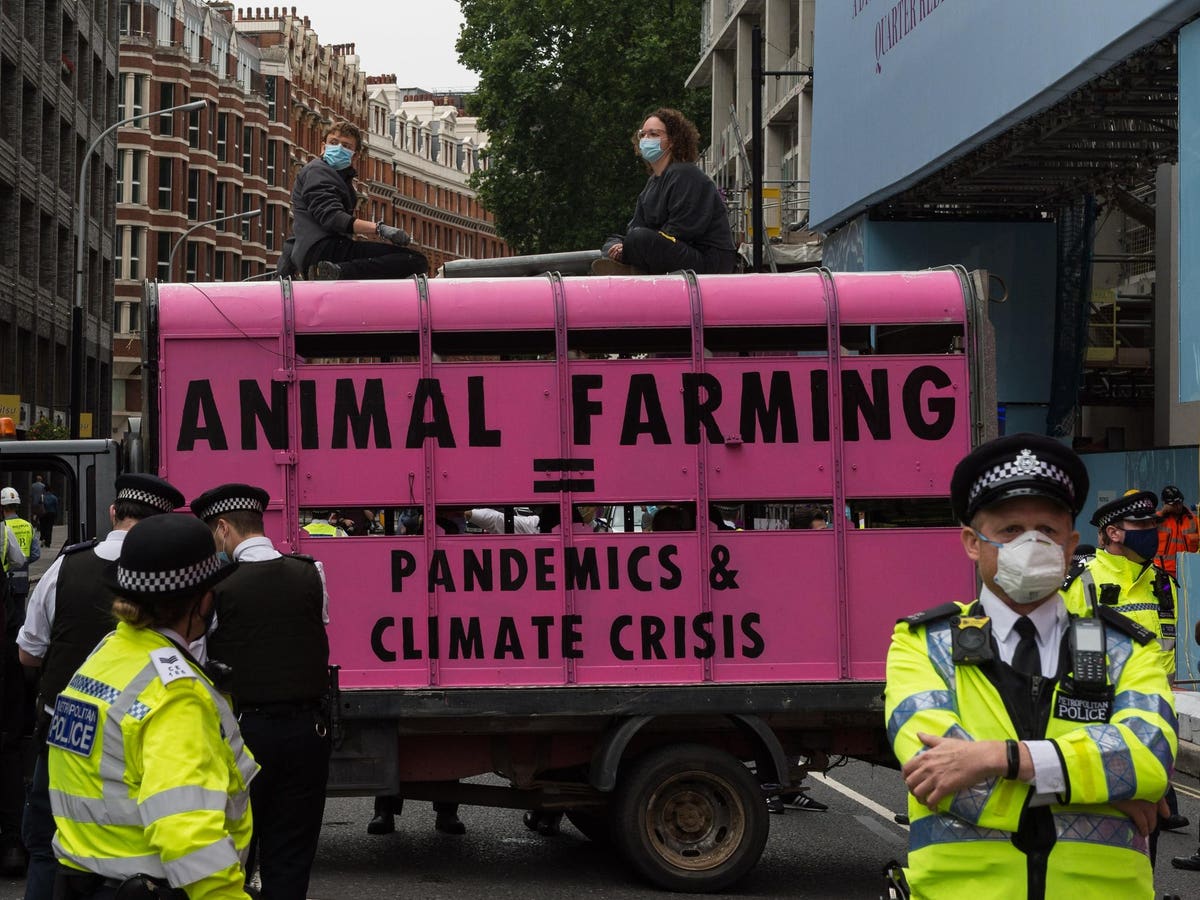 Limited public awareness of the environmental impact of animal agriculture is considered to be a major obstacle to effective climate change policy interventions, with a growing number of organizations and environmentalists advocating for a global call to action to fill the “livestock policy vacuum”.

One Cape Town, South Africa-based nonprofit by the name of ‘Animal Agriculture and Climate Change’ has launched a global campaign and petition, calling on influential environmental activists to more aggressively use their platforms to draw public attention to the significant impact that the meat industry has had on global greenhouse gas emissions (GHG), and to support veganism as a solution to saving the planet.

The call to action comes some fifteen years after UN’s Food and Agricultural Organization reported that the meat and dairy industry accounts for 14.5% of the world’s greenhouse gas emissions — more than cars, heavy goods vehicles, aviation and ships combined. Since then, a number of studies have argued that this is a drastically under-reported estimate. In 2018, an intensive five-year study by Oxford University and Agroscope, reported in Science, revealed that the global meat and dairy industries are accountable for 60 percent of greenhouse gas (GHG) emissions from the agriculture sector.

A recent piece by Sailesh Rao, published in Journal of Ecological Society, presents the results of a Global Sensitivity Analysis to support his position that animal agriculture is responsible for 87% of greenhouse gas emissions, pointing to the cumulative impact of deforestation for animal farming and annual methane emissions produced by cattle, which “cause more incremental global warming than the annual CO2 emissions from all fossil fuel sources combined.”

Subsequent studies have also focused on the methane impact of livestock, with the latest Intergovernmental Panel on Climate Change (IPCC) Report, released on August 9, revealing that industrialized animal agriculture, driven by meat and dairy companies, is a significant contributor to rising emissions of methane— a more potent greenhouse gas than CO2.

Despite the sizeable linkages between the meat and dairy industry and global greenhouse gas emissions, public policy interventions have focused more on lower impact policies such as the elimination of single use plastic bags. According to Wynes and Nicholas (2017) eliminating meat for one year would save 145 times more carbon than eliminating single use plastic bags for the same period. Going plant based is also four times more effective than comprehensive recycling and eight times more impactful than switching from household incandescent light bulbs to light emitting diode (LED) light bulbs.

In the lead up to COP26, the 2021 United Nations Climate Change Conference in Scotland, environmentalists have argued that livestock farming is not sufficiently integrated in the public policy agenda, with more than 50 animal protection, environmental and food justice NGOs producing a joint letter to Alok Sharma, President for COP26 to publicly recognize the environmental impact of animal agriculture at the upcoming conference. According to the letter, “Addressing these urgent areas in the United Nations Framework Convention on Climate Change (UNFCCC) COP26 meeting would help propel governments around the world to take action and would provide world leaders with another high impact option to add to their toolbox for tackling climate change.”

Also to be presented at COP26 is the petition from nonprofit Animal Agriculture and Climate Change, which has already garnered more than 190,000 signatures at the time of writing and is seeking to cross the 200,000 mark by November 2021.

While a number of celebrities and environmentalists, including a few names that Animal Agriculture and Climate Change mentions in its petition have arguably been working overtime to address the proverbial “cow in the room,” others have faced public scrutiny for either inconsistent messaging or a failure to publicly make the causal connection.

Teen environmentalist and vegan, Greta Thunburg has been aggressively trying to heighten public awareness. Having recently collaborated with Mercy For Animals in the production of #ForNature (2021) a documentary which depicts how animal agriculture contributes to climate change, Thunburg stresses that the connection is frequently overlooked in climate talks. Similarly, actor and environmentalist, Leonardo DiCaprio has called on his fan base to give up meat consumption for environmental reasons and served as Executive Producer of Cowspiracy (2014), a documentary that highlights the environmental impact of livestock farming.

Sir Richard Branson’s environmentalism has received mixed reviews. While having publicly acknowledged the causal link between animal agriculture and climate change and having cut back on his own consumption of animal products, environmental organizations have criticized the founder of Virgin Atlantic for his heavy investment in the carbon-intensive aviation industry and recent foray into ozone-depleting space tourism, with PETA arguing that Virgin should begin serving only vegan meals on board its flights.

And while Pope Francis is the first religious leader to have been honored as PETA’s person of the year (2015), given his calls for humanity to view animals as God’s creation, stating that “the Bible has no place for a tyrannical anthropocentrism unconcerned for other creatures,” his failure to connect the dots between greenhouse gas emissions and animal agriculture has been raised by a number of environmental groups.

Marda de Wet, Founder of Animal Agriculture and Climate Change, believes that each of the eight influencers mentioned in her NGO’s petition have the power to sway the discussion.

“We are being selective with whom we’re targeting for this campaign based on their climate change track records. Every one of them has incredible followings and each has used their platform to address climate change front and center, and for that, I commend them,” she says.

“We have the utmost respect for those willing and able to use their influential platforms as a vehicle for advancing discussions around climate change and initiatives that move the needle toward zero emissions,” says de Wet. “Although, it’s disheartening that, just a few months away from the UN Summit on Climate Change, that many celebrity and political activists alike have taken on a moderate approach, in some instances blatantly ignoring the biggest driver of our warming planet, when essential public awareness regarding animal agriculture’s negative implications has become well-known and widely accepted.”

Julie Janovsky, Humane Society International’s vice president for farm animal welfare, echoes, “When it comes to the impacts of animal agriculture on climate change, we cannot continue to kick the can down the road… the COP26 climate change conference offers a vital opportunity for world leaders to take action.”

Animal agriculture is responsible for damage caused by air pollution, land degradation, loss of biodiversity, water shortage and water pollution. And while there are discrepancies in specialists’ opinions on the size of the industry’s contribution to anthropogenic global greenhouse gas (GHG) emissions, it is uniformly accepted that there is a significant causal connection. This is a critical time to raise awareness about animal agriculture’s role in the destruction of the world’s ecosystems and contribution to total carbon emissions.

Gen Zers are coming home for the holidays on mom and dad’s dime, study says
Budget-friendly Gift Ideas for Any Traveler
The easiest way to travel full time? See what a 28-year-old paid for an apartment on a cruise ship
Bespoke Sunseeker 95 Yacht set for Boot Düsseldorf
Special Limited Edition Portuguese Wine Honoring A Leading Figure In The Douro Valley