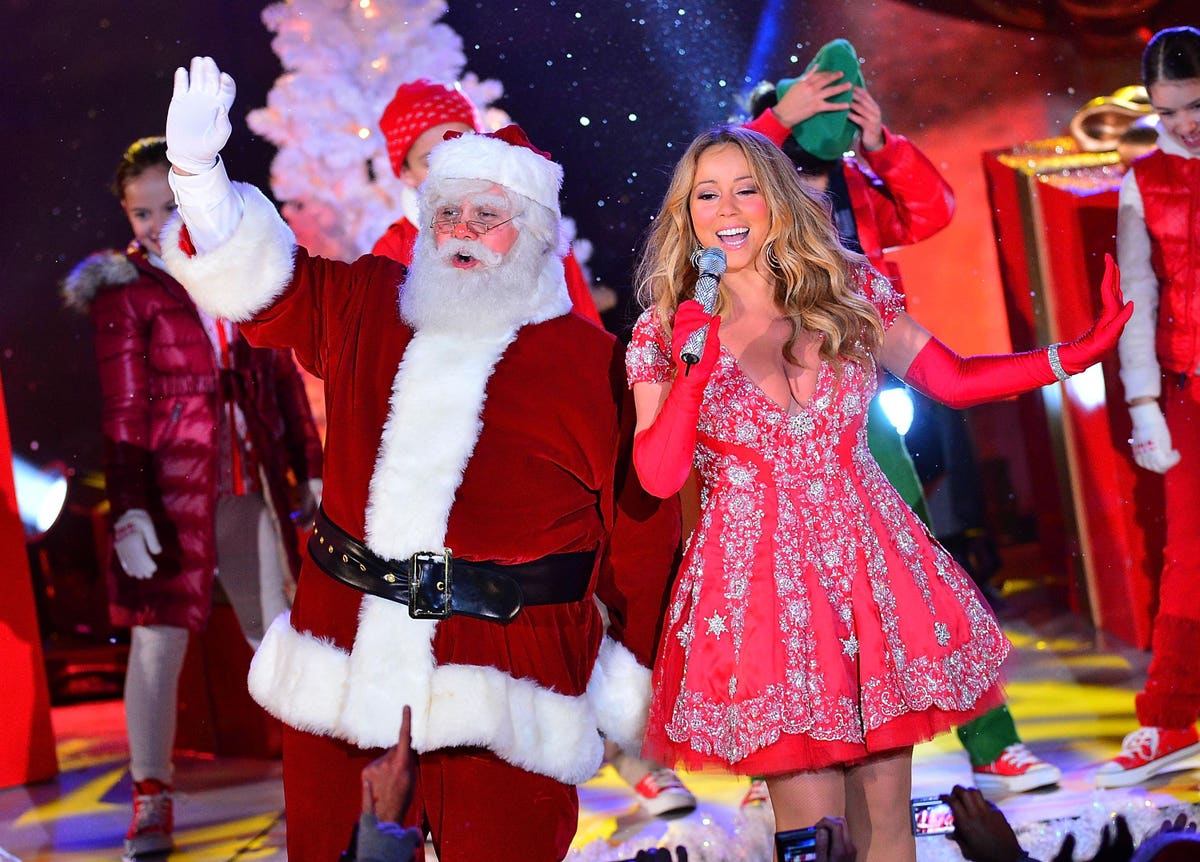 The “All I Want for Christmas is You” songstress (who is both black and Irish), unveiled the venture via Instagram. “Two years in the making. Truly a cause for celebration!!!”

Was Mariah Carey the person we thought would disrupt the Irish whiskey category? Absolutely not, but it’s a tempting market to play in. Bailey’s Irish is currently the best-selling liqueur in the world, generating volume sales of 7.1 million 9 liter cases worldwide in 2020. In a world cluttered by celebrity tequilas, Carey’s making smart moves.

But the bottles aren’t being cracked in celebration just yet. Shortly after the announcement, Carey launched a legal battle after another brand over the legal ownership of the Black Irish name.

Dublin-based Darker Still Spirits Co Ltd currently holds the trademark for Black Irish — a line of oak-aged Irish whiskey blended with strong Irish stout —  in the EU, with stockists across France, Germany, Singapore, and the UK. The company acquired the name in 2015 and the product launched in June 2020.

In 2019, Carey’s team applied to trademark both the name and the word mark “Black Irish” for use on alcoholic beverages, spirits, and liqueurs in the US market. The product came to market two years later, on August 16, 2021.

According to a deep dive by Currency News, the last year has been spent in a legal battle between the two brands. Carey’s team is objecting to Darker Still Spirits’ trademark over the name in the UK and EU, citing branding conflicts as the predominant issue.

“We call on Mariah Carey’s appointed agent to stop claiming trademark rights to other products owned by our directors,” says drinks industry veteran and Darker Still Spirits Company’s founder  David Phelan via email. “It’s a presumed as a tactic to undermine our wider businesses.”

“The Darker Still Spirits Company can confirm that despite unfounded objections from Mariah’s team we still have the legal ownership of the ‘Black Irish’ trademark in the EU & UK,” Phelan says. “Following a successful acquisition of the brand name that was filed with the relevant IPO office in 2015, we launched the original Black Irish Whiskey brand in June 2020. It is a unique offering, named after, and created using, Ireland’s two most famous exports — black stout and Irish Whiskey.”

Carey’s version has three flavors; an original, a salted caramel Irish cream, and a white chocolate riff — all appropriate considering Carey’s role as unofficial Queen of Christmas (and one who bathes in milk). All are emblazoned with a very Carey mantra, “a case for celebration.” The product is bottled at 17% ABV.

On the other side of the pond, Darker Still Spirits’ take calls for Irish Whiskey aged in charred oak barrels alongside chocolate malt, stout, and roasted barley.

For Darker Spirits’ Phelan, Carey’s spirit just isn’t authentic. The songstress’ spirit is billed as being Irish-made, though Phelan questions how the spirit could have been produced without a registered EU or UK brand name.

“Similar rules apply to Irish cream as to Champagne or Cognac, and questions are now being prepared to Mariah’s brand team to ascertain how a ‘Geographic Indicator’ Irish Cream Liqueur, could have been produced on the island of Ireland without the relevant EU Trademark permissions,” says Phelan. “What is certain is that we will continue fighting any trademark objection whilst also engaging with the European Commission in regards to specific legalities surrounding Irish cream production.”

Carey’s legal team has objected to Phelan’s trademark, stating it had “not been put to genuine use within a continuous period of five years,” according to the Irish Times. Darker Still Spirits Co has rebutted by showing off test sales runs over 2019.

Carey’s launch follows the relief of punitive US tariffs on several categories of UK imports, including Scotch and Irish cream liqueur. In October 2019, the U.S. imposed a 25% tariff on imports of single malt Scotch, Single Malt Irish whiskey from Northern Ireland, and liqueurs and cordials from Germany, Ireland, Italy, Spain, and the United Kingdom — including Irish cream.

The end of tariffs has pushed a significant resurgence of new products in the US market, with a large number of new foreign brands beginning to target the American market.

Ongoing litigations will provide clarity on these claims. Until the dispute is settled, Black Irish (Mariah edition) is limited to distributing within the United States.