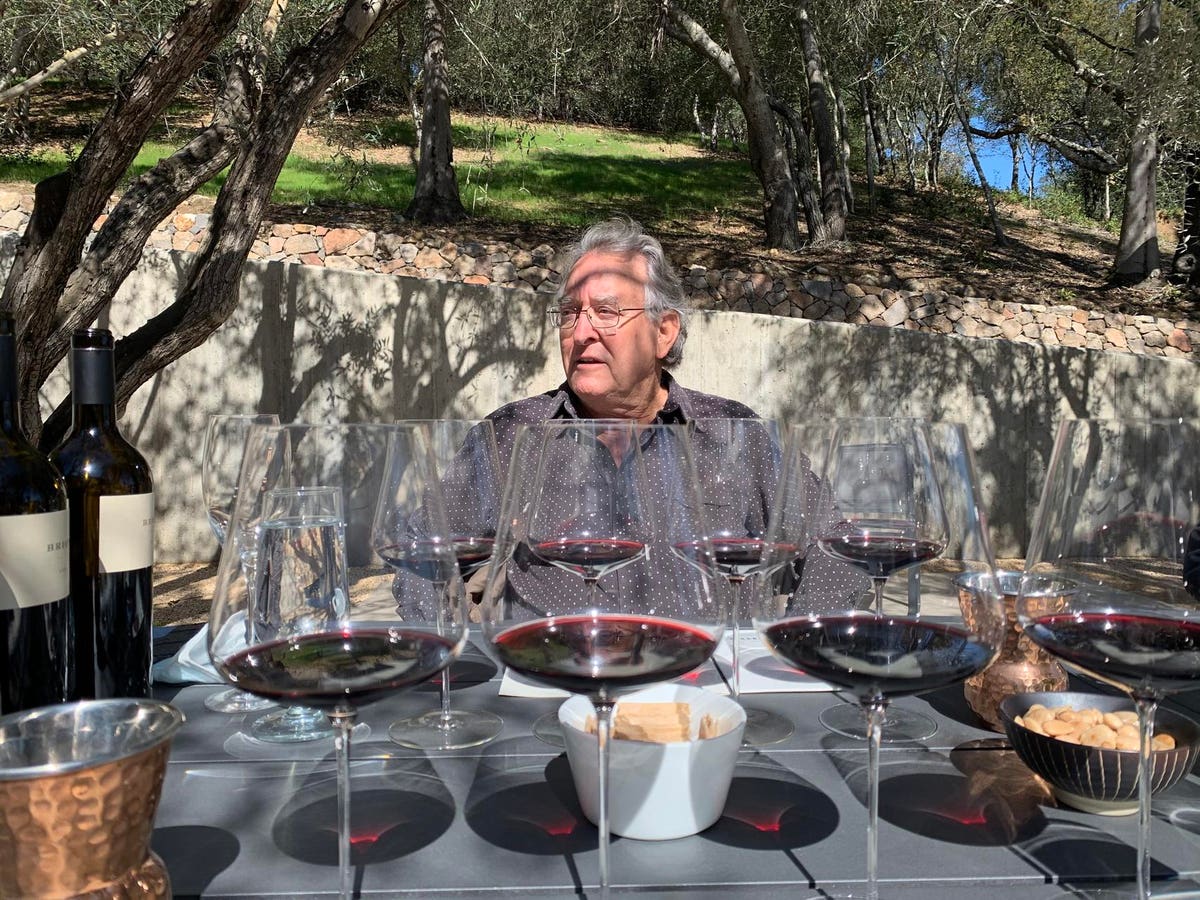 Brion Wise is not a cookie-cutter kind of winemaker. He learned about agriculture growing up on a fruit orchard in Washington, where he became curious about the varieties of apples and peaches his family grew, and where the notion of terroir was subconsciously planted. He studied chemical engineering, and his first job was with Shell Oil. At 26, he launched his own business that would take him to the far corners of the world, where he dined in world-class restaurants and drank unparalleled wines that piqued his interest in crafting his own wine that would stand up to the best he’d tasted.

In 1993, he began looking for the right property in California, and he ended up buying a former cattle ranch in what would become the Moon Mountain AVA, which he built from the ground up, including digging a well on the land. This property, now known as B. Wise Vineyards, was where Wise’s love of experimentation got full play. Estate wines grown there include Cab Franc, Zinfandel, Tannat, Petite Sirah and Syrah. For him, everything is centered around the act — the art — of farming. He and his wife Ronda grow and cure their own olives and make their own prosciutto, and they manifest deep involvement in every aspect of winemaking that matters, which is, well, all of them.

The BRION label was once a quiet subplot of the B. Wise story, launched in 2002 to focus on single-vineyard Cabernets in 2002. The success of the project led the Wises to push these wines more into the limelight as a standalone brand in 2014. The story got even more interesting when Brion discovered an old bank barn built in 1876 on the property of Sleeping Lady Vineyards at the base of Mount Veeder in Yountville. To hear him tell it, he was hooked on the idea of restoring the barn as a tasting room for BRION, but it was a difficult proposition for his engineer. He persisted, and the tasting room, whose interior is done in a spectacular eclectic style by Ronda, opening in March of this year. It’s one of the most beautiful places in Napa to while away an afternoon.

What makes these wines unique — beyond clonal selections and terroir — is that Wise works with a different winemaking consultant for each vineyard site he has selected for his terroir-specific bottlings: Massimo Monticelli makes the Moon Mountain wines; Mark Herold works with the fruit from Caldwell Vineyard (in the Coombsville AVA) and Oakville Ranch; and Julien Fayard crafts the wines from Sleeping Lady Vineyard.

At a recent lunch with Fayard, the talented winemaker waxed poetic about minimal intervention and really listening to the grapes and following them where they lead. It’s clear that Wise places a great deal of trust in Fayard and the other team members to execute his vision. And these luminous wines express that vision with equal parts grace and confidence.

The property is holding a series of summer dinners, and the next one up will be on September 18th with Chef Michael Chiarello and Fayard. Tickets must be purchased in advance by calling Michael Green, Director of Private Clients at (707) 339-7686 or emailing michael@brionwines.com. Private tastings are also available by appointment. Email inquire@brionwines.com for more information.