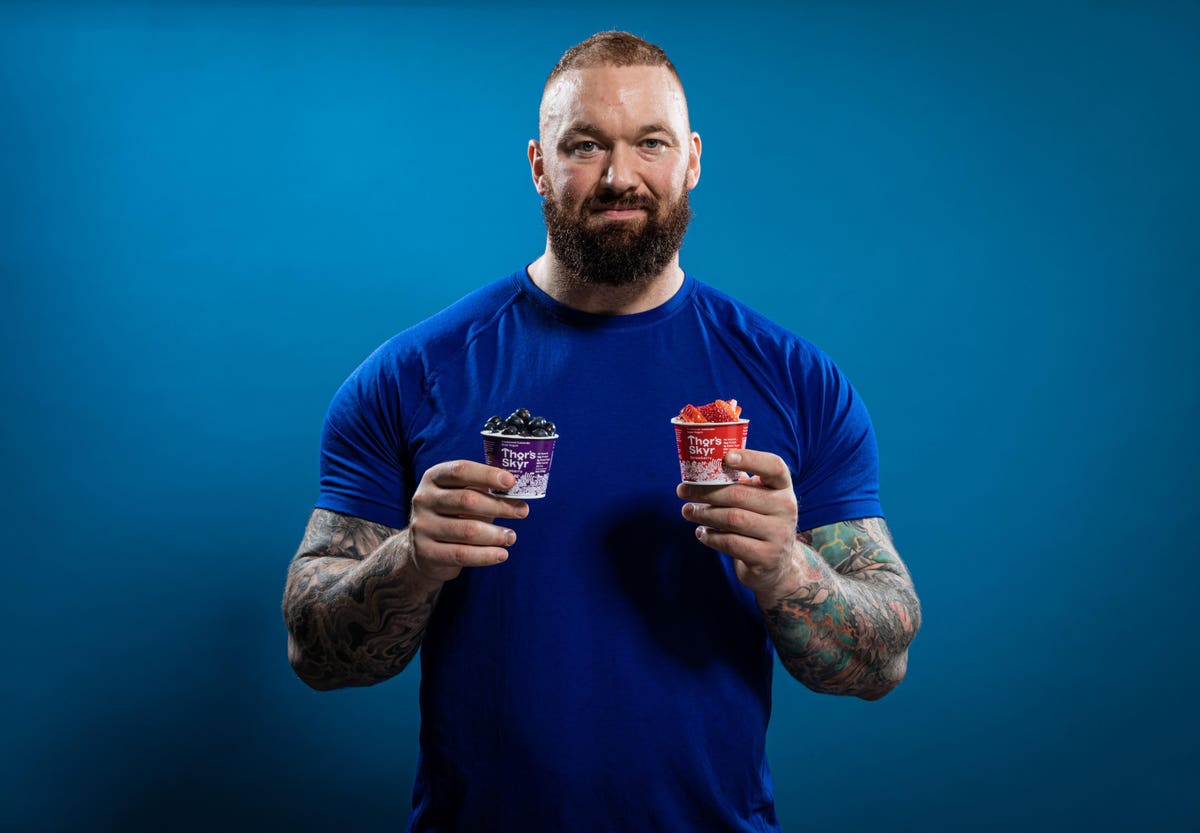 Yogurt sales in the U.S. have been relatively flat over the past decade, the latest Statista data showed, expected to increase slightly to $7.24 billion. But skyr has carved out a sweet spot in the increasingly competitive market, outgrowing several subcategories such as Greek yogurt, according to Nielsen.

American tourists’ frequent request for the traditional Icelandic dairy delight at Danielsson’ previous restaurant in Reykjavik, which was forced to shut permanently during COVID, makes launching Thor’s Skyr in the U.S. a no-brainer. The product currently comes in original, vanilla, blueberry, and strawberry flavors.

Danielsson initially partnered with Sprouse, who he recalled so obsessed with Icelandic culture that even attempted to make skyr in his own kitchen, before onboarding long-term friend Björnsson as their third cofounder — the company shares are equally divided among the trio.

“Dylan is a little ‘Iceland crazy,’ and he’s probably the only Disney star who actively follows Ásatrú, the traditional Nordic religion of Thor, Odin, and the other Nordic gods,” Danielsson jokingly said. “Hafþór and I used to work together in the nightlife industry many years ago. It’s weird that we have all these world-class strongmen in Iceland eating loads of skyr every day to bulk up, but none of them represent a skyr brand.”

For Björnsson himself, being a brand ambassador for Thor’s Skyr is personal, and he plans to leverage his enormous fan base to launch the product on a social platform called Thor’s Academy. Björnsson said: “I represent the real results of skyr. Thor’s Skyr from the beginning was about bringing more than a tasty treat; it’s about a lifestyle of health and fitness.”

To create the nutrient-dense product that contains 17 grams of protein and one gram of added sugar per cup, the team signed up with Reykjavik Creamery, a dairy co-manufacturer in Pennsylvania operated by a fellow Icelandic Gunnar Birgisson, whose family traces their connection to skyr back to 1647.

The 13,000-square-foot gluten-free plant, equipped with additional storage and shipping capabilities, currently runs in two shifts, processing around 100,000 gallons of milk per week all sourced from local dairy farms within the state, according to Danielsson. Its Tetra Pak ultrafiltration system developed in Iceland also helps reduce lactose content by half.

The size of the facility is expected to more than double by 2022 to support Thor’s Skyr’s rapid expansion as it’s already available at 500 different regional retailers that cover the majority of the U.S., including Giant and Earth Fare, with pending partnerships with several national retail chains.

“Our goal is to be in 10,000 stores next year, and we believe our brand can help grow skyr’s share among the overall yogurt market significantly,” Danielsson said, noting how Thor’s Skyr also has the potential to enter adjacent snacking categories such as nutritional bars — a model that has proven successful for many skyr businesses in Iceland.

The growing presence of skyr is also a good sign for many U.S. dairy farmers who feel increasingly threatened by the plant-based movement and rising operation costs, Danielsson believes, coupled with the recent milk price rebound.

The average of inflation adjusted milk prices have increased to $3.32 per gallon in 2020 after dropping below $3 for the first time in 2018 since 2004, according to U.S. Bureau of Labor Statistics.

“Skyr is more than a breakfast food or something for a packed lunch,” said Danielsson. “We’re hoping to maneuver into the snacks market to create something people can easily grab and feel good about.”