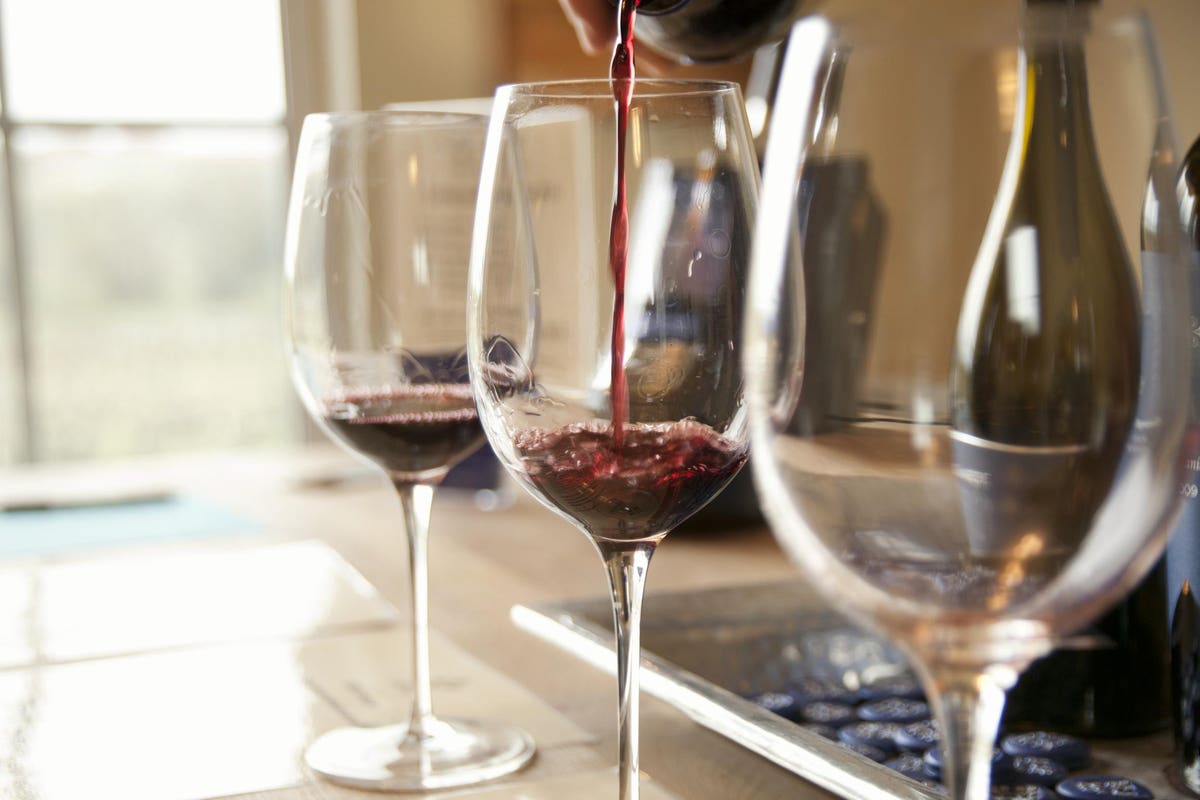 To be clear: There are many very compelling wines in Sonoma right now in addition to the four that I describe below.

These four do, however, take the pulse of Sonoma’s current goings-on. They are the wine equivalent of catching someone’s eye from across a crowded room. And, as I wrote in Part One of this post, these wines represent Sonoma’s past, present and future in unique and exciting ways.

This short list of four wines include an enticing blend of vintages from historical properties that represent the past, namely the 2018 Fort Ross Vineyard Pinot Noir from Gary Farrell and the special 40th anniversary blend of three vintages of cabernet sauvignon from Laurel Glen. The “present tense” is represented by the tank sample of pinot noir from Rob Rubin Winery, which reflects the urgent crush of this year’s harvest. And I caught a glimpse of the future in a cheeky and unexpected grenache from Hamel Family Wines that points toward uncharted and very compelling days and years ahead.

Here’s a little more context for these wines to describe why they “work.” I encourage you to track them down and take the pulse of Sonoma for yourself.

There’s something of a whisper about this wine’s quiet individualism. This is pinot pinot, so to speak: it’s pinot noir in what I consider the old-school style, before today’s higher alcohol levels and the louder, cab/merlot profile of wine started confusing pinot’s profile in the eyes of consumers. (That confusion is a topic I covered in an article a few weeks ago, about wine drinkers wanting pinot noir but without the pinot noir.) It isn’t easy to grow or make pinot, and certainly not in the Fort Ross area of Sonoma county. This vineyard is located less than a mile from the Pacific Ocean in the tiny Fort Ross-Seaview appellation, and it is recognized as one of the closest vineyards of the California coastline. Its origins are remote and rugged, and this wine from 2018 nonetheless maintains its identity and its composure as Sonoma pinot noir.

The first “hit” of this wine is that it’s cabernet sauvignon from Sonoma Mountain. (In case you haven’t picked up on this yet, I’m a kind of sucker for off-the-beaten path vineyards, wines and people.) The second “hit” of this wine is that it’s from Laurel Glen, which has been producing cab from organically farmed vineyards since 1968, and represents the tenth anniversary of new ownership under Bettina Sichel and her team. The third “hit” is that it’s a blend of three vintages (2007, 2011 and 2012) to commemorate the estate’s 40th anniversary. It sounds like it shouldn’t work or that blending wine from three different years is something that shouldn’t be happening. But it did. And we’re glad.

This wine caught me way off guard. I expected cabernet sauvignon from Hamel. I expected Bordeaux varietals, and even zinfandel. But grenache? It took me a minute to get my head around the idea and what that means for this producer in their particular area of Sonoma. I also learned during this tasting that Hamel has also been working with terroir expert Pedro Parra; I was suddenly less disoriented, and things began to make sense. (Last year I wrote a post in this column called “Who’s This Pedro Parra Guy Anyway? And Why Do Wine People Love Him?” That gives you a sense of why the intrigue barometer went way up when I learned of his involvement.) I found this grenache to be much like Parra himself: oddly compelling in a fun, tell-me-more kind of way. It takes a minute to get used to. It did not take a minute, however, for me to know that I wanted more of the wine in my glass.

I am neither winemaker nor chemist, and I do not know how this wine is going to taste in six months or a year from now. I am an observer, however, and what I know from observing winemaker Ed Morris on the crush pad and in the barrel room last week, is that these are happy grapes and happy juice. He is a happy winemaker, with the perspective of having survived (there is no other word for it) the ravages of recent vintages, and understanding the environmental benefience of 2021. Morris is also a fourth-generation craftsman by trade, having shifted to winemaking from coopering, or barrel-making. He is an agile “bridge” from past to future, with this tank sample’s very brief pause in the present tense of Sonoma’s goings-on right now.