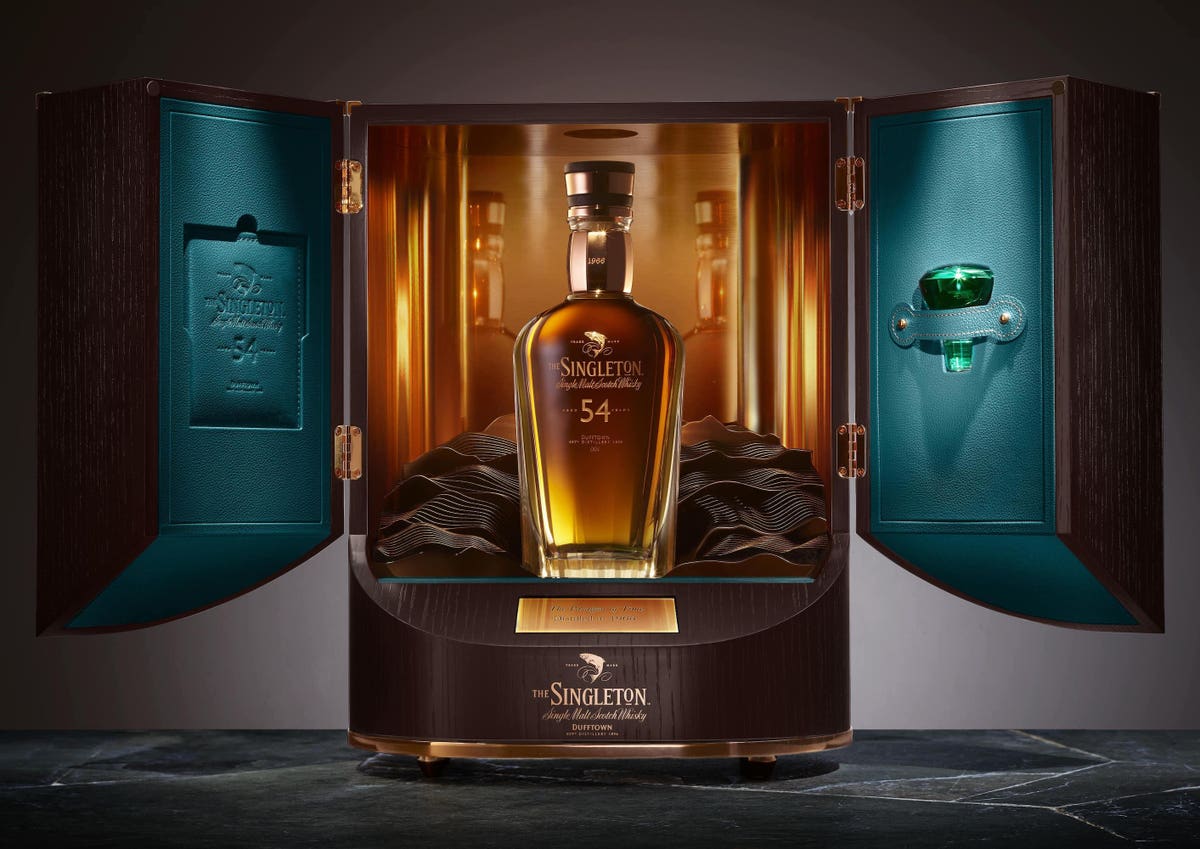 You have to respect a whisky that’s reached middle age—or beyond. And as far as I’m concerned, there’s no mandatory retirement age for whiskies of this caliber. By the time they’re eligible for an AARP card, you’re usually drinking something incredibly special—something that deserves more than thirty minutes of your time. After all, it took decades for these expressions to make it to the bottle and they deserve better than to be consumed hurriedly and without much thought.

At least that’s how I felt after recently sampling three Scotches that were older than my 39 years: Talisker 43 Xpedition Oak, The Singleton 54: Paragon of Time No. 2, and Gordon & MacPhail’s Generations 80 Years Old—all of which were stellar in remarkably different ways.

And as with many things that take an extraordinary amount of time and care to create, every single one of these expressions will cost you dearly—unless you’re lucky enough to be sitting on Bezos-level wealth. And if you are, I encourage you to seek these bottlings out. Their allocations are extremely limited—and if you wait too long, you may end up paying more through secondary markets. Or worse, you may not be able to find them at all. So consider this an “whisky investment tip” from your Scotch-loving Asian auntie.

In true Isle of Skye fashion, Talisker 43 is briny and saline without being overpowering. And one of its more alluring qualities is its mildly saccharine finish that lingers for longer than any veteran whisky drinker would expect. And in my mind, it’s all about that finish—a finish like that is no easy feat to achieve. (And quite frankly, it’s not like one can completely control what a whisky’s finish is going to be like.) Beyond that, there’s a fun little story behind Talisker 43’s flavor profile: This particular expression is due, in part, to the staves used. Adventurer James Aiken took on a 3,264-mile transatlantic journey, carrying wooden staves on the deck. When he returned to Scotland, the aforementioned staves—which were splashed with seawater and exposed to the elements—were incorporated into the casks used in Talisker 43’s final maturation. And it made all the difference. “This whisky is a sublime single malt that captures the pinnacle of the key aromas of Talisker: spice, sweetness, waxy and creamy, with a sense of the sea salt spray, the morning after a storm,” says Ewan Gunn, Diageo’s senior global brand ambassador. “The four decades of maturation have given a full flavor, yet a softness to this bold dram resulting in a rounded and elegant experience.”

The Singleton Paragon of Time No. 2: 54 Year Old

I’m not ashamed to say that out of the three expressions on this page, The Singleton 54 is, by far, my favorite of the lot: For one thing, there are ten million things going on in your palate. You see, with something that’s more than half a century old, you tend to expect something “duller” or a little bit more subdued by time. Or you could get something that’s overwhelmingly oaky. However, what you get is quite the opposite: This 54 year old is vibrant—like a woman who didn’t let this crumbling world mess with her verve. It is bright. It is fresh. It is very much “alive” in taste. And it reminds me of wet grass and verdant greenery—like the aroma of Scotland after a torrential downpour. It’s important to note that I tried this (and the other expressions) more than once, a few weeks apart, as God intended. And one thing that resonates with me about this final Paragon of Time release is how it changes in your mouth as you sip. And it changes the second time you have it—making you notice the other subtle nuances. Over time, that “clean green” flavor gives way to a quiet sweetness that is barely detectable—but also rich. Its balance is incredible. So much so that there’s no need for drop of water to open it up.

If SNL’s Stefon were a whisky reviewer, he’d recite his classic line: This Scotch has everything! And it truly does. While this 80-year-old masterpiece is a classic Sherry bomb, it’s kaleidoscopic in flavor, especially as you sip through it: You’ve got very dark cocoa nibs, coffee grinds, dried citrus rinds, stone fruit, and an overall dark foresty flavor. Gordon & MacPhail’s Generations 80 Year, I should note, is a multi-course meal and best consumed alone in the company of a fireplace and some warm (or deep) thoughts. This is not the kind of whisky I would pair with anything, because its flavors evolve, as any well-made whisky does. It’s the kind of dram that makes you want to think. But more on its history: In February 1940, George Urquhart laid down distillate from Glenlivet in an oak cask custom made specifically for Gordon & MacPhail. And the contents of that cask (No. 340) was bottled on February 2020. Designer and architect Sir David Adjaye OBE designed it’s stunningly modern Glencairn crystal decanter—while the huband-and-wife team behind Wardour Workshops, Arabella and Dom Parish, created an oak “pavilion” to house it. Decanter No. 1 will be auctioned off at Sotheby’s in Hong Kong on October 7 (with an estimate of HK$ 800,000 to HK$2,000,000). The winning bidder will also get to meet Adjaye during a whisky tasting for four in London—led by Gordon & MacPhail’s director of prestige, Stephen Rankin. Additionally, the winning bidder will also get the framed cask head of Cask No. 340 and the only signed lithograph of Adjaye’s concept studies. Proceeds from the auction will benefit Trees for Life, an organization dedicated to the rewilding of the Scottish Highlands—specifically the Caledonian Forest.