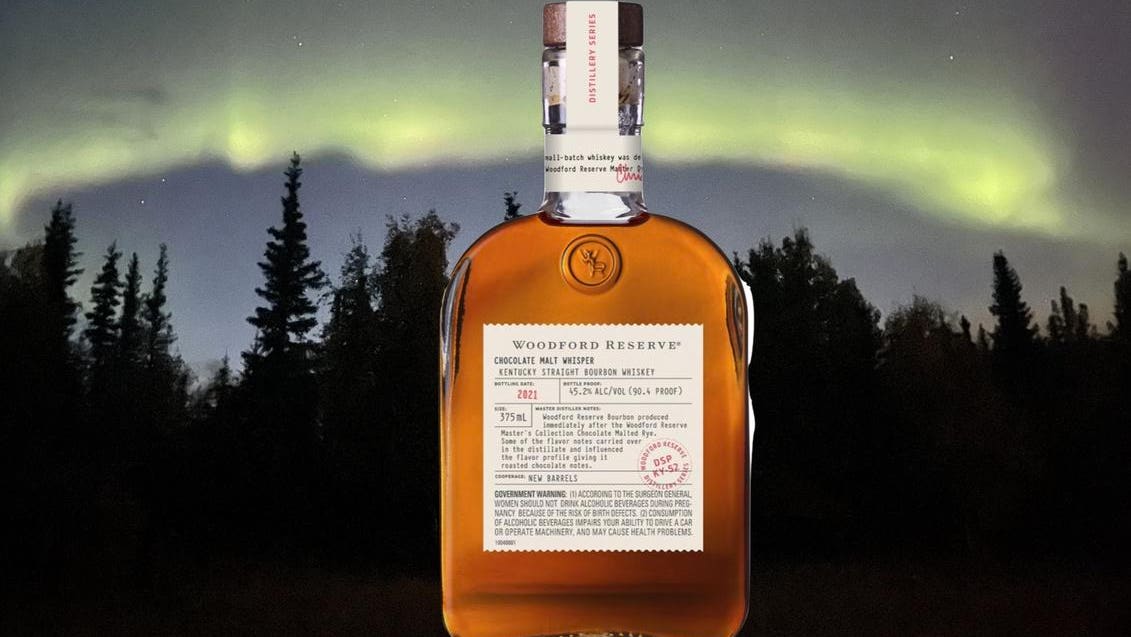 ‘Tis the season. Whiskey fans the world over are eagerly awaiting the many special releases ready to hit shelves as the holidays approach. A perennial favorite among them is the Master’s Collection from Woodford Reserve. This annual one-off gives master distiller Chris Morris the opportunity to play around with everything from the corn to the cask.

Some truly unique liquids have arrived in the bottle over the past few years, including the 2019 Chocolate Malted Rye, which, despite its name is actually a bourbon containing 15% of the namesake grain against its high-corn mashbill. Although the tasting notes of the resulting spirit include cocoa powder, caramel and shortbread biscuits, there is no actual confection to be found here. Just a rich and roasty dram that remains in high demand these days.

Fans of the exclusive expression ought to take note of Woodford’s newest offering, Chocolate Malt Whisper. Although this limited-edition bottle is not part of the aforementioned Master’s Collection, it is—in some ways—a sister release to that very same 2019 Chocolate Malted Rye.

Dark roasted malted rye, it turns out, has a way of leaving its mark on the production line. This includes the fermenter and even the still. The way we know this is because the Chocolate Malt Whisper is the the wash that was laid down in the still directly after the Chocolate Malted Rye run. It still wore some of the same roasty, chocolate notes in that subsequent run, and Morris was too smitten with the result to ever consider it a mistake.

“Sometimes unforeseen developments occur in the distillery that result in great flavors,” he says. “This is one of those cases.”

File this one under “happy accident,” as the liquid itself is a dessert dram of significant stature. Citrus zest and melted cocoa powder on the nose are eventually overrun by dark chocolate and slightly smoky celebrations on the back palate. Just don’t get too into these flavors. Because as part of the nascent Distillery Series, produced in extremely limited quantities, this is a bottling that you can expect to move fast as the festive moods draw near. Even with a suggested retail price tag of $50—for a half-size bottle (375 ml).

Along with assistant master distiller Elizabeth McCall, Morris is finding even more outlets for playfulness in their Distillery Series. He describes it as a way to push the creative boundaries of whiskey to the extreme. This is the second of three such entries for the calendar year of 2021. And for this particular example, you’ll have to be in the Bluegrass State to enjoy it most immediately. It’s available exclusively at the Woodford Reserve Distillery in Versailles, Kentucky—as well as at select retailers scattered about the state. To check on availability, remember: the internet is your friend. And so is the essence of chocolate in your bourbon. Pour accordingly.

The Trailblazers: Introducing Dishare
Welcome To The Year Of Yaupon Tea
Top Landmarks to Celebrate Black History Month
Fungi-Powered Ingredients Startup Michroma Promising To Remove Petroleum From Food Colorings Raises $6.4 Million In Venture Funding
Not a fan of cruising? The hack that could change your mind