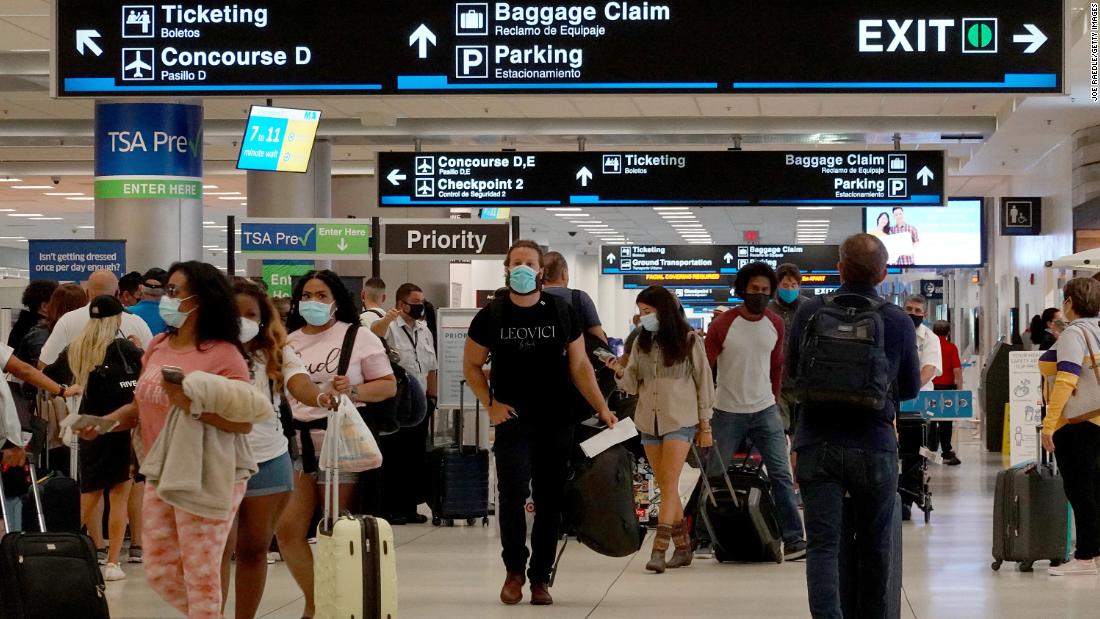 FAA figures released Tuesday show more disruptions on commercial flights in the past week than any week in the past two and a half months.

The FAA says there were 128 new incidents reported by flight crews, bringing this year’s total to 4,626 incidents. The new number is the highest weekly figure since the FAA started releasing weekly data on July 20.

About 72% of issues in the past week were over the federal transportation mask mandate, figures show.

The FAA adopted a zero-tolerance policy for unruly, sometimes violent passengers on board flights earlier this year.

One $45,000 fine announced in August was against a passenger accused of throwing his luggage at another passenger and, while lying on the aisle floor, “grabbing a flight attendant by the ankles and putting his head up her skirt.”

Another passenger would not wear his face mask, the FAA, said, and “acted as though his hand was a gun and made a ‘pew, pew’ noise as if he was shooting a fellow passenger.”

The rise in unruly passenger behavior logged by the FAA comes as airport security officers are finding weapons more frequently than they did before the pandemic, even as the number of people traveling is still down.

In late September, Transportation Security Administration chief David Pekoske said his agency has found about 7,900 weapons including firearms so far this year, including 4,500 he described as “live weapons,” such as loaded guns.

TSA typically releases only the number of firearms its officers find. Last year, TSA found 3,257 guns and 83% were loaded. That was less than the record set in 2019 of 4,432 firearms, but air traffic was significantly lower in 2020 because of the pandemic.

At the end of September, TSA had screened about two-thirds of the volume it saw at the same point in 2019.

“These are big numbers,” Pekoske said at a conference held by the Regional Airline Association. “The rate per million passengers is much higher now than it was two years ago.”

He said officers have also seized more than 3,200 items prohibited from aircraft cabins, such as knives and throwing stars.

At the same time, TSA officers are dealing with enforcing the federal transportation mask mandate and agitated or violent travelers. Pekoske said 110 TSA officers have been assaulted this year.

He declined at the time to say whether the mask mandate will be allowed to expire in January or whether it will be extended again. About 3,600 violations have been reported to the TSA.

Best Things To Do for an Unforgettable Valentine’s Day
Antibiotics Use In Farm Animals Is Growing—Here’s Why It Could Pose A Danger To Humans
Top Landmarks to Celebrate Black History Month
After a catastrophic break-up I travelled the world solo – here’s what I learnt
Looking For Non-Alcoholic Drinks? Japanese Tea May Be Your Perfect New Companion