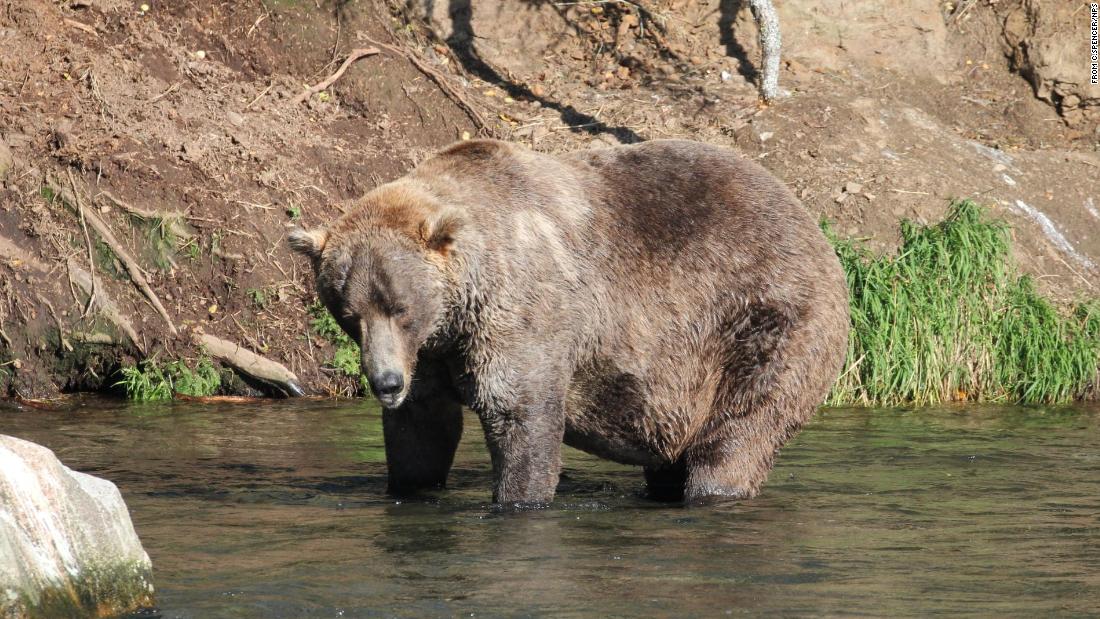 Travel
Share on Facebook
Share on Twitter
Share on Pinterest
Share on LinkedIn
(CNN) — A generously girthed brown bear by the name of 480 Otis is again the winner of Fat Bear Week, the fourth time this ursine wonder has claimed the crown.
The portly veteran — who was also champion in 2014, 2016 and 2017 — defeated ​​151 Walker as voted by the public, according to the Katmai National Park & Preserve in Southwest Alaska.

No details were available about Otis’ weight, but Walker’s biography disclosed that he was believed to weigh 1,000 pounds last year “but appears to be larger this year.”

Twelve bears started in the celebration of corpulence on September 29 before the final online showdown Tuesday.

“As we celebrate, like a true champ 480 is still chowing down,” the park said after the votes were counted.
The achievement is even more remarkable given that Otis, at around 25 years old, is one of the older bears at Brooks River and, according to his biography, “is missing two canine teeth and many of his other teeth are greatly worn.”

The fatter the bear, the healthier they are

Fat bears thrive in Katmai, specifically on the Brooks River. It’s one of the largest and healthiest “runs” of salmon — that’s when salmon migrate upstream and lay eggs on riverbeds — in the world, according to the park. And in Alaska’s Bristol Bay, where part of the park is located, brown bears outnumber the human residents.

The fatter the bear, the healthier they’ll be when they emerge from hibernation. The national park’s bears fatten up before they hibernate for the winter, when they must live off their fat stores while waiting out the cold weather in their dens.

Male brown bears weigh anywhere from 600 to 900 pounds and by the time they go into hibernation, can jump up to a staggering 1,000 pounds, according to the park. Adult females usually weigh about a third less. The bears often get so big, that they have to dig a hole to stuff their belly in when they lay down to rest.
“During peak season, we have seen bears catch 40+ salmon in a day (though 20 salmon is more common),” the park said on its Facebook page. “And if you estimate each salmon has roughly 4500 calories pre-spawned, that is a lot of food!”

It added: “We haven’t seen bears so fat they can’t move, but we have seen bears definitely have difficulty navigating steep banks down to the river.”

CNN’s Scottie Andrews and Christina Maxouris contributed to this report.

The best restaurants in Vail
Where To Celebrate New Year’s Eve In New York City
The best accommodation in Vail
An expert guide to ski holidays in Les Gets
From DJ To Startup Founder: How Jilly Hendrix Leveraged The Business Of Entertainment To Become An Entrepreneur And Investor