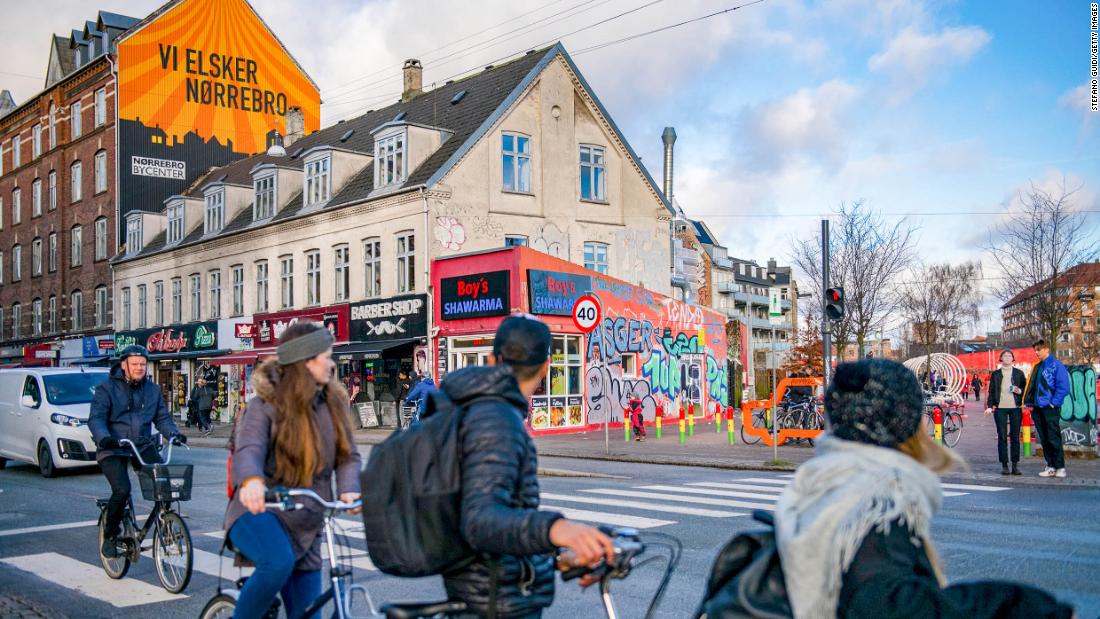 (CNN) — A foodie hub in the Danish capital that’s seen new businesses thrive even in the depths of the pandemic has been crowned the world’s coolest neighborhood by Time Out.

Nørrebro, Copenhagen topped the global media brand’s 2021 list, which was compiled via a survey of some 27,000 people living in cities across the world and narrowed down by Time Out’s global team of editors.

In the wake of Covid-19, Time Out says community spirit played a big part in selecting the top districts.

“The pandemic was pretty crushing for cities and culture and hospitality businesses,” Caroline McGinn, Time Out’s global editor in chief told CNN Travel. “But each of these places has its own story to tell about how people came together to support each other – and inventing new grassroots culture along the way.”

Andersonville in Chicago, known for its thriving LGBTQ+ scene and green spaces, came in at number two on Time Out’s list, while historic Jongno 3-ga in Seoul, South Korea got the number three spot.

Number four went to the Edinburgh neighborhood of Leith, a former industrial area of the city that’s got a burgeoning creative scene and a growing list of top restaurants. Rounding out the top five is the artsy Station District of Vilnius, in Lithuania, with Time Out praising the city’s street art and bar scene.

The Edinburgh neighborhood of Leith is number four on Time Out’s list.

Number one neighborhood Nørrebro was recommended by Time Out not only because of its bustling businesses old and new, but for its recent community initiatives, from a car-free Sunday program to an interactive art exhibition named Usynglige Stier (“Invisible Paths.”)

“Ratings aren’t the whole story, it’s also about the vibe,” said McGinn, explaining that the Time Out editors finessed the list with an important localized perspective.

“City neighborhoods are dynamic, they change quickly. And that can be a really good thing: looking at some of the cool ideas that became reality really quickly during Covid.”

Time Out also says sustainability was at the forefront of its decision making: number two pick Andersonville, Chicago, was celebrated for its eco-friendly composting program Clark Free Composts, while Sai Kung in Hong Kong (number nine) was commended for its zero-waste stores and environmental group Friends of Sai Kung.

Number 10 on Time Out’s list is Richmond in Melbourne, Australia.

McGinn said the Time Out survey underlined how cities have been impacted by the pandemic differently, but one unifying factor was “a big shift towards localism and hyperlocalism, which is here to stay.”

“People hung out in their neighborhoods, depended on them for sustenance, community and social life, and in many cases fell in love with them,” she said.

Such local spots are the “soul of our cities,” said McGinn.

“When Time Out curates the best of the city, our editors are on the hunt for joyful surprises: the off-radar, new, local spots that don’t have a slick marketing department but are wonderful. We look for all the obvious things — flavor, authenticity, excellence — but also the secret sauce, venues where the vibe and the experience really swing, and seem definitive for this place and time.”