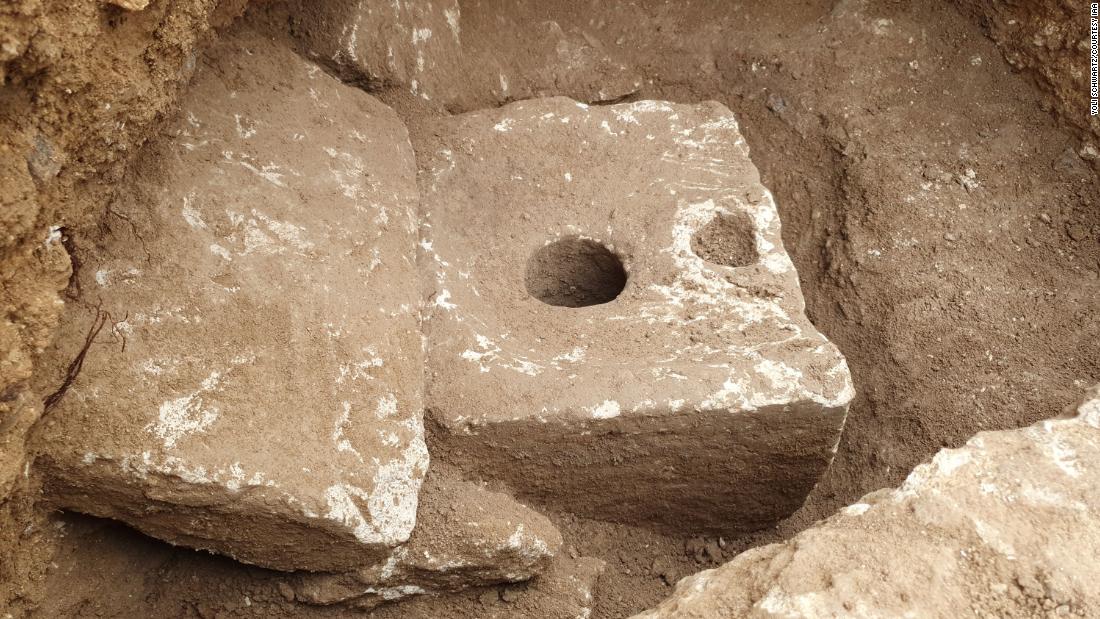 (CNN) — A 2,700-year-old toilet has been found during archaeological excavations of a former royal mansion in Jerusalem.

Dating from the end of the 7th century BCE, the private toilet cubicle, was unearthed in the remains of the building, which overlooks the City of David archaeological site and the Temple Mount, according to a press release from the Israel Antiquities Authority (IAA), published Wednesday.

The royal estate operated at the end of the Kings of Judah period, according to the IAA, before Israel was crushed by the Assyrians.

Hewn from stone, the bathroom is a rectangular cabin with a carved toilet that stood over a deep septic tank. “The toilet, made of limestone, is designed for comfortable sitting, with a hole in the center,” the IAA wrote.

Yaakov Billig, director of the excavation for the IAA, said private toilet cubicles were very rare in antiquity, and only a few have been found.

Archaeologists believe a magnificent palace once stood on the site.

“In fact, only the rich could afford toilets,” Billig said in the press release.

“A thousand years later, the Mishnah and the Talmud raised various criteria that defined a rich person, and Rabbi Yossi suggested that to be rich is ‘to have the toilet next to his table,'” he added.

The Mishnah is the earliest written codification of Jewish oral law, and the Talmud is a compilation of ancient teachings. Rabbi Yossi was one of the most famous teachers of the Mishnah.

The septic tank beneath the toilet contained a large amount of pottery and animal bones, according to the IAA, which were collected along with the soil fill.

Studying these materials could add to our understanding of the lifestyle and diet of the period, as well as ancient diseases, the agency said.

Excavations also unearthed a large amount of pottery and animal bones in the septic tank.

At the wider excavation site, archaeologists discovered stone capitals in a style typical of the period, and small columns that were used as railings for windows.

The team also found evidence that there was a garden near the toilet, with ornamental trees, fruit trees and aquatic plants, adding to the impression that an extensive palace stood on the site, according to the press release.

“It is fascinating to see how something that is obvious to us today, such as toilets, was a luxury item during the reign of the kings of Judah,” IAA director Eli Eskosido said in the statement, adding: “Jerusalem never ceases to amaze.”

More details about the excavation are due to be revealed at a conference, named “Innovations in the Archaeology of Jerusalem and its Surroundings,” taking place Wednesday and Thursday in Jerusalem and online.

Israel has long been a rich source of archaeological finds.

In April, a well-preserved 1,600-year-old mosaic was unearthed by archaeologists working in the Israeli city of Yavne.

The mosaic, which dates from the Byzantine period (300-400 AD), was found as archaeologists unearthed an extensive industrial zone that operated for several centuries.

And in March, dozens of fragments of a Dead Sea Scroll bearing biblical text were found by archaeologists working in the Judean Desert.

The fragments were the first pieces of the Dead Sea Scrolls found in around 60 years and were recovered from a cave where Jewish rebels against the Roman Empire hid around 1,900 years ago.

Antibiotics Use In Farm Animals Is Growing—Here’s Why It Could Pose A Danger To Humans
The Trailblazers: Introducing Dishare
Fresh Take: Tyson Heir Settles With Guilty Plea, And Cracking Open The Issue Of High Egg Prices
Winter weather disrupts hundreds of flights across Texas
Here’s where mainland Chinese traveled overseas for the Lunar New Year