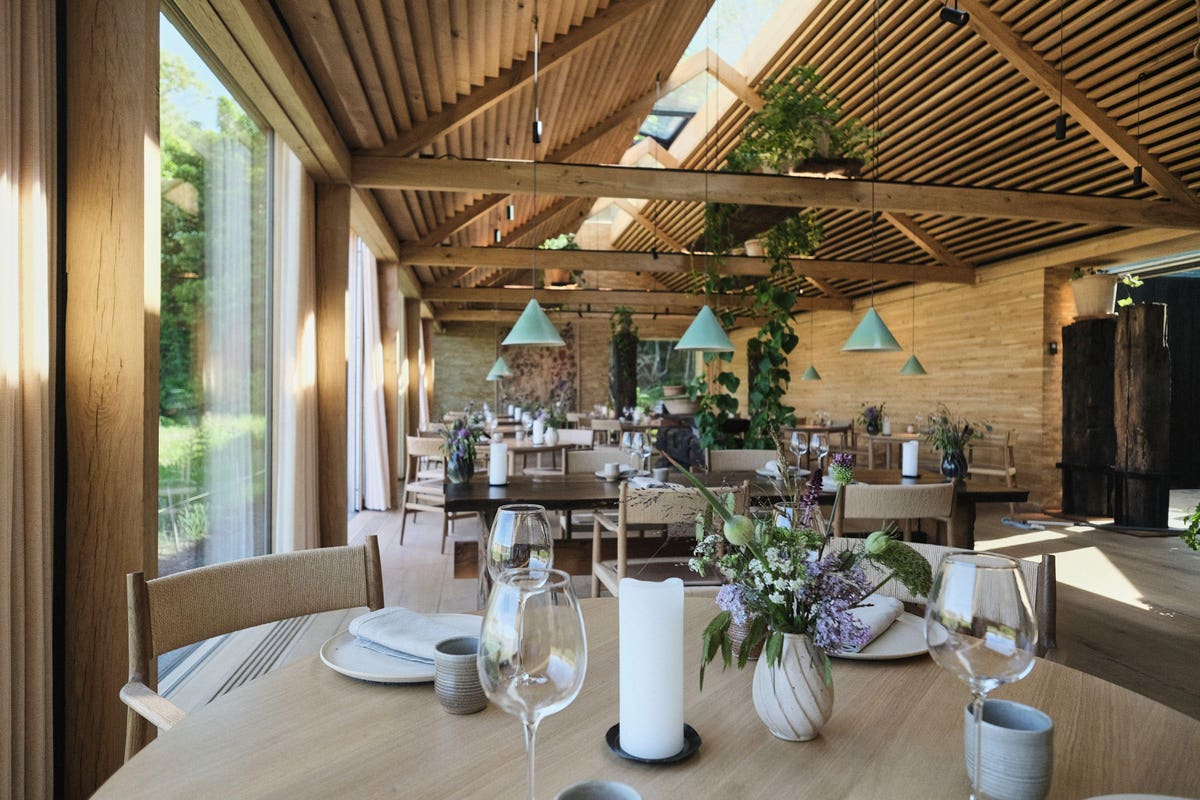 After taking a hiatus last year due to the pandemic’s effect on restaurants around the world, the World’s 50 Best Restaurants awards has revealed its list for 2021, with two Copenhagen restaurants, Noma and Geranium, in first and second places.

The “Oscars of gastronomy,” as the award is considered, revealed the winners at a ceremony in Antwerp, Belgium, this week.

Danish chef René Redzepi’s, famous for his foraging and fermenting techniques, appears in the Number One spot with the new version of his Noma restaurant, which originally opened in 2003 and topped the World’s 50 Best Restaurants list in 2010, 2011, 2012 and 2014, and came second in 2019.

To the surprise of the gastronomic world, Noma was closed in 2016 only to reopen two years later at a new Copenhagen location.

It was that closing and reopening that permitted the reborn Noma to enter the list, since according to a new rule from 2019, previous winners at the top are ineligible to appear again at the top. For them, a new “Best of the Best” category has been created.

According to The Guardian, “the current ‘game & forest season’ menu at Noma costs 2,800 Danish kroner ($450), plus 1,800 kroner for the accompanying wines and, according to social media posts, features raw sumac, bear and reindeer brain.”

The second place in the list went to Geranium, another Copenhagen, three-Michelin-star restaurant.

“Native ingredients such as foraged herbs, cloudberries and local shellfish were combined with exotic additions such as wild reindeer blood, ants and cricket paste, creating culinary headlines worldwide and sparking a wave of successful restaurant openings that included Geranium, which opened in 2007,” reports The Guardian.

Inequality and other controversies

The new list has not come without controversy, not only because the “re-qualification” of Noma while other previous number-one winners including Eleven Madison Park in New York, Heston Blumenthal’s Fat Duck in Bray, Great Britain, Osteria Francescana in Modena, Italy, and Mirazur in Menton, France, were disqualified.

There’s also been criticism around the fact that, as Eater explains, “throughout the 19 editions of the annual list, only European or North American restaurants have occupied the ‘best’ restaurant slot. The top spot has never gone to a South American or Asian restaurant, and there are no current restaurants on the list from anywhere in the Middle East.”

All past 18 winners have come from Spain, the United States, the U.K., Denmark, Italy and France.

Other inequalities have been noted: “Despite a judging panel made up of 50% men and 50% women, the list drew criticism, as in previous years, for featuring “male-dominant, European-heavy, expensive tasting-menu restaurants,” with just four restaurants in the top 50 headed by female chefs – one fewer than in 2019,” notes The Guardian.

In the third place of the list appear the Spanish Asador Etxebarri in Larrabetzu, Basque country — where all dishes, even dessert, are flame-grilled. Its chef, Victor Arguinzoniz, was voted by his peers to win the Chefs’ Choice Award.

Also in Spain, the restaurant Disfrutar in Barcelona came in #5, while restaurant Mugaritz in San Sebastian slipped to No.14 and DiverXO in Madrid made it to No. 20.

Central in Lima, Peru, got the number place and was again named the best restaurant in South America as its chef Pía León was named World’s Best Female Chef.

A third New Nordic restaurant, Frantzèn in Stockholm, placed sixth. The Singapore Odette is number 8 and was selected Best Restaurant in Asia.

Pujol in Mexico City is number 10 and the Best Restaurant in North America, while The Chairman in Hong Kong got the 10th spot.

This year only two reputed French restaurants made it to the first 25 places. Both in Paris, Arpège and Septime appear the 23th and 24th places. Alléno, also in Paris is #41.

Here is the complete list of the World 50 Best Restaurants:

17. A Casa do Porco in São Paulo, Brazil

TIE-DYING WITH GRACE | LEARN WITH LOUIS
Could your flight be cancelled? Check the dates of summer strikes and disruption
Dufour 61: A Dynamic New Flagship Yacht
Dow Jumps 800 Points, Stocks Snap Three-Week Losing Streak After Inflation Expectations Ease
How to spend a short break in Sardinia