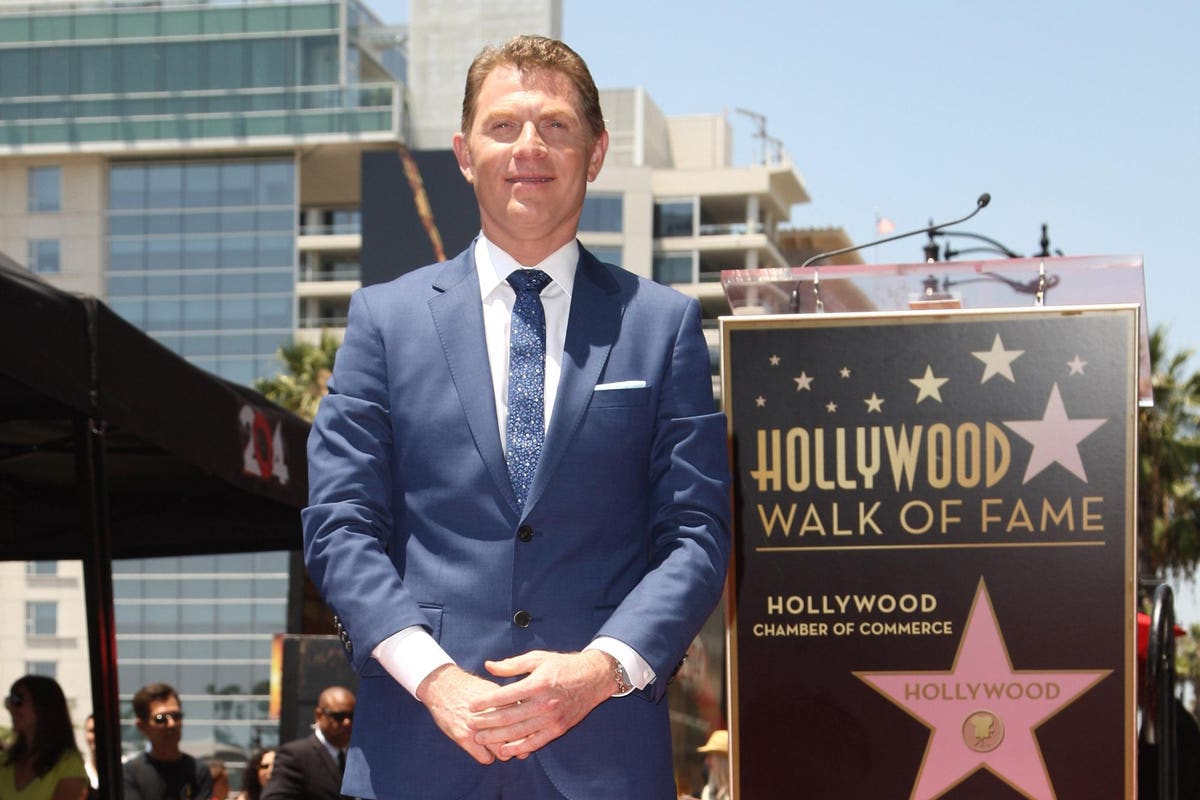 Leaving Food Network could be the best financial decision chef Bobby Flay has ever made.

The celebrity chef has been an anchor on the channel since its debut 27 years ago but is reportedly considering a jump over stalled salary negotiations that could see him leaving for another network or streaming platform at the end of the year.

There’s still a chance Flay stays at Food Network, where Forbes estimates he has been making seven figures. But he could move to a streaming service where paydays for creators have skyrocketed in recent years. Competition among streamers like Netflix, Hulu, HBOMax, Amazon and newer entrants Discovery+ and Peacock have reshaped the power dynamics between TV networks and their hosts. Hosts can now jump to a different platform and double or triple their salaries. WME, the agency for Flay, declined to comment, citing a policy of not commenting on active negotiations, but if recent deals are any indication, Flay could possibly land a contract worth as much as $100 million.

He could possibly wring that out of his longtime professional home, too: Forbes revealed in May that Food Network star Guy Fieri nabbed a three-year contract for $80 million, a figure that is way above the typical pay for the network’s top hosts.

Fieri, one of the first hosts to restart shooting during the pandemic, is one of the network’s most popular in terms of the advertising dollars they bring in. Fieri has 1.8 million followers on Instagram, while Flay counts 1.6 million. On Twitter, Fieri commands 3.4 million, while Flay has 2.6 million.

At roughly $26 million a year, Fieri is now collecting a salary in line with what the top food personalities are making from streamers like Netflix or Hulu. Now off-air celebrity chef Emeril Lagasse’s biggest Food Network deal is said to have had him making around $8 million in the early 2000s, with top talent on the network’s HGTV and flagship Salaries at Food Network parent Discovery Channel are usually capped at seven-figures today.

The tattooed and goateed Fieri is now the Discovery network’s top-paid star, ahead of The Pioneer Woman’s Ree Drummond, and making more than what Chip and Joanna Gaines earned while HGTV’s top stars. Fieri has declined to comment.

The world’s top-earning restauranteur, Gordon Ramsay, earns about $20 million in a year from Fox shows like Masterchef, according to Forbes estimates, which account for more than 75 hours of programming and more than $150 million yearly in ad sales for Fox. Ramsay earned $70 million overall, but more than two-thirds comes from his 35 restaurants worldwide and other deals. In 2020 it made him the 19th top-earning celebrity in America. Flay made the Forbes list of the top celebrity earners in 1999, with an estimated take of $2 million.

Colorado’s Wine Industry Is Bringing Economic Growth To A State Known For Fun
Bella Hadid On Breaking Into The Business World, The Allure Of Kin Euphorics, And The Importance Of Female Leadership Post-Roe
Three easy ways to find hidden cameras in hotels and rental homes
Here’s The Latest Data On Climate And Food And It’s Not Good
The photographer documenting Australia’s abandoned places