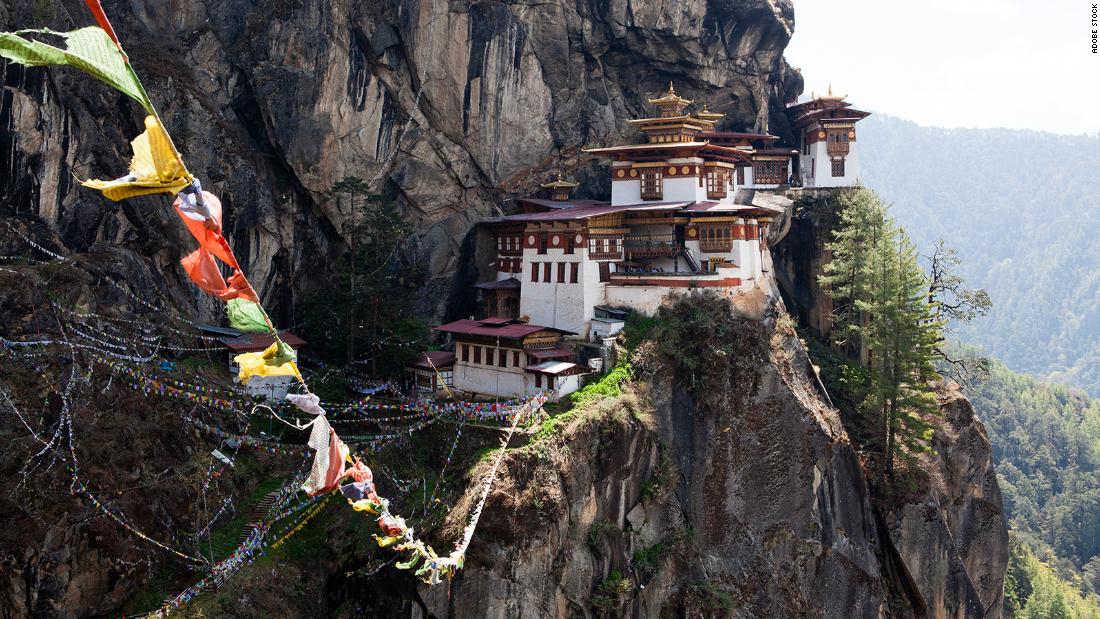 But when her husband of 30 years passed away in 2018, Bak set off on a not-unlike-Elizabeth-Gilbert spiritual journey that would take her though Bali and India, and end with her being the only tourist given permission to enter the kingdom of Bhutan since the advent of the coronavirus pandemic.

Mourning brought Bak, now 70, through a range of spiritual practices. During a six-month stint on Bali, Bak stayed next door to a cafe where gong meditation — a practice where different kinds of metal gongs are used as a form of sound therapy — was going on. Initially skeptical, she fell for the practice and then began doing it herself.

“I literally woke up one day and said, I’m taking the gongs to Bhutan,” Bak tells CNN Travel.

From visitor to relative

Bak wasn’t sure what to expect when she first arrived in the Land of the Thunder Dragon in late 2019. She was assigned a driver, Gambo, and a tour guide, Tashi, through MyBhutan, the tourism company she’d chosen to work with.

At first, Bak thought her two Bhutanese companions were too quiet. They thought she — and her gongs — were too loud. But on a visit to Gambo’s native village of Nabji, in central Bhutan, Bak became ill and the villagers helped care for her. A deep bond was formed. Now, she says, the villagers call her lah, or sister.

By the end of her trip, Bak says, she, Gambo, and Tashi were “becoming a family.” Together, they visited 18 of Bhutan’s 20 districts. After she left the country in February 2019, they remained in touch via phone calls and WhatsApp.

It wasn’t only the Bhutanese people who won her over. Bak fell in love with Bhutan’s dramatic countryside, which she calls “a dreamscape.”

Fran Bak on her first trip to Bhutan.

Bak is far from the only person to find serenity in Bhutan. In the 1970s, as it began opening up to tourism, the Himalayan kingdom established the “Gross National Happiness Index.”

The government, a constitutional monarchy, must take these factors into account when considering a new law or policy. Plastic bag bans may be fashionable in western countries, but Bhutan banned them all in 1999. Tobacco is also illegal, so Bhutan calls itself the world’s first nonsmoking country.

“Bhutan is a gift of perfect offerings,” Bak says from the apartment in Thimpu where she will be spending the next few weeks before heading on the road to do gong workshops in rural villages.

MyBhutan co-founder Matt DeSantis is one of few foreigners who has had the opportunity to live as a long-term expat in Bhutan.

A Connecticut native, he met Prince Jigyel Ugyen Wangchuck when they were students together at the elite Choate Rosemary Hall prep school and forged a lifelong friendship on the basketball court.

DeSantis wears many hats: his tech company is working to digitize all of Bhutan’s cultural relics and, due to the lack of a US embassy in the kingdom, he serves in the role of “warden,” the closest thing to an American ambassador. He was instrumental in getting Bak back into Bhutan as a test case for how the country’s reopening could go.

“In the end, the three parties that had to grant approval (for her visa) were the tourism council, the department of immigration, and the Covid task force,” he explains.

Although the government has said that visas for tourists can be granted on a case-by-case basis, Bak was the first visa granted since March 2020 — and, so far, the only application.

However, getting to Bhutan would require jumping through a series of hurdles. Bak had to deal with multiple canceled or rerouted flights, a series of airport personnel who didn’t know which paperwork she would need, and a battery of Covid tests, then spend 21 days in a hotel quarantine where she only left her suite to take more Covid tests.

Still, Bak believes all the trouble was worth it.

“It wasn’t until i got here that I realized I was making history,” she says. “I was not expecting to get messages from people welcoming me and thanking me for coming to the country. It brings me to my knees.”

Local media featured Bak’s arrival in Bhutan the way they might have covered a visiting dignitary in the pre-Covid times.

Among those following her story was DeSantis. “Fran was the groundbreaker in a lot of ways,” he says, “and the beacon of hope for the tourism industry.”

Fran Bak poses with one of her gongs.

A country beyond Covid

Even before the pandemic, going to Bhutan required a fair bit of coordination. Under the kingdom’s “High Value Low Impact” policy, visiting is prohibitively expensive and designed to prevent overtourism.

All travel visas must be issued through a government-approved tour operator company, and a mandatory daily tariff of $250 is applied to every visitor.

After she got permission to come back to Bhutan in 2021, Bak was required to spend three weeks quarantining upon arrival. Though she’s the only tourist in the country, there are existing quarantine policies and faciities because medical personnel have been coming into the country.

A representative for the Bhutanese government confirms that the tourism department offered to cover the cost of Bak’s quarantine, but she chose to pay for it herself. Bak describes the decision as “my way to show solidarity.”

DeSantis used Bak’s visit as a sort of test case for how Bhutan’s fuller reopening could look.

“Bhutan is poised really well to bounce back with tourism. Tourism is so important to us and we’re doing things right,” he says. Though there’s nothing concrete yet, DeSantis says he has heard rumors of a reopening sometime between December 2021 and February 2022.

It helps that the Covid situation in Bhutan is in good shape. Nearly 90% of adults in the kingdom were vaccinated by July. That’s no small achievement in a country where many people live in remote villages without mass transit.

King Jigme Khesar Namgyel Wangchuck made a point of traveling around the country on horseback and by foot to encourage citizens to get vaccinated. He also met with healthcare workers and volunteers to thank them for being involved in the vaccine rollout.

Despite the logistics and challenges of being the only tourist in town, Bak never considered doing anything other than returning to the country she loved.

“My dream started in Bhutan,” she says, “and it never ended.”