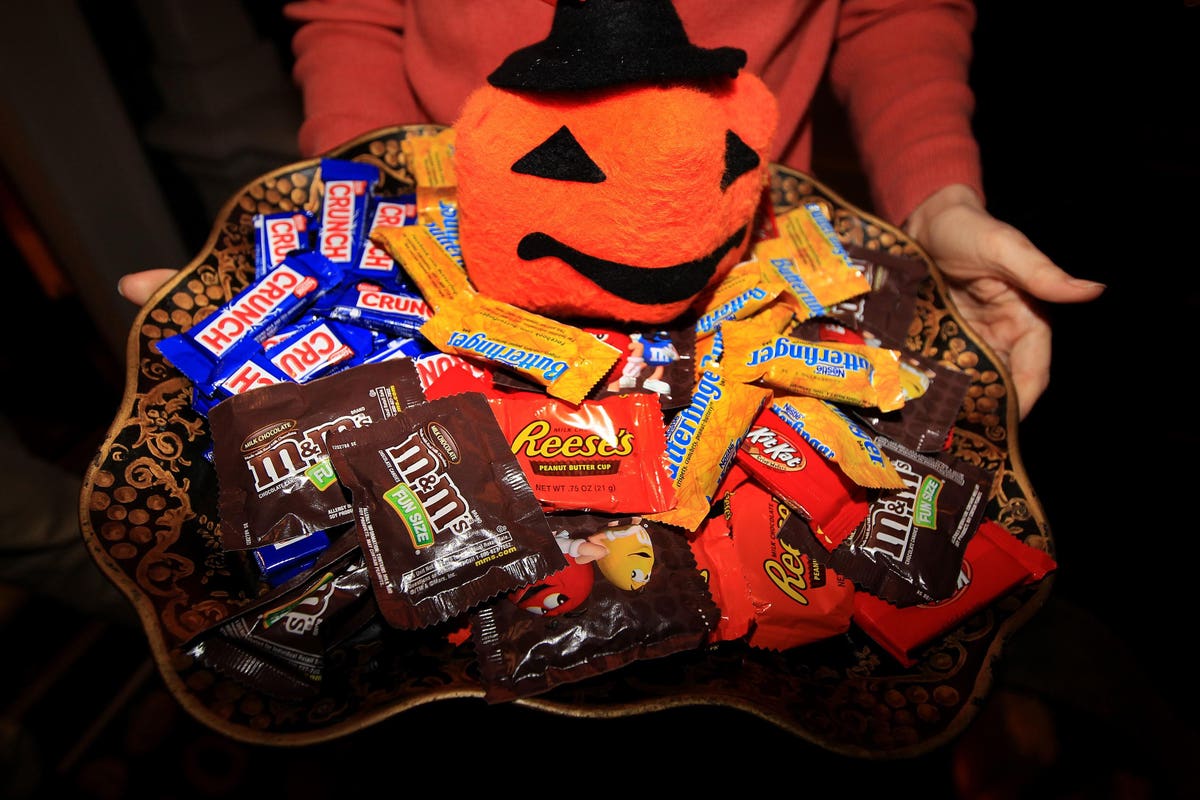 Covid-19 may have scared off Halloween in 2020, but trick-or-treaters will be out in full force again this year—even though there may be a candy shortage.

Of course, not every state has the same taste in sweets. Based on sales data collected by Candystore.com, a bulk candy retailer that has been satisfying America’s sweet tooth since 2007, each state has its own favorite treat—but Reese’s Cups are America’s favorite Halloween candy for 2021. Skittles, M&M’s, Starburst and Hot Tamales round out the top five. Candy Store compiled the results by comparing how many pounds of each candy it has sold over the past 14 years.

According to the National Retail Federation’s annual Halloween spending survey, around $3 billion is expected to be spent on candy this year with more than $10 billion expected to be spent on the entire holiday. “Candy is the center of the Halloween night ritual,” explains Ben George, a content strategist at Candystore.com. “It’s the ostensible reason why kids dress up in costumes, even if the fun of it all is the true reason.”

Although Reese’s Peanut Butter Cups were America’s overall favorite, it didn’t win the most states. Starbursts and Sour Patch Kids were the top candies in six states. (Starburst was most popular in Alabama, Idaho, Indiana, Michigan, South Dakota and Texas, while Sour Patch Kids were preferred in Alaska, Illinois, Maine, Massachusetts, Nebraska and New York.) Reese’s and M&M’s were tops in five states each, followed by Tootsie Pops which was the most popular candy in four states.

Candy Store also waded into the perilous territory of the “best” and “worst” Halloween candy based on a survey of more than 17,000 people. Reese’s scored a double victory this year—it was ranked the most popular and best candy. M&M’s were voted second best while Skittles came in third.

And in what is undoubtedly the most divisive issue in America at this time of year, candy corn remains both loved and loathed. Despite being the country’s 10th most popular sweet, Candy Store also named it the worst Halloween candy, having knocked off the dreaded Circus Peanuts a few years ago.

So if you want to avoid having your house toilet papered this year, don’t give out these treats: