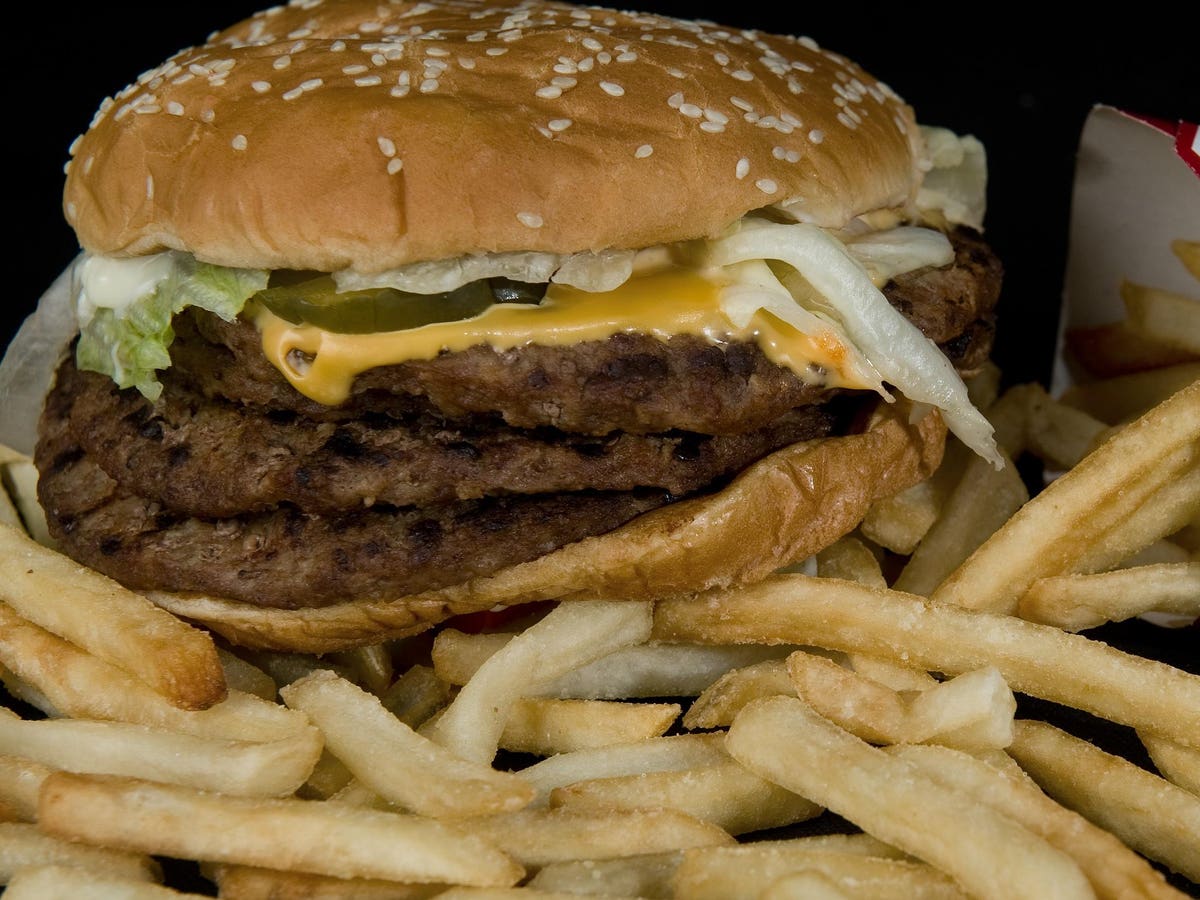 This guidance calls for food manufacturers, chain restaurants, and food service operators to voluntarily reduce the amount of sodium in the food that they provide. In many cases, this wouldn’t be just an itty bitty reduction either. “The targets in the final guidance seek to decrease average sodium intake from approximately 3,400 milligrams (mg) to 3,000 mg per day, about a 12% reduction, over the next 2.5 years,” according to a statement from Janet Woodcock, M.D. the Acting Commissioner of the FDA and Susan T. Mayne, Ph.D. the Director of the Center for Food Safety and Applied Nutrition (CFSAN).

That’s because Americans currently consume way too much salt since there’s so much sodium in what “U.S. Americans” regularly eat. The current average sodium intake for Americans far exceeds the 2,300 daily limit that’s been recommended by the Dietary Guidelines for Americans (DGA) for people 14 years and older. Average consumption is nearly 50% higher than the DGA recommendation. Imagine having your face bedazzled and getting 50% more glitter than you had wanted. Or finding 50% more marmots in your bed than you had originally invited. Exceeding a mark by 50% isn’t an “oops, I did it again” situation. It’s a “bruh, WTF” situation. Even 3,000 mg a day would be about 30% higher than what the DGA has recommended.

While you may be able to limit the damage caused by excess glitter or marmots, too much salt in your diet can have further-reaching health consequences. It can a-salt your body, so to speak. Your kidneys, the filtration system and toilet bowl of your body, may be able to get rid of some excess sodium through your pee. (Note: do not try to taste your urine to determine whether this is happening.) Eventually, though, a lot of this excess sodium remains in your bloodstream and the cells of your body.

Here’s something that may be hard to stomach as well. Too much salt may increase your risk of stomach cancer. The World Cancer Research Fund International has described how salt may damage the inner lining of your stomach, which in turn can lead to cancer.

Then there’s a problem that you may feel in your bones. Greater salt intake can prompt your kidneys to excrete more calcium. When your body has less calcium overall, your bones may say leech out more calcium. This progressive bone loss can lead to osteoporosis, where your bones are weaker and more prone to fractures.

The excessive salt problem is not new. Many health experts around the world have long recognized the health risks of continuing to stuff ourselves with salt. In fact, 96 countries around the world have already implemented national strategies to reduce the amount sodium in food. I’ve covered for Forbes previously what certain municipalities and companies have been doing to reduce salt content and intake. For example, back in 2015, the New York City Department of Health and Mental Hygiene began requiring restaurants to put a salt shaker icon next to menu items that exceeded the recommended daily limits. The National Restaurant Association (NRA) fought this law but the law won, as I detailed for Forbes. Also, in 2016, General Mill set salt reduction goals for different food items in their portfolio. In recent years, sodium has been slowly getting more attention. But then the Covid-19 pandemic, hoarding toilet paper, 2020 dumpster fire thing happened.

The trouble is a lot of salt in your diet is like underwear. It remains hidden in food items and often isn’t really openly discussed. Most wait staff at a restaurant won’t say, “have you tried today’s special salt bomb? It has a base of salt encased in a salted shell, covered with salty goo with just a dump of salt sprinkled on top.” Take what’s listed on the menu with a grain of salt or perhaps even a fanny pack of salt. Menu listings just like dating profiles tend to only show the good stuff like just the fancy ingredients or the fact that the person is not currently holding an axe.

Similarly, in both dating and food shopping, don’t let the package fool you. Until you look specifically at the FDA Nutrition Facts label on food packaging, you may not realize how much salt is in processed food. In fact, you may not realize how much salt is in regular food items such as bread, bagels, cheese, and cereal. Food items can be a lot like people. Don’t go to bed with them the first time that you meet with them, and don’t trust superficial appearances. Something doesn’t have to taste salty to have lots of salt. Even the sweetest cereal can have lots of sodium.

So, will this new voluntary guidance really help Americans shake the salt habit? Or will many restaurants and food manufactures simply go “na” until more stringent regulations are needed in the future?

A Window On The Progress, Promise And Realities Of Indoor Agriculture
Dufour 61: A Dynamic New Flagship Yacht
Tourists are back in Iceland. But so is whale hunting
The couple who met at Disneyland
Venice reveals details of its €10 tourist entry fee