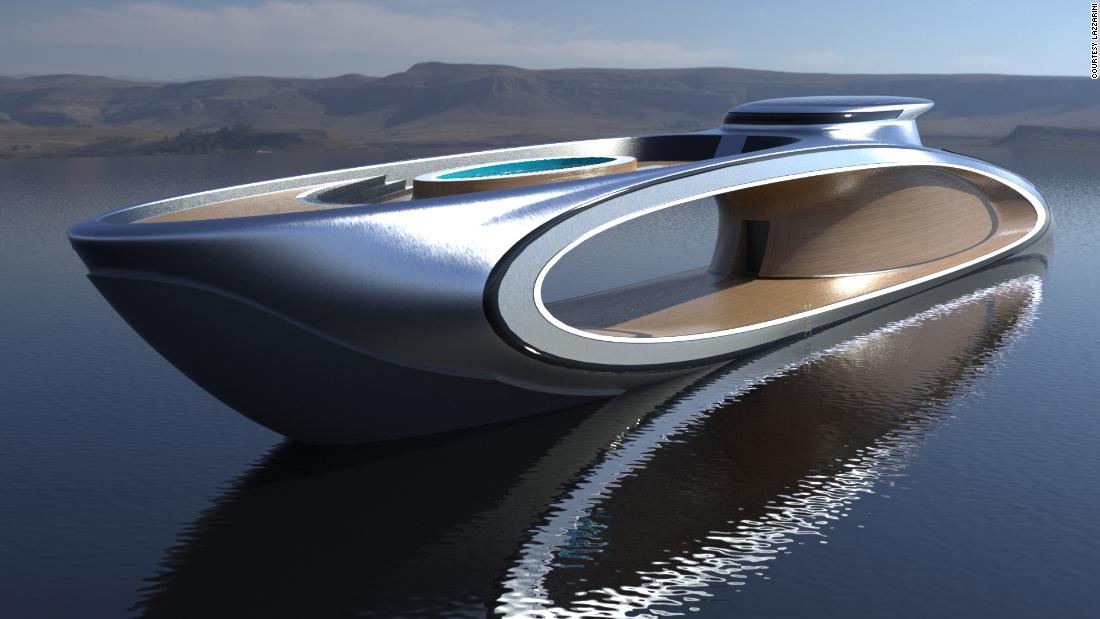 The Rome-based design team has just unveiled renderings of a brand new 69-meter yacht design with a “gaping hole” right in the middle.

The aptly named Shape concept, which is to run entirely on clean energy, features a huge empty opening in its superstructure, resulting in a wonderfully distinctive silhouette.

The Rome-based Lazzarini Design Studio has unveiled renderings of its latest concept Shape.

Referred to as the “hole deck,” the space is accessible via an entrance on the bow and has steps leading down to the sea level, making it an ideal sun lounging area, and can be customized to suit the owner’s requirements.

Meanwhile, the upper deck of the yacht is fitted with a glass-bottomed infinity pool, offering swimmers a fabulous view of the open space below.

The living area, located at the rear of the superstructure, consists of six suites, with room for up to 12 guests.

The unconventional superyacht design has a giant space in the middle, resulting in a rather striking silhouette.

“Because of the stylistic choice of placing a void inside the superstructure, space on The Shape is the real luxury,” say the designers.

There’s also a beach club with a diving platform onboard, a helipad, a garage full of toys and all of the typical amenities you’d find on a yacht of this stature.

Shape, which has an estimated price of €69 million (around $80 million), will be equipped with a propulsion system powered by hydrogen, and will run entirely on clean energy, with max speed of around 24 knots, or 12 knots when in full electric mode.

The solar panels on its sundeck are to be used to charge all onboard systems.

The yacht will be fitted with a glass-bottomed infinity pool, a beach club and a helipad.

Although it’s still just a concept, the team at Lazzarini say the unconventional design has been getting a lot of attention from brokers since it was unveiled.

If Shape were to be picked up, it would take around 20 months to build and execute, according to the designers.

The distinctive concept is one of a number of new innovative superyacht designs to be unveiled over the past few weeks.

Its estimated price is around $80 million, and the designers say the yacht would take 20 months to construct.

Frontier Airlines sweetens offer for Spirit merger as shareholder vote looms
You’ll be charged to visit Europe from 2023
Congrats, Clif Bar! Its Sale To Mondelez Boosts Our View That This Is ‘The ESOP Decade’
The world’s most liveable cities for 2022
Sushi Omakase in Bangkok – TUNA BELLY Japanese Food at Umi Gaysorn in Thailand!