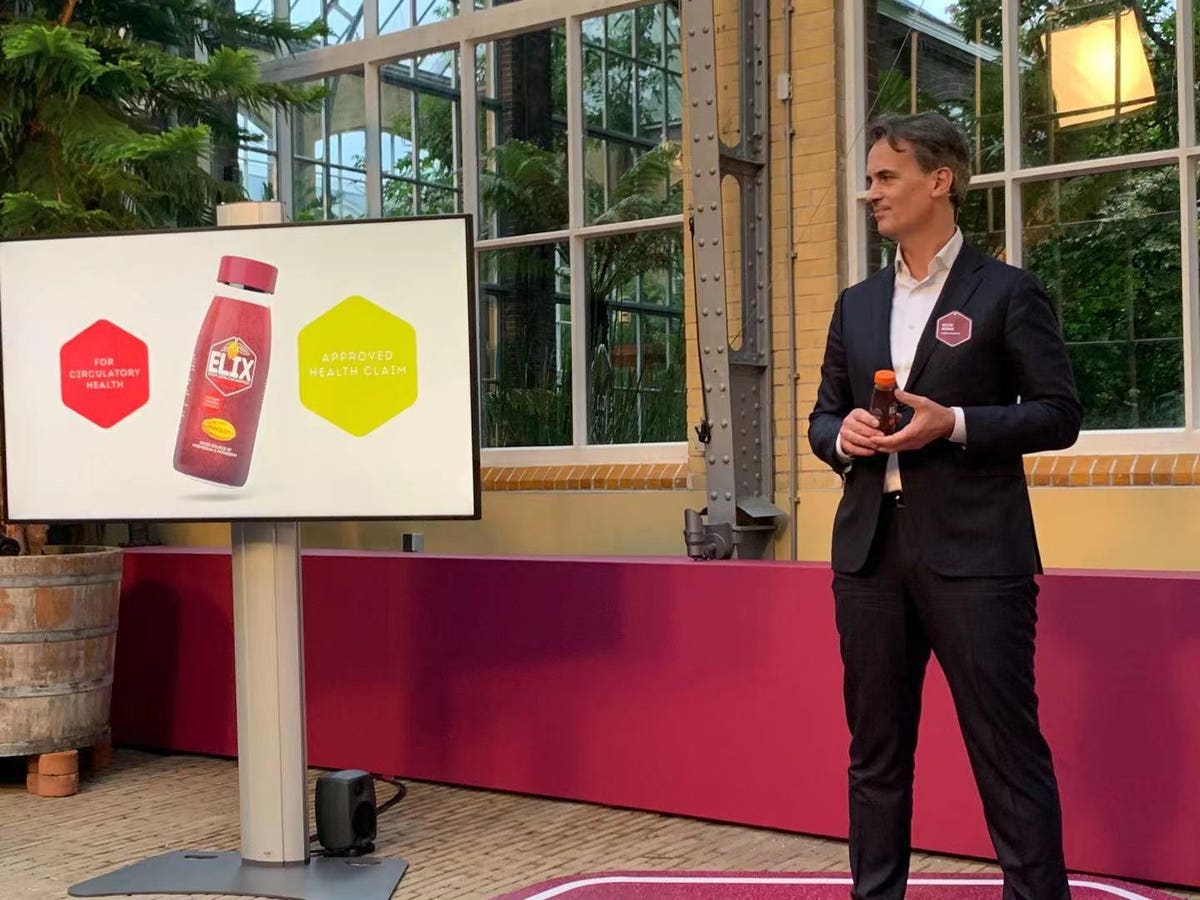 One of the world’s largest chocolate and cocoa product manufacturers and suppliers, Barry Callebaut, has officially expanded into the functional beverages market with its launch of “Elix,” a nutraceutical drink made with whole cacao fruit that aims to promote circulatory health by helping people maintain the elasticity of their blood vessels.

The product, which was recently unveiled at Hortus Botanicus Amsterdam by Barry Callebaut’s executives, has been developed for over 15 years backed by over 100 human clinical studies globally, and it leverages the healthy nutrients of cacao, including flavanols, iron, magnesium, and potassium, to deliver a zesty fruity elixir.

The development of Elix followed in the footsteps of Barry Callebaut’s previous launch of WholeFruit chocolate, both aiming to capture the health benefits of the entire cacao fruit since traditionally, only 30% of the plant has been processed to make chocolate, these executives told me at the unveiling event.

Elix, which has so far gained approval from the European Food Safety Authority (EFSA) to label its health claims with pending FDA approval that will likely be confirmed in early 2022, also represents Barry Callebaut’s new ambition to target the booming consumer interest in medicine as food – a global category that’s expected to grow at a 5.2% CAGR between 2021 and 2028, according to Grand View Research, reaching $30.34 billion in sales by the end of the forecast period.

“The COVID-19 pandemic accelerated consumer interest in their own health as well as of their environment,” Peter Boone, who recently succeeded Antoine de Saint-Affrique as Barry Callebaut’s new CEO, commented. “The introduction of the new category of nutraceutical fruit drinks is another proof point of how Barry Callebaut, through its innovation capabilities and its profound knowledge of the cacao fruit, is able to cater to evolving consumer trends.”

Elix will be initially sold as a concentrate to Barry Callebaut’s existing commercial partners, according to Boone, and he hopes the product will help the company onboard new customers from the beverages and food service sectors moving forward.

“We’ll never stop innovating,” Boone said, “it’s part of our strategy and one of our pillars.”