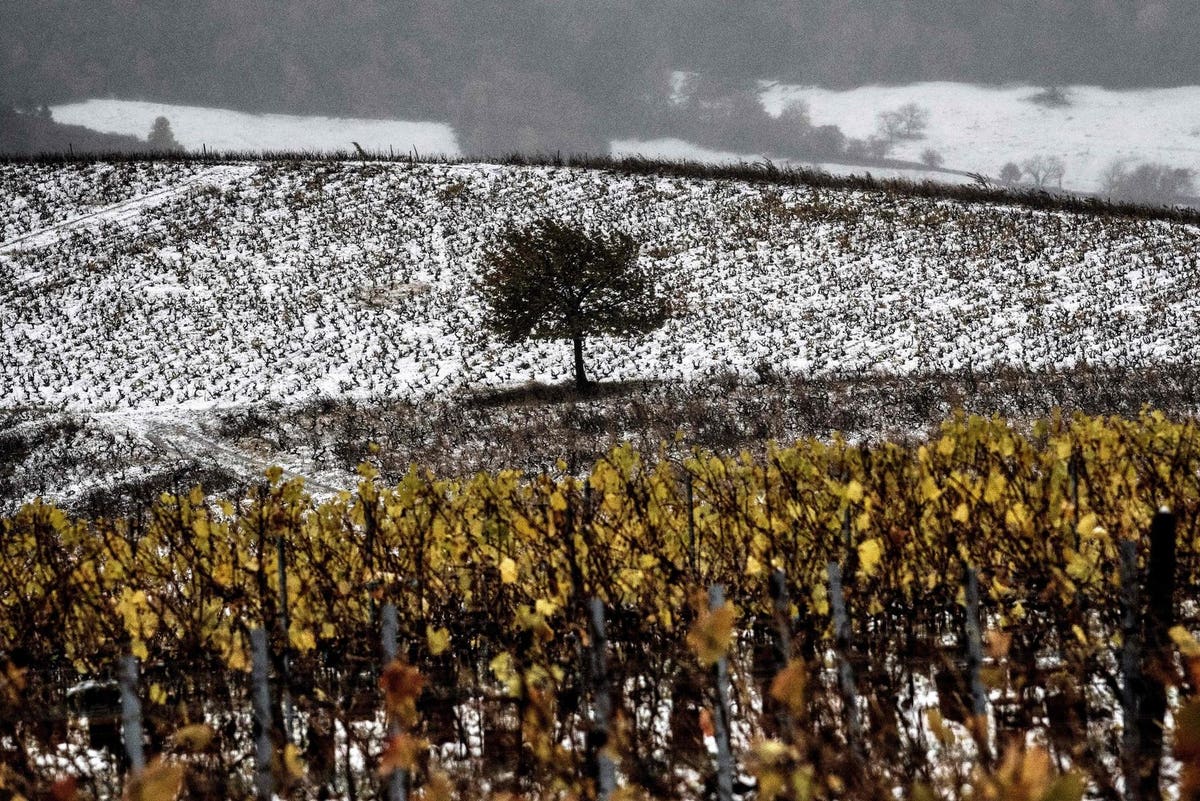 Beaujolais is a wine region cultivated — almost exclusively — with a single grape variety: Gamay Noir à Jus Blanc, or simply, Gamay. Employed to craft the iconic regional, Village, and Cru Beaujolais red wines and also an increasing portion of rosé, one might think that if a white wine were to come from this region, it would also be made from Gamay. But no. A familiar but unexpected grape is the only one allowed in the making of Beaujolais Blanc, and that is Chardonnay.

Chardonnay only accounts for about 3% of vineyards in Beaujolais — just a tiny wedge of the production — in this French region situated between the Mâconnais to the north and Lyon to the south. But this category is earning increased attention because it is a delicious diversification. Just under 2.5 million bottles of Beaujolais Blanc (includes Village — the Crus don’t produce any white wines, only red) were made in 2020. While the French keep about 65% of Beaujolais production at home, about 35% of it is exported. The U.S. is the largest export market for Beaujolais wines, followed by the U.K., Japan, and Canada.

Aromatic, with notes of citrus and green apple, along with a chalky mineral complexity, this is a wine to refresh. Depending on the vintage, Beaujolais Blanc may exhibit more ripe fruit notes, but still tends to be restrained and balanced. And though the region’s reputation is built on red wine from Gamay, the production of white wine in this region has a history that reaches back just as long.

Aurélien Fiardet represents Terroirs Originels, a group of artisan winemakers from Beaujolais and the Mâconnais. He says that even though production of Beaujolais Blanc may be small, there’s benefit to making it. “A diversified range is important, and it’s always good to be able to offer a few options,” he says. “It’s very useful to offer some whites.”

The reason that there is so little Chardonnay in Beaujolais is “due to terroir,” according to Fiardet. Though over 300 soil variants have been identified in Beaujolais, granite substrate is responsible for many of the best examples of red Beaujolais, particularly the Cru sites. Melissa Monosoff, a Master Sommelier based in Texas, says that granite is the “soil of choice” for Gamay, which controls yields and can promise a more concentrated wine.

Fiardet says that Chardonnay grown on this granite would be “too acidic, too lean.” He also counts the commercial success of Beaujolais Nouveaux as a distraction from Chardonnay. “Many pulled out Chardonnay to plant Gamay,” he says. But in areas where the soil is more favorable to Chardonnay, he notices that new plantings are popping up.

These favorable spots tend to be in the northernmost pockets of Beaujolais, situated as they are on the border with Bourgogne (Burgundy) where Chardonnay is, of course, the primary white wine suspect. In certain areas up around the Saint-Amour appellation there are some vineyards that could be sold as Mâcon or Bourgogne Blanc. There’s also Chardonnay found in the eastern part of Beaujolais, where the soils are more alluvial than granite.

Beaujolais Blanc can come from the the regional appellation (simply: Beaujolais) or Beaujolais Villages. The Villages versions are often more complex and will permit a few years of aging. Beaujolais Cru is only produced in red, so you won’t find any Blanc from this category on the market.

Fiardet says that Beaujolais Blanc is three things besides tasty: “small production, spread out, and hard to find.” But though there’s not a lot of it in the U.S. market, it’s worth grabbing a bottle when you find them. Generally affordable and versatile, these wines will go with many meals including weeknight dining and special occasions.

Frontier Airlines sweetens offer for Spirit merger as shareholder vote looms
Here’s The Latest Data On Climate And Food And It’s Not Good
The hidden spaces on planes that are off limits to passengers
The adventurer twins exploring the most remote parts of the world
The Delevingne Sisters On Prosecco, Pandemics And Pink Drinks