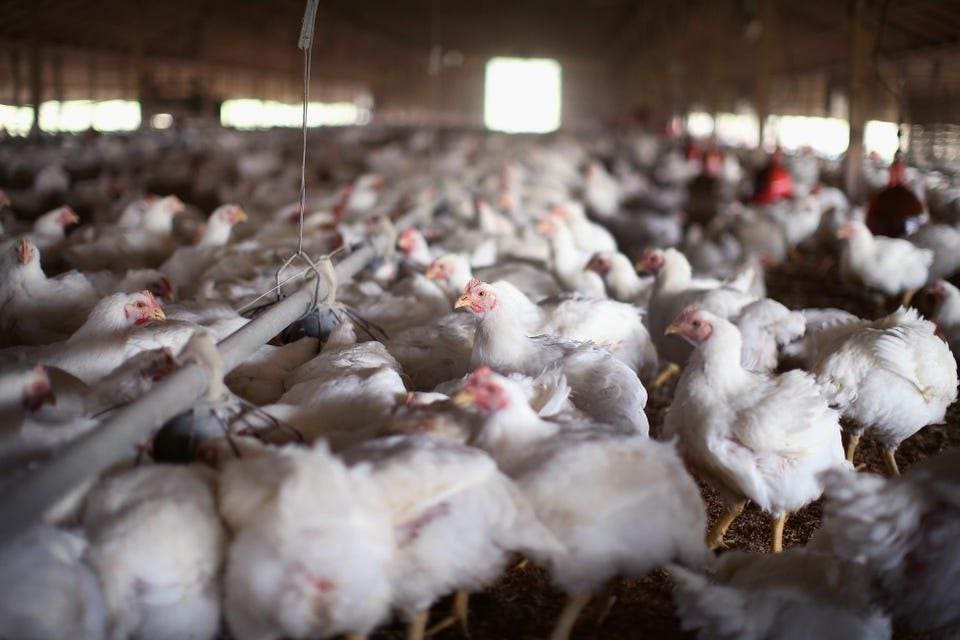 I found an oyster washed up ashore while walking the Brewster Flats on Cape Cod earlier this week.

I shucked her quick. There was no pearl inside, but I still ate her for breakfast. She was briny and sweet. A gift from the universe.

Now I’m off to moderate an (in-person!) panel in SoHo tonight with three brand founders talking all things sustainability, health and wellness. I’m in a bit of a rush, having arrived in New York from Cape Cod only earlier today. My trip back was delayed two days, thanks to the first Nor’easter of the year and some crazy 95 mile-per-hour winds.

But I’m grateful for the extra days spent on Cape Cod. I would have never found an oyster during my morning walk if I had left ahead of the storm.

Did a friend forward you this newsletter? Get Forbes Fresh Take in your inbox by subscribing here.

A criminal trial of former executives charged with fixing prices of poultry slaughtered and sold by America’s second-largest chicken processor kicks off this week in Denver. It’s set to be a rare courtroom showdown that will put antitrust issues within the meat industry on full display.

Texts, phone records, emails and other snippets of conversations, which allegedly were in violation of the Sherman Act of 1890, between four former chicken industry executives, including the former CEO of Pilgrim’s Pride Jayson Penn, are expected to come out during the course of the felony trial.

The case is an offshoot from a sweeping Department of Justice probe into the meatpacking industry’s alleged antitrust violations that began in 2019. The former Pilgrim’s Pride CEO and other executives are the first to stand trial for criminal charges, which they have been fighting for two years.

-Peter C. Carstensen, a professor of law emeritus at University of Wisconsin-Madison who served as associate dean between 1993 and 2002

As the CEO of International Flavors & Fragrances, Inc., Andreas Fibig leads an operation which manufactures and supplies the proprietary flavors and fragrances used around the world across the food, beverage, personal care, and household products.

Jack In The Box Gained New Customers During The Pandemic. Here’s How. While chains paused their marketing and trimmed their menus to keep up with a sharp shift to off-premise operations and a massive labor shortage, Jack in the Box added even more options. The chain’s same-store sales have increased by double digits on a two-year basis and are doing so in part due to increased traffic, whereas most of its competitors are simply raising prices or promoting higher-end products. (From Forbes senior contributor Alicia Kelso)

Here’s Why Starbucks Workers Are Unionizing. Starbucks employees at three Buffalo, New York area locations have petitioned the NLRB to unionize. The reason? “Better quality of life at work. I have seen my coworkers have breakdowns over things like being behind on bills or even things like being understaffed on the floor. Like really, really poorly understaffed,” Starbucks employee Michael Sanabria said. “Somebody who recently got promoted to shift supervisor texted me in the middle of a really awful shift. And she was like, I really, really want to cry right now, But I don’t have the time for it.” (From Forbes contributor Errol Schweizer)

‘Something Is Really Wrong’ At Beyond Meat, According To This Investor. Shares of the plant-based food maker plunged nearly 13%—to their lowest point in almost a year—after the company issued a dour third-quarter revenue outlook amid slowing growth and increased competition from other brands. The revenue decline to $106 million from $149 million last quarter is “not a little miss—that’s nothing going right,” says ValueWorks founder Charles Lemonides, who shorted the stock last week. (From Forbes staff writer Sergei Klebnikov)

Industrial Chemicals Are Showing Up In Fast Food, Study Shows. What’s in that fast-food burger? Sometimes, harmful plastics. A new study reports that far too often, small amounts of industrial chemicals called phthalates have been found in samples of food from popular outlets including McDonald’s, Pizza Hut and Chipotle. Phthalates are linked to health problems, including disruption to the endocrine system, and fertility and reproductive problems, as well as increased risk for learning, attention and behavioral disorders in children. (From The Washington Post)

Black Farmers Wait To Learn Fate Of USDA Debt Relief Program. In a motion filed to intervene in the Miller v. Vilsack case against debt relief to farmers of color, the Federation of Southern Cooperatives argues that its members have compelling testimony that could bolster USDA’s defense of the $5 billion program. Section 1005, known as the Emergency Relief for Farmers of Color Act (ERFCA), was supposed to be a reset for farmers, the starting point of an attempt to remedy historic and exhaustively documented discrimination within the department and branches like the Farm Service Agency (FSA) that administer its loans. (From The Counter)

There aren’t many oyster grants in Brewster, so I’m not sure where this gem came from. I doubt she was wild but I can dream! I’ve never found a lone oyster on the beach before. Taking it as a good sign, especially since it’s now Scorpio Season.

Thanks for reading the fifteenth edition of Forbes Fresh Take! Forward this email to a friend, and let me know what you think. .

Here’s The Latest Data On Climate And Food And It’s Not Good
The best family-friendly hotels in Spain to keep the entire tribe happy
JetBlue ups offer for Spirit Airlines as shareholder vote on Frontier bid nears
Airline reveals bunk beds for economy class passengers
Bella Hadid On Breaking Into The Business World, The Allure Of Kin Euphorics, And The Importance Of Female Leadership Post-Roe