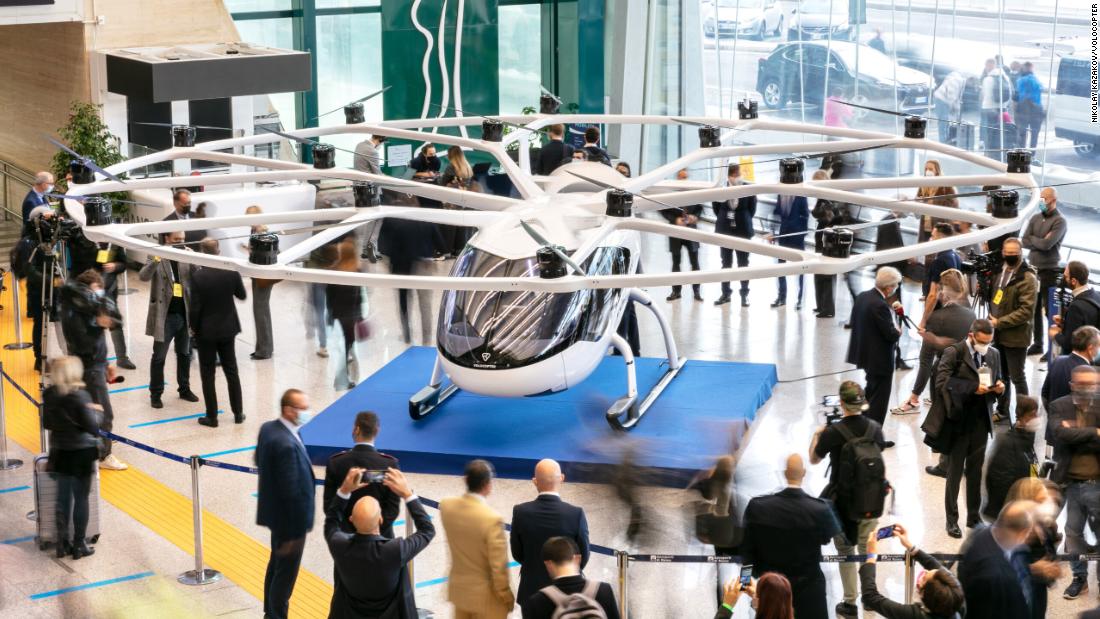 Passengers flying into Rome from 2024 onwards will be able to go airborne for their taxi ride into the city center too, if a project between the company operating its main airport and a German startup lifts off on schedule.

Startup Volocopter hopes to make Fiumicino Airport a pioneer site for the rotor-bladed, battery-powered two-seater air taxi it is developing.

Aeroporti di Roma (AdR) CEO Marco Troncone said the journey in one of the craft, which takes off and lands vertically, will take around 15 minutes, compared with 45 minutes or more by car.

The initial cost of a ride will be around 150 euros ($175), a price likely to drop as the service goes mainstream, he said.

“The connection will be very swift,” he told Reuters at Fiumicino, where Volocopter was showcasing a prototype. “It will be a silent journey and … the level of emissions will be zero.”

Volocopter, founded in 2011, hopes to get a commercial air license from the European Aviation Safety Agency (EASA) within three years and then start operations, its Chief Commercial Officer Christian Bauer said.

Rome is seen as the third most suitable European city behind Paris – where Volocopter said in June it hoped to have a service in operation in time for the 2024 Olympic Games – and Berlin for the development of air taxis, an EASA study showed.
This article was originally published by Cnn.com. Read the original article here.
Share on Facebook
Share on Twitter
Share on Pinterest
Share on LinkedIn

Airline reveals bunk beds for economy class passengers
Three easy ways to find hidden cameras in hotels and rental homes
The photographer documenting Australia’s abandoned places
You’ll be charged to visit Europe from 2023
It’s Not Your Paradise: Something To Consider When Visiting Hawaiʻi