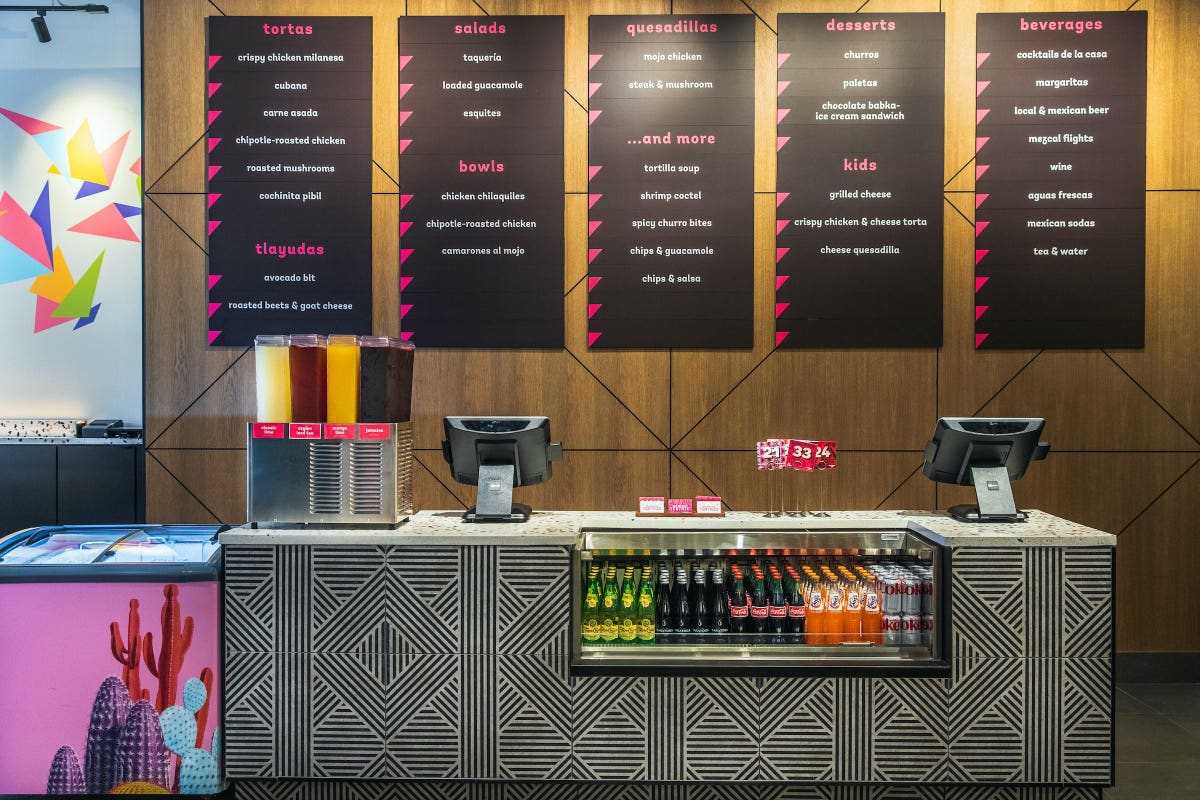 In 2021, he’s introduced a new fast-casual concept Tortazo, with one each in Chicago and New York City. The one in New York is located a stone’s throw from Madison Square Park (where Shake Shack debuted). They’re based around tortas or open-faced sandwiches.

Tortazo has a strong chance of expanding because Jollibee Food Corp, a fast-food company based in the Philippines, acquired a 47% stake in Tortas Frontera with its $12.4 million investment. Bayless and his shareholders retain a majority investment with its 53% ownership.

In a press release, Bayless has said “We’re joining forces with Jollibee because they have the infrastructure to grow Tortas Frontera.”

Bayless describes tortas as “warmed sandwiches, with super-bold flavors, toasted on a hot griddle. We then scoop in the fillings next to a tasting board and add salsa.”

Asked why he opened a fast-casual style rather than a full-service eatery, Bayless replies, “I’m very interested in letting people know what our flavors are all about, without jumping in with both feet and having a bigger meal.”

“Everything we do is based on flavors you can find in Mexico. We’re trying to get everyone to jump on the tortas bandwagon. In Mexico, you’d find as many torta shops as you would taco shops,” he says.

Like most fast-casual restaurants, its menu is streamlined. It highlights five tortas sandwiches on telera rolls including crispy chicken milanesa, chipotle-roasted chicken, and pork shoulders. The sandwiches start at $14, so with a beverage, cost about $20 a person, a bit more than Chipotle’s.

Comparing Tortazo to Chipotle’s, Bayless says it offers “bolder flavors. We’re not a beans and rice place.” He adds that Tortazo is more expensive than Chipotle and targets an older demographic.

The menu also includes several salads, bowls with chicken, a quesadilla, soups, chips and guacamole, and a couple of desserts.

But Bayless adds that the current menu is only a starting point, and soon it’s adding six more items including three new tortas, another salad, some taquitos and a tortilla soup.

This reporter had dinner at the New York City Tortazo on a warm fall night. Its president, Sam Lipp, who was there that night, recommended the chicken milanesa, which he said was its number one seller. It was tasty and filling.

The New York City Tortazo contains a counter area with four chairs, indoor dining, and outside dining on the street and in a hut. The eatery also had seven or eight employees, both in the kitchen and serving food, despite not having waiter service, so it was well-staffed.

Bayless explains that he didn’t place ads in trade papers but worked with some development agencies to staff the restaurant. Staffing has been doubled, at first, so employees could be trained in Bayless’ style of operation.

During the day, he expects to attract a slew of workers from the many publishing, advertising and ecommerce businesses in the Madison Square Park and Flatiron area and then attract an evening crowd of nearby residents.

Bayless is hoping to expand outlets, in both cities, New York and Chicago. “We’ve actively looking for spaces, mostly in Manhattan, though we’ve looked in Brooklyn,” he explains. In Chicago, they’ve scouted the Loop area to add another location. But his inference was he was sticking to those two cities before exploring options elsewhere.

On Yelp, New York City customers were rather welcoming about Tortazo. One said, “Three stars for the food and give stars for the service. Someone greeted us at the door and explained how and where to order. A nice addition to the lunch options in Flatiron after some good restaurants closed down during the pandemic.”

Another Yelp customer liked his Cubano sandwich, chips and salsa.” He described the spice level as “high but flavorful. A lot of places either are bland and so spicy you can’t taste anything else.”

And will he ever consider opening a full-service eatery in New York? “Yes,” he replies, “but we’d prefer to build things one step at a time.”

Bayless describes the three keys to its future success as: 1) Attracting people all day long, not just at lunch time, 2) Encourage more people to jump on the tortas bandwagon, 3) It’s all about consistency. If it stays consistent with its food quality, it will thrive.