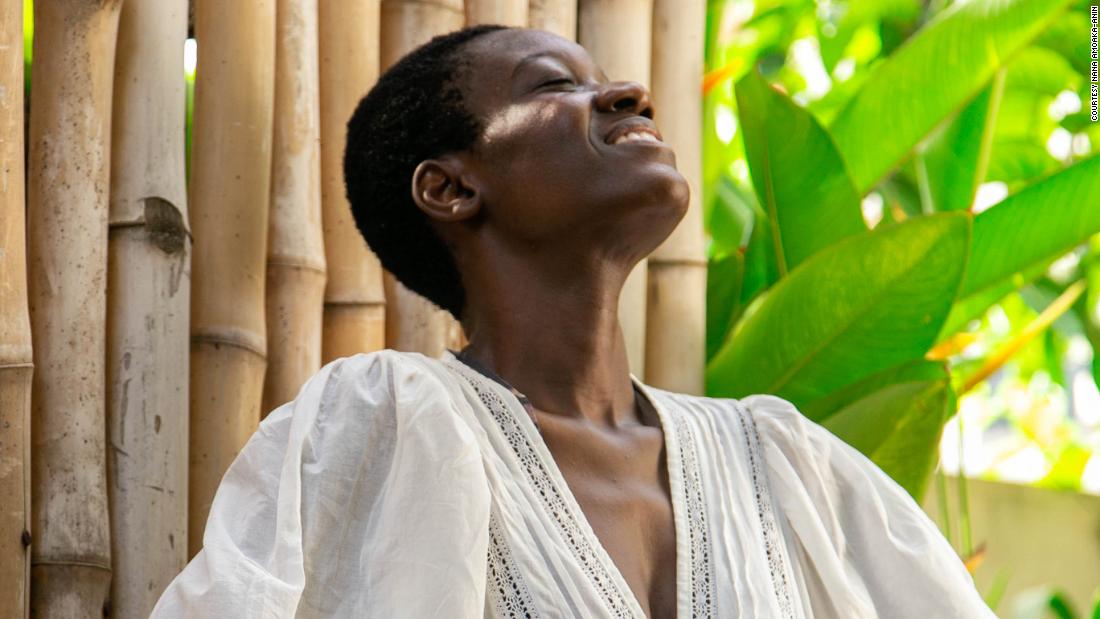 (CNN) — In 2012, Nana Amoako Anin was working as a prosecutor in New York. Although British of Ghanian descent, she had spent her working life in the United States, studying law and entering the legal profession.

Then one day, despite the prospects of career advancement in one of the world’s most prosperous cities, she decided it was time for a drastic change.

Which was when she moved to Ghana.

It might seem like a surprising decision, but Anin isn’t alone. The West African country’s allure has proved irresistible to others in recent years who have chosen to heed a call from the country’s president, Nana Akufo-Addo.

Two years ago, Addo designated 2019 as “the year of return,” a neat slogan marketing his country as a travel destination to its diaspora scattered in Europe and the United States.

The year of return was timed to mark the 400th anniversary of the arrival of African slaves in the Americas, recognizing Ghana’s significance as a transportation hub for many of those captured and transported across the Atlantic.

It was seen as a success, as the country welcomed an increase in visitors — including celebrities like Naomi Campbell and Idris Elba. That year saw an increase in tourism revenues.

Beyond the 12-month campaign, some — like singer Stevie Wonder — have begun making plans for a permanent move. Others have already returned and stayed.

For Anin, the move was made in search of a better work-life balance.

“I lived in the US for most of my life, trained as a lawyer and had every expectation of experiencing the courtrooms and business environment, Stateside, for much of my professional career,” she says.

Life had other ideas. With stress mounting at work, the birth of her daughter triggered a reappraisal and suddenly, a new life in Ghana was on the cards.

“Stress redirected my plans, I believe for the best,” she says.

“Before moving, I took on the role of a prosecutor in New York. The experience rocked my world, bringing along with it a lot of personal imbalances.”

Nana Amoako Anin’s love of yoga led to her decision to move.

Key to her decision was her discovery of yoga and subsequent training as an instructor, which she says was a gateway to more radical life changes.

“So, when my husband and I relocated to Ghana, I never knew it would open so many doors to my own healing and that of others.”

Anin says her decision to turn her back on New York — and her “glorious, coveted corner apartment in Park Slope, Brooklyn — astounded those who knew her.

“I had it all before I moved to Ghana. I’d checked off every life-goal box and could easily have remained on US soil. What I questioned was the long hours, and the manic stress that came with my lifestyle,” she said.

“Leaving New York when you’ve ‘made it’ is not done willingly by most people, so our plans to move shocked our family and friends. I still remember hearing ‘you’re leaving a six-figure salary, to move your family overseas and start over in Africa?’ And from family, ‘you weren’t born there, it will be hard.'”

Anin says she and her husband planned for four years before making the move.

“We looked squarely at our savings,” she says. “We thought intently about shipping down our car, and what life would be like relocating with our young daughter.

“Expenses were a key issue on our minds. At the time of our move, Ghana had one of the fastest-growing economies in Africa and [Accra] was also ranked one of the most expensive cities to live in.

“Building our own home had always been the plan. Without that, we didn’t see the value of moving — to ultimately rent a home, where a rental… could cost us $4,000 a month.

Dentaa Amoateng: “The move to Ghana didn’t come as a shock to anyone.”

The construction of her new family home took two years — a fraught time when she and her daughter remained in New York while her husband went on ahead to supervise the build.

“There were a lot of Skype calls, and tears of frustration,” Anin says. “Doubt did set in as to whether the build and move was worth it. At times, I felt regret pre-move, but I held on. And the rewards have been endless.”

Anin and her family have not been alone.

British Ghanaian entrepreneur and philanthropist Dentaa Amoateng decided to move to Ghana from the UK in 2019 after visiting back and forth over the years. She’s now committed to building a network in the country for returnees.

“The move to Ghana didn’t come as a shock to anyone,” she says. “For years I’ve spent my life dedicating myself to Ghana and the people in the diaspora. I would always go back and forth between the UK and Ghana and I slowly found myself living the majority of the year in Ghana.

“It felt right, my family and children loved it. I felt a sense of peace in Ghana knowing my children can finally learn and speak their mother tongue, Twi. It wasn’t something that was planned, it just aligned.”

Despite the benefits, she says the “drastic” changes to her lifestyle since moving to West Africa, have taken some getting used to.

“The adjustment wasn’t easy,” she says. “As a developing country, everything as far as infrastructure was also developing.

But she adds: “Ghana has a lot to offer me and those in the diaspora. As one of the more stable countries in West Africa, Ghana’s economy has grown in gold, cocoa and oil.”

Samuel Brooksworth set up his new company, Remoteli, in Ghana.

Such returns go against the traditional narrative of African migration. Research conducted by the CoronaNet Research Project, a database on government responses to the coronavirus, highlighted that up to 970,714 people, or 3.2% of the Ghanaian population, emigrated in 2019. Popular destinations included Europe and America.

Migration out of Ghana has occurred both legally and illegally, with many overstaying visas once they entered another country or being smuggled across borders. Despite this, there’s an influx into Ghana of returning Ghanaians and Black people from the diaspora.

What’s on offer for those who do return is a strong democracy and a healthy economy. There’s also dynamic culture, particularly around food, and a coastline that’s inviting for both tourists and those choosing to settle.

While the pandemic, which prompted Ghana to temporarily shut its borders, has had a major impact on global travel, for some it’s been the impetus to finally make the move.

Samuel Brooksworth, a former contestant on the UK’s version of reality TV show “The Apprentice,” seized on the turmoil of 2020 to move from the UK to Ghana to set up a remote skills business Remoteli.

“During the pandemic, we saw graduate unemployment had increased and saw an opportunity to get started working abroad here in Ghana,” says Brooksworth.

“The move was more than a business opportunity,” Brooksworth says. “I felt compelled to make an impact on the continent which required me taking a major risk to move to Ghana.

“From several visits to Ghana I knew that one of the areas I wanted to work on was around employment. Moving to pursue our dream was not easy. At times there were doubts, particularly as my wife and kids also had to be considered in the process.

“Now we have been able to make it work, and the risk has paid off with the success of Remoteli. I am enjoying it and love the environment. I am looking to be based here while I expand across the continent.”

This shifting narrative — with many in the diaspora and beyond recognizing the benefits of living in Africa — is something I can relate to.

After visiting Ghana during the year of return I always knew I would come back. I relocated in 2020 and have found the work and life balance I’ve always desired. The pandemic offered a great opportunity to be closer to family and my roots after the loss of my grandfather.

As borders around the world reopen, it’s possible that more people will be welcomed “home.”

For former New Yorker Anin, the move has not been without some longing for her former life.

“I don’t regret moving. I’ve seen and experienced some of my happiest times here,” she says. “But what I do miss is the pulse of NYC. I miss the 24-hour corner stores and concerts in Central Park! I’ve traveled back since moving, and plan to continue that pilgrimage regularly.”

But, she says, the pros far outweigh the cons, particularly when looking ahead to the future.

“Having adopted the life of an entrepreneur, there have been many freedoms I wouldn’t trade in. For example making my own schedule, being able to work for myself and set my own hours. And having more time with my family.

“These elements seem simple, but they are huge bonuses to making a new life in Ghana. Amusingly, I never experience Sunday night blues. That’s an amazing feeling.”

Bella Hadid On Breaking Into The Business World, The Allure Of Kin Euphorics, And The Importance Of Female Leadership Post-Roe
The photographer documenting Australia’s abandoned places
The Delevingne Sisters On Prosecco, Pandemics And Pink Drinks
Captain Minnie Mouse, ‘Frozen’ and a $5,000 Star Wars cocktail: Disney pins big hopes on new Wish cruise ship
Lufthansa is bringing back the A380