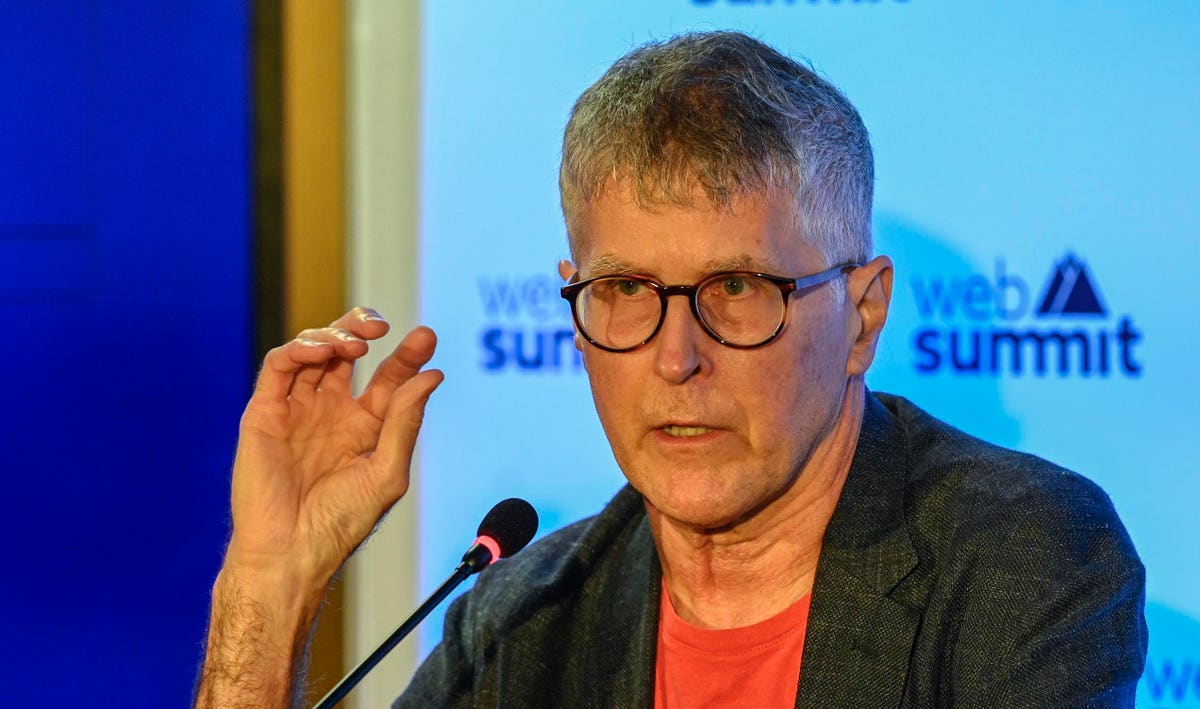 Impossible Foods CEO Patrick Brown outlined Thursday his vision for eliminating the animal-agriculture industry and, through that act alone, offsetting all other carbon emissions for decades beyond.

“I’m confident that by 2035 there will be no global animal-agriculture industry, and it won’t be because anyone banned them,” Brown said Thursday at WebSummit in Lisbon. “It will be because there are products that do a better job of delivering what consumers want that are made directly from plants, and the economic incentive for raising animals for food is gone.”

The former doctor and Stanford University emeritus professor of biochemistry has long aimed to eliminate animal agriculture—which he has called the planet’s biggest problem and history’s most destructive technology—by making plant-based meats that are more delicious, healthier and less expensive than animal meats.

On Thursday, he described immediate benefits that would result simply from the elimination of animal agriculture:

• The world would enjoy net-zero emissions for the subsequent 30 years, even if other industries continued polluting, and

• More than 2/3s of total greenhouse gas emissions would be eliminated through the end of this century.

These benefits occur, he said, because unlike other polluting industries, animal agriculture’s emissions are immediately and naturally reversible.

The industry is largely responsible for three greenhouse gases:

• Carbon Dioxide: In its history, animal agriculture has produced CO2 emissions equivalent to about 22 years of current fossil-fuel emissions, Brown said. It has done so largely through deforestation to provide grazing pasture for animals. “You can, over the course of a couple of decades, if you can just get rid of the industry, pull that carbon dioxide out by allowing trees and other plants to recover on this land that right now is cow pastures.”

• Methane: Animal agriculture is responsible for about a third of the anthropogenic methane in the atmosphere, Brown said, a gas that breaks down over time into less potent CO2. “When you turn off the emissions from animal agriculture, the decay of methane will erase eight years worth of total greenhouse gas emissions,” he said. “The next eight years of greenhouse gas emissions will be erased by just methane decay.”

• Nitrous Oxide: Animal agriculture is responsible for about 95 percent of N₂O emissions, Brown said, which, like methane, decays over time. Levels stay high, he said, only because animal agriculture keeps emitting more of them.

If that sounds like trouble for ranchers, Brown said, it’s not, because even with a very modest carbon price, ranchers can make more money sequestering carbon by reforesting their land than they make from grazing animals.

Brown’s first obstacle was deliciousness, making plant-based meats that taste better to meat lovers. His next is cost, he said:

“As soon as we’re at sufficient scale it’ll be less expensive” than animal meat, he said. “There’s more than a trillion pounds—or half a trillion kilos—of animal products eaten every year in the world, so that’s a lot of stuff to make, but it’s been done before. It’s hard but doable, and we have to do it, and we will.”

The adventurer twins exploring the most remote parts of the world
The hidden spaces on planes that are off limits to passengers
Sunseeker Puts The Sport Into Sport Yacht
Here’s The Latest Data On Climate And Food And It’s Not Good
The Delevingne Sisters On Prosecco, Pandemics And Pink Drinks