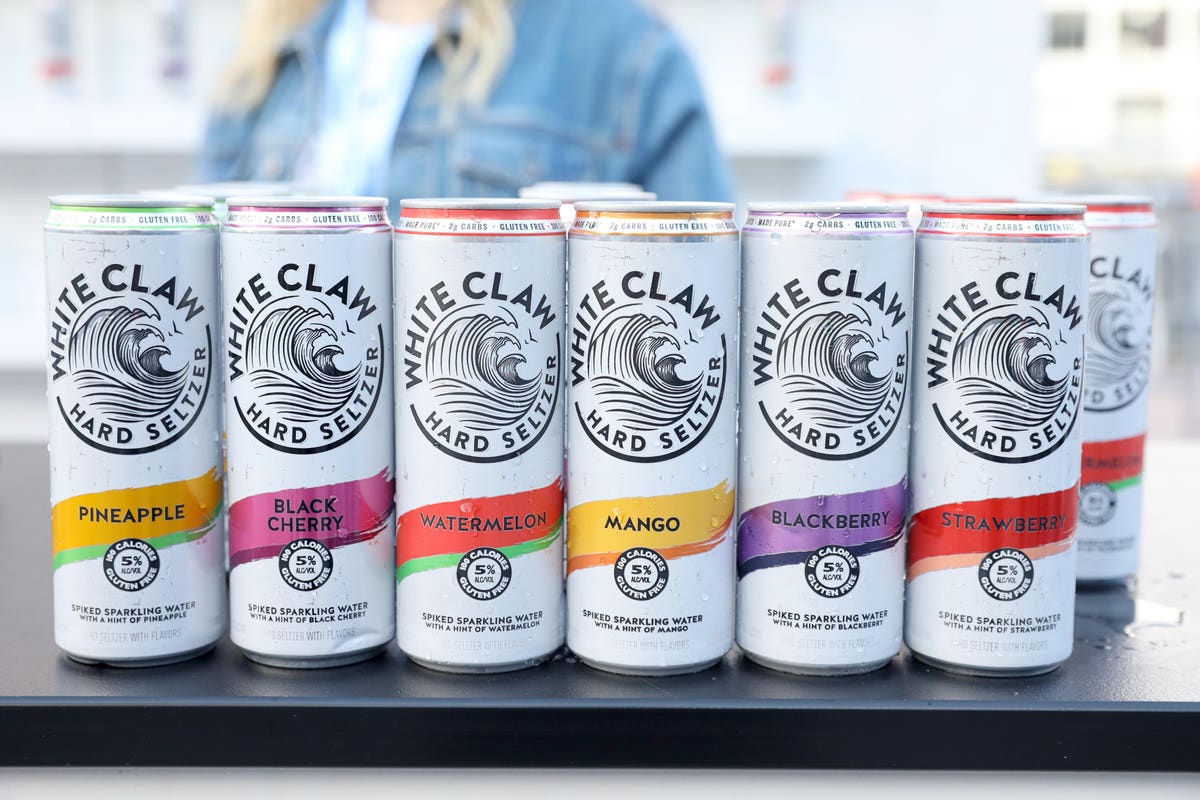 For the last few years, the growth of the Hard Seltzer market has captivated the attention of the public and all facets of the alcohol industry. In a few short years, the product seized an over 10% share of the beer space, morphed into a significant player on the shelves of grocery store cooler boxes, and grew to over $4.1 billion in sales annually. It effectively accomplished in a short time frame what it took craft beer over three decades to do.

But, the recent slowdown of its growth has caused many to point fingers and say it was an aberration, a fad, a comet that flamed across the sky only to burn out and fall to earth quickly.

Recent earnings calls with all the major brewers resonated with one strong message. Yes, the phenomenal growth that the category was experiencing has tapered off, and several brewers (Boston Beer & Constellation Brands
) reported one-time losses due to overproduction, but there was no need to panic. Instead, they are all in on Hard Seltzers and Ready To Drink beverages (RTDs), with numerous new product launches and line extensions planned in 2022. The new segment prompted Anheuser Busch InBev
to coin a new moniker for it, Beyond Beer; a title others are embracing.

The reason for their enthusiasm is simple. While growth had dropped from the heady pandemic times of 2019 & 2020 when the category hit triple digits, it is still expanding in the United States. Something the softening domestic beer market has not experienced in many years. Plus, research shows that the Beyond Beer category draws consumers from both the wine and liquor segments, groups that have successfully courted beer consumers for the last decade.

To better understand what 2022 has in store for Hard Seltzers and Beyond Beer, we reached out to Nik Modi, an analyst with RBC Capital Markets. They have been keeping a close eye on the segment, and he offers an informed view of what’s next. His responses have been lightly edited for space and clarity.

Many have said that the growth of hard seltzers was a fad, something that wasn’t real, and that the recent numbers highlight that. What are your thoughts?

This is a category that’s going to be around. We have a situation where two really powerful trends are converging: convenience and health and wellness. As you think about the younger generations of 21+ plus drinkers, they’re looking for healthier options in all their consumption. So, I do believe that this category has legs. What happened to the seltzer category happens to most emerging growth categories. You have some success and a lot of new entrants, and then the category goes from supersonic growth to slowing down. Why? Because consumers get confused about what to buy, so they don’t buy anything.

When college kids came home during the pandemic, they introduced (hard seltzers) to their families, parents, and grandparents. That was one of the reasons why the seltzer category grew so much last year. The category was being consumed by every demographic. Most of the projections we see for the category going forward are growth somewhere around 5-10% for the category, which is still pretty good. We think it can get to between 15 to 20% of the beer market next few years.

The cooler shelves seem stuffed with more hard seltzers than ever. What do you think will happen over the next year?

This happens all the time in categories like this. It occurred to energy drinks, it happened to e-cigarettes, and it happening to seltzers. Once retailers realize that they don’t need 50 different seltzer brands and rationalize their brand set, which will occur in 2022, the category starts to find its new base and grows off of that.

It’s saturated, no question. Too many launches and too many entrants have caused consumer confusion. It will shake out, and then we’ll have new entrants come in. I mean, look at energy drinks. We still have hundreds of new brands popping up every year.

You have been saying that the slowdown of hard seltzers numbers is a bit overblown. Can you explain?

I think you have to understand what happened. It is a function of mobility. This is a category that people tend to drink at home, group gatherings, casual parties, picnics, and things like that. When you go to a restaurant, you’re not ordering a seltzer with your steak. So when mobility returned as people started to get vaccinated (and go out), that’s what caused the seltzer category to slow down as quickly as it did, and it caught everyone by surprise.

You have to go back to what happened late last year. The category was doing so well and what happened was wholesalers and retailers bought a bunch of inventory. Then we got to January, February, March, and mobility improved, which caused the backlog in stock. Meaning everyone had all this inventory expecting growth to continue. Mobility increased, the growth plummeted, and distributors didn’t reorder products as they focused on selling out their existing stock. Then we got stuck with this problem, and the category slowed dramatically. I think that reset has occurred already. Inventory levels are back to normal. This is the way it usually works with these types of categories.

So, where is this segment headed next?

Let’s think about the energy drink category because it’s a great analogy. Maybe 20 years ago, Monster and Red Bull had about a 30 to 40 share of the category; today, they’re almost 80, and think about how many new entrants have come into the energy drink category over that time. I envision a similar type of dynamic for this category where a couple of players will have the lion’s share of the market share, and then you’ll have all these other smaller players kind of cycling in and out against one another. I do think Truly will be one of the dominant brands. White Claw is still a big brand, and they’ve been struggling; I think they’ll continue to have relevance in the marketplace too. Then maybe you will have another player or two, whether it be a Topo Chico or a Corona, or another brand.

I think the category will evolve, and certainly, that’s already what we’re seeing from retailers. They’re saying the tail is really big. It’s not that productive. Let’s start cutting it. We made this mistake in craft beer. We had too much uncertainty, and we kept it too long. We lost out on opportunity because that real estate is very, very valuable. They don’t want to be putting things in a cooler that doesn’t turn or move because there’s so much innovation in the marketplace. So, I think retailers also have learned a lesson, which is why I think we’re going to see a rationalization of the category happen much more quickly than it did with craft beer.

All of the big players seem to be trying to break into the seltzer market in a big way to take share from Truly and White Claw; what do you see on that front?

I don’t necessarily believe that the big players can muscle in. You know, at the end of the day, the consumer makes the decision, and the retailers will eventually adopt their shelves to look like what the consumer wants them to sell. Coke tried to get into energy drinks, so did Pepsi, in a big way, and neither of them is a big player in that category. At the end of the day comes down to marketing, product, quality, taste, innovation, and social media engagement. I think that’s more important than the size of the company. Certainly, Boston Beer (the owners of Truly) has taught us that lesson, and their beer share is less than 5% overall.

I think a lot of (big brewers) money will go into organic development trying to do it themselves. Then you will see them probably buy a couple of brands here and there.

There has been a lot of talk about the whole Beyond Beer segment continuing to grow. What do you see happening there?

I think the way this category is going to evolve is as one category. Most consumers don’t know about all the individual parts. It’s going to become an occasion-based thing versus a category-based thing because the lines are blurring. Now everyone else is in everyone else’s wheelhouse, in their playgrounds. This is the thing that will bring spirits, beer, wine companies together in a more competitive set. Historically they were just competing for that spirit, wine, or beer occasion; not anymore.

Three easy ways to find hidden cameras in hotels and rental homes
Why Private Label Brands Are Having Their Moment
Could you land a plane in an emergency?
The Delevingne Sisters On Prosecco, Pandemics And Pink Drinks
Six Perfect American Wines To Bring To A Summer Party.