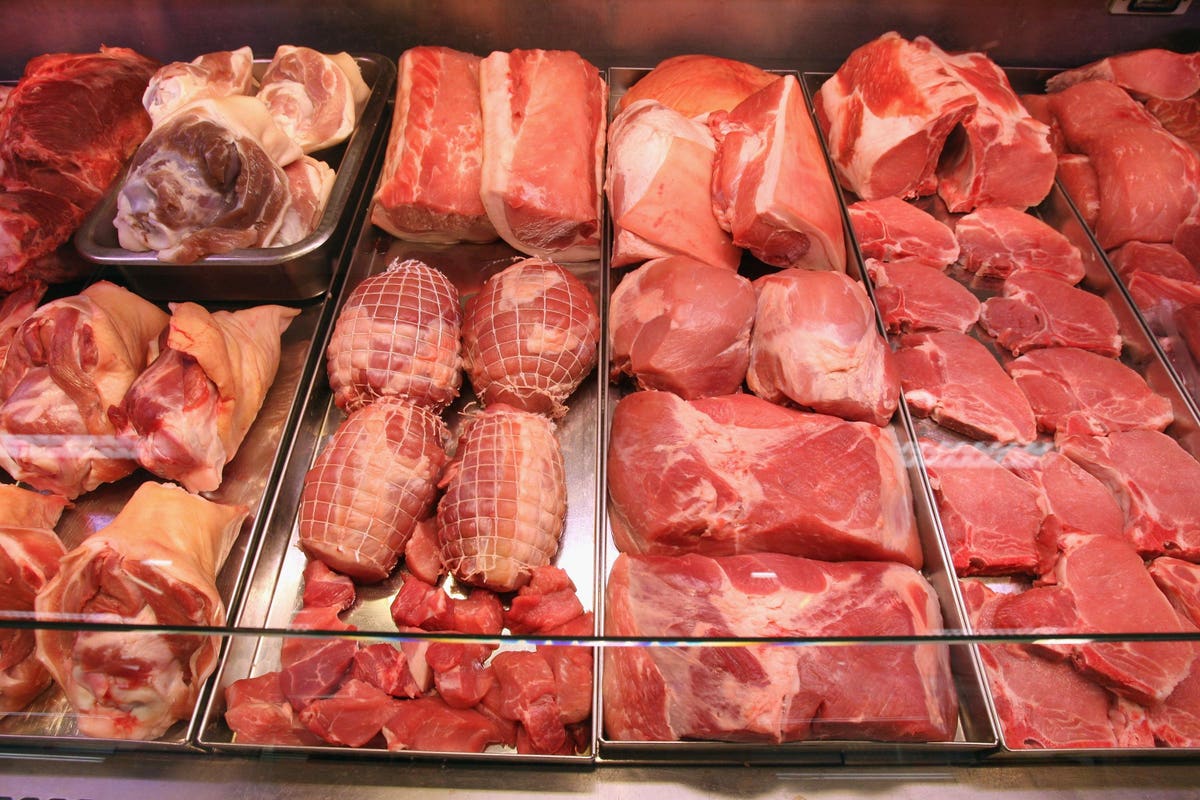 I threw an impromptu dumpling party for my birthday because I got home from getting drinks on Saturday and found the latest Fly By Jing launch conveniently waiting on my doorstep. There they were. Fate!

The hot brand’s highly anticipated frozen dumplings officially launched this week. So good I forgot to take a picture, but I’ll share that my favorite of the three flavors unveiled was the pork, shrimp and scallop. Fly By Jing’s signature chili crisp is already sold at Target, Whole Foods and others, and I expect to see more pick up for this digitally native startup soon.

It’s been busy over here. As we finalize the Forbes 30 Under 30 package, I have to say, I am really excited about who made this year’s food list. I also feel pumped up after visiting a Princeton University circular economy and engineering class to guest lecture on the mushroom boom and other bits adapted from the alternative protein section of my book. It’s kept me going during a week when I’ve had more face-time with Gen Z than usual. I feel optimistic that the next generation of entrepreneurs are clear-eyed about the problems ahead, as well as the seemingly never-ending stream of greenwashing.

Otherwise, I’m still thinking about that big Dot’s pretzels acquisition, and am deep in the throes of planning my Thanksgiving menu. Expect a full Fresh Take Guide to Thanksgiving coming very soon! For a pick-me-up before the end of this week, I may watch some of the new Peacock streaming series Paris In Love. If nothing else, I have convinced myself in the name of food finance journalism that I must check out how her fiancé Carter Reum, the prolific food venture capitalist behind m13, is portrayed. See you next week!

Meat, Used Cars And Peanut Butter: Here’s What Costs More Because Of The Inflation Surge

The consumer price index rose 6.2% in October compared to the same month a year ago—the fastest pace in 30 years—driven by significant increases in the price of meat, energy and cars, among other products, data from the Bureau of Labor Statistics showed Wednesday.

McDonald’s CEO Chris Kempczinski’s unearthed texts may prompt communities of color to question the company’s sincerity about diversity, according to current and former franchisees, marketing experts and historians.

HelloFresh Workers Claim Retaliation For Unionizing, According To Report

HelloFresh workers allege the popular meal kit delivery company has retaliated against them for their recent unionization campaigning in a report by The Guardian published Thursday, which comes amid coverage of unsafe and “brutal” working conditions on the company’s assembly lines. Berlin-based HelloFresh claims to be “the most popular meal kit in the world.”

Panera Bread Plans Its Return To The Public Markets.

Panera Bread, the largest bakery café in the U.S., is heading back to the public markets after a nearly five-year stint as a private company under JAB Holding. Prior to JAB’s 2017 deal to buy Panera for $7.5 billion, Panera was a public company for 26 years. (From Forbes senior contributor Alicia Kelso)

Bell’s Brewery, among the most well-known American craft brewers, announced Wednesday it will be sold to a subsidiary of Japanese beverage giant Kirin. The deal is the latest instance of craft breweries getting purchased by large companies. Bell’s will join New Belgium, which Kirin already owns. Larry Bell, who founded the company in 1983 Kalamazoo, Michigan, said he had been planning to retire and the company’s board felt it was a good time to sell. (From Forbes staff writer Nicholas Reimann)

The Radical Authenticity Of The Korean Vegan.

When food blogger and antitrust lawyer Joanne Lee Molinaro started posting on TikTok as TheKoreanVegan, the audience she had spent years trying to cultivate on YouTube and Instagram suddenly exploded. She now has 2.7 million followers on the platform best known for its dance challenges. Those viewers take their time scrolling because of her beautiful cinematography. But they stick around for her introspective cooking content. (From Forbes contributor Lizzy Saxe)

Why Padma Lakshmi Is Joining DAH! As An Investor.

Indian-American author and TV host Padma Lakshmi is joining DAH! as an investor, board advisor and brand partner. DAH!, which means yogurt in Hindi, is an Indian-inspired natural foods company. While celebrity food partnerships are common, it is rare for Lakshmi to attach herself to a food brand. “American culture is a microcosm of the world’s foods and cultures, because that’s who’s built America — waves and waves of immigrants and Indigenous peoples and African Americans. Our food and our food retail spaces should also reflect that diversity,” Lakshmi says. (From Forbes contributor Shayna Harris)

A Chinese meat company’s takeover of Virginia-based Smithfield Foods was meant to be the crowning achievement for Wan Long, the aging former slaughterhouse manager who engineered the deal. Instead, the $4.7 billion merger has now estranged him from his eldest son. (From The Wall Street Journal)

As 20,000 world leaders and climate advocates descended on Glasgow, Scotland for the 26th annual United Nations COP26, the United States is on track to export more beef than ever before. Livestock accounts for as much as 14.5% of all greenhouse gas emissions. (From Forbes contributor Ken Roberts)