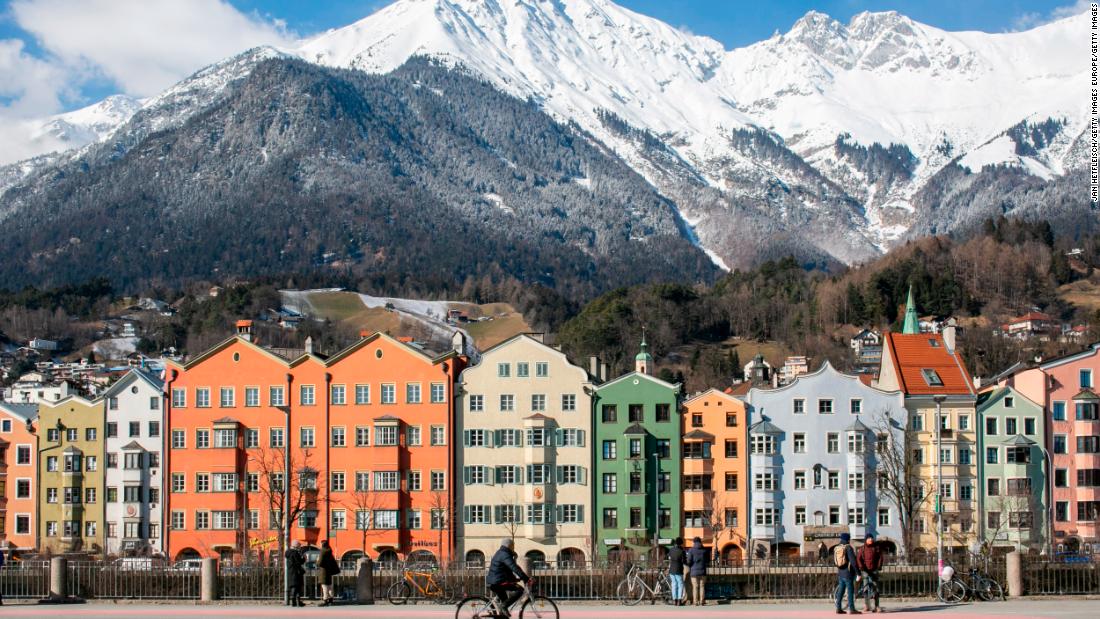 (CNN) — Austria has introduced unprecedented new Covid measures, Ireland’s under a midnight curfew, but India has reopened to vaccinated tourists.

Here are some of the biggest developments in travel this week:

One silver lining during lockdown: Ski lifts will continue operating, according to a spokesperson for Austria’s ministry of health. People exercising on the slopes will have to show proof of either vaccination or a certificate of Covid recovery. FFP2 masks are also mandatory on the slopes, the spokesperson said.

Austria also plans to become the first country in the continent to make Covid-19 vaccinations mandatory for all eligible people.

Visitors explore Vienna’s Christmas market on November 15 before Austria went back into lockdown.

Austria will impose a national lockdown on November 22 as Covid-19 cases soar, Chancellor Alexander Schallenberg announced, becoming the first European country to do so this fall.

But things are picking up in Asia

India suffered greatly when it was hit by a calamitous second Covid wave this spring, but it now has some of the lowest case rates in the world, earning it a CDC Level 1 rating as a low-risk travel destination. On Monday, it opened its borders to fully vaccinated foreign tourists on commercial flights for the first time since the pandemic began.

Ireland is now a Cinderella state

Irish revelers now need to leave their Prince Charmings and hurry home from the ball. On Thursday, Ireland imposed a midnight curfew on bars, restaurants and nightclubs, just a few weeks after nightclubs reopened for the first time since March 2020.
Elsewhere in Europe, the Netherlands has returned to partial lockdown and Hungary and the Czech Republic are among four new additions to the US Centers for Disease Control and Prevention’s highest-risk travel category.

Ireland will impose a midnight curfew on bars, restaurants and nightclubs from November 18 as the country sees a new surge in Covid-19 cases, despite having one of the highest vaccination rates in the world. CNN’s Becky Anderson sits down with Leo Varadkar, Ireland’s Deputy Prime Minister, to discuss.

Thanksgiving travel will near pre-pandemic levels

In the United States, there’ll be a lot more turkey shared compared to last year, as holiday travel is expected to be back almost to the good old days of 2019. Here are our tips on handling the rush.
Around 53.4 million Americans are likely to be on the move, among them Jamal Hinton, who will be continuing his tradition of visiting his “Grandma Wanda” in Arizona. The pair met in 2016 when Wanda Dench accidentally sent the teenaged Hinton a Thanksgiving invite meant for her grandson and an unlikely friendship blossomed.

This is what you could be sitting on in 2025

When you’ve been sitting on your sofa for close to two years, a new era of 2025 business travel can seem very far away — but designers are already working away like Christmas elves on the luxury airplane seats of the future. We’re talking lightweight structure, extra space, bigger and better screens and plenty of wireless charging. Sustainability, ethical sourcing and the reduction of carbon emissions are key concerns.

It’s not me, it’s you: Maya Bay needed some recovery time and a break from tourists.

Officials in Thailand have announced a reopening date for one of the country’s most famous attractions. Maya Bay, a resplendent cove made famous by “The Beach” — a 2000 film starring Leonardo DiCaprio — will reopen to tourists on January 1, 2022. This particular closure wasn’t Covid-related, though; It’s been off limits to tourists since 2018 as officials embarked on a rejuvenation program aimed at reviving the area’s decimated corals.

When snowstorms stopped Jennifer Lowther flying to her best friend’s wedding, a total stranger came to her rescue, taking her on a breakneck journey and setting in motion a love story that’s still going strong after 18 years.

Aircraft hangar, but make it bouncy

Airport hangars can take years to build, but these inflatable models can be set up in a matter of hours. They have many benefits compared with the traditional design, and can be used for disaster relief.

Isn’t building traditional airport infrastructure such a drag? That rigmarole can go on for years. Thank goodness for inflatable hangars, which can be up and running in no time.

In case you missed it

United Airlines will once again serve hard liquor on its flights

National Geographic has revealed its top destinations for 2022

Two American tourists broke into the Colosseum to drink beer

England’s most beautiful villages to visit in 2022
Six Perfect American Wines To Bring To A Summer Party.
The best family-friendly hotels in Spain to keep the entire tribe happy
SETTLING IN OUR HOME!
Fresh Take: Modern Agriculture’s House Of Cards, Inside California’s Controversial Prop 13, And Why Private Label Is Having A Moment