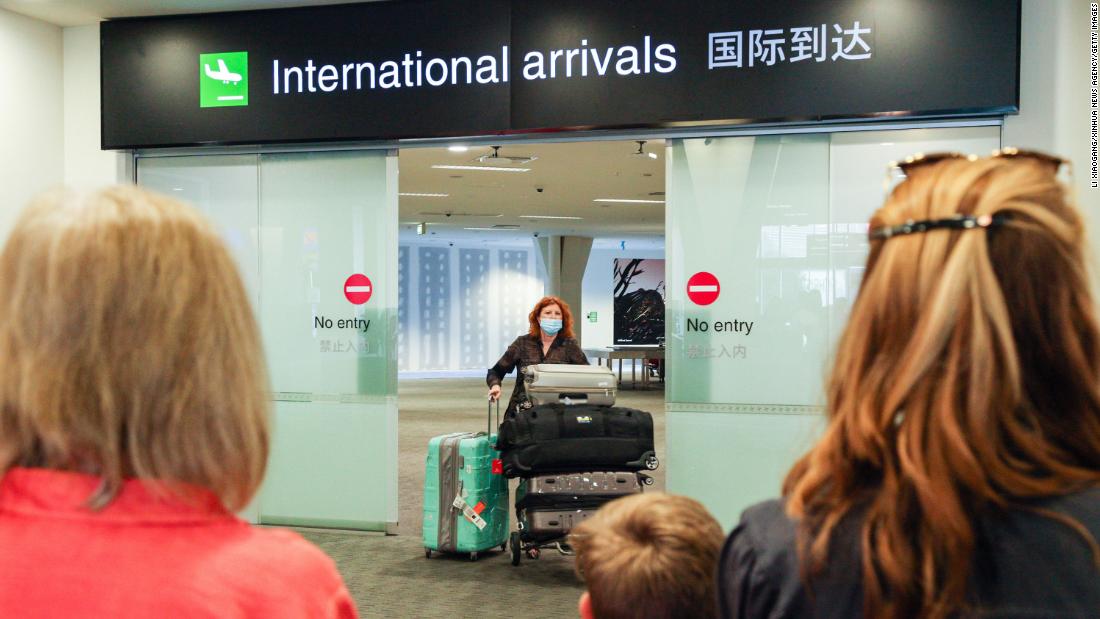 Fully vaccinated citizens, residents and tourists will be allowed to enter the country in three phases, Covid-19 response minister Chris Hipkins explained during a news conference on Wednesday, November 24.

The border will first open to New Zealand citizens and residents traveling from neighboring Australia on January 16, before expanding to include New Zealanders the rest of the world on February 13.

Fully vaccinated visitors from all other countries, except those deemed “high risk,” can visit the Pacific Island nation from April 30, Hipkins said.

“A phased approach to reconnecting with the world is the safest approach to ensure the risk is carefully managed,” he added. “It reduces the potential impacts on vulnerable communities and the New Zealand health system.”

New Zealand shut its borders in March 2020 as part of its push to stamp out Covid-19, and has some of the strictest border measures in the world.

The early lockdown largely kept infections at bay, apart from a Delta outbreak in August, after which numbers briefly surged.

The country has recorded more than 10,600 cases and just 40 deaths, according to data from Johns Hopkins University. But the comparatively low numbers have come at a cost.

At present, those that want to return must quarantine in government-run facilities, which have limited spaces. People have had to join an online lottery to try and secure a space.

That will change when the new rules take effect.

Everyone coming to New Zealand will have to isolate at home for seven days, show proof of vaccination, a negative Covid-19 test, and declaration they haven’t been to a high-risk country, Hipkins said.

According to the country’s Ministry of Health, 84% of the eligible population is fully vaccinated, while 92% have had at least one dose.

Hipkins said some restrictions would remain in place for the foreseeable future.

“We will eventually reach a point where people will be able to move much more freely across the border and those periods of self isolation won’t be required,” he said. “We’re not at that point yet.”

Hoping to beat the tourist crowd on your trip to Japan? That ship has sailed
An expert guide to ski holidays in Alpe d’Huez
Why Your Next City Break Should Be Toronto, Canada
The best accommodation in Alpe d’Huez
The best restaurants in Passo Tonale