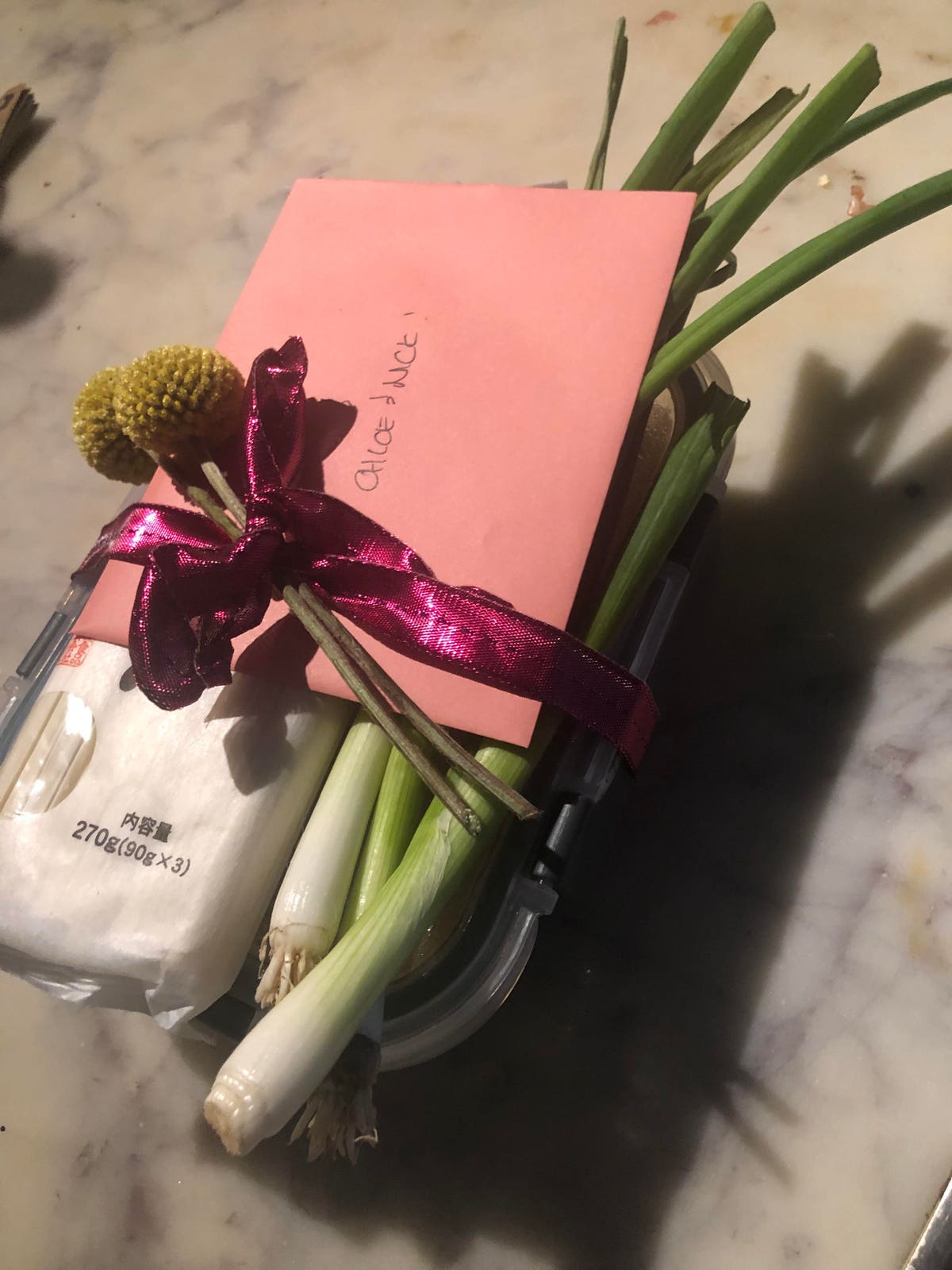 There’s no better way to show gratitude than oxtail noodle soup. That’s what I’ve learned from being neighbors with Moonlynn Tsai and Yin Chang, who together started a grassroots effort that combats isolation in New York City’s elderly East Asian community through food care packages.

Their nonprofit Heart of Dinner has served close to 100,000 meals thanks since April 2020. I’ve had the honor of watching it evolve from some of its earliest days, when one of my jumbo-sized cans of San Marzano tomatoes transformed in their 300-square-foot apartment into hot meals for a neighborhood crew.

A few weeks ago, Tsai surprised me by dropping off a bundle prepared by her mother: homemade soup full of oxtail falling off the bones, a package of rice noodles, a few scallions, and two flowers tied together with a bow. Tsai’s mother wanted to take several hours out from her visit from California to sear oxtail until the middle of the night and feed those who helped her daughter’s community during some of the pandemic’s darkest days. I was overwhelmingly touched. That feeling hit even harder after I warmed up the soup and added the chewy noodles and scallions, and realized I was getting the chance to taste the kind of home-cooking only made possible by generations of passed-down tips and tricks.

Tsai and Chang know there is power in feeding people and creating a community through that exchange. Their organization chooses to do it purposefully, sourcing culturally-appropriate ingredients and tapping its network of volunteers to pen hand-written notes to include with each meal.

“With any project, you see this long term vision and it feels so overwhelming that you don’t know where to start,” Tsai said. “Scale it back a little bit. Just focus on, I want to get here, but what is the first thing I can do? With Heart of Dinner, so many people wanted to be involved, but didn’t know what to do.”

That’s the inspiration that I’m internalizing as I try to finalize the last of my holiday gifts. The lens has already made some of my gifting more thoughtful. Good luck pinning down the rest of your list while pushing through holiday parties and other festive times for the next few weeks. This will be the second-to-last Forbes Fresh Take before the start of 2022. I’m wishing you a restful holiday!

Mushroom Grow Kit from Smallhold plus its new cookbook, Mushrooms In The Middle

Hawa Hassan’s Basbaas Foods tamarind-date and coconut-cilantro sauces [h/t to the fabulous gift guide from Internet provocateur Joe Rosenthal, which includes other great recommendations like a 32-ounce Crab Cake Tub and a Chef’s Press for the perfect sear.]

Donate to Studio Atao, a nonprofit think tank dedicated to “systems-based change through a social justice lens.” Or for the kid in your life, or if you’re just trying to inspire your inner-child like me, Studio Atao founder Jenny Dorsey’s official Avatar cookbook.

A few other cookbooks I’m loving:

Mister Jiu’s in Chinatown by Brandon Jew and Tienlon Ho

Take One Fish by Josh Niland