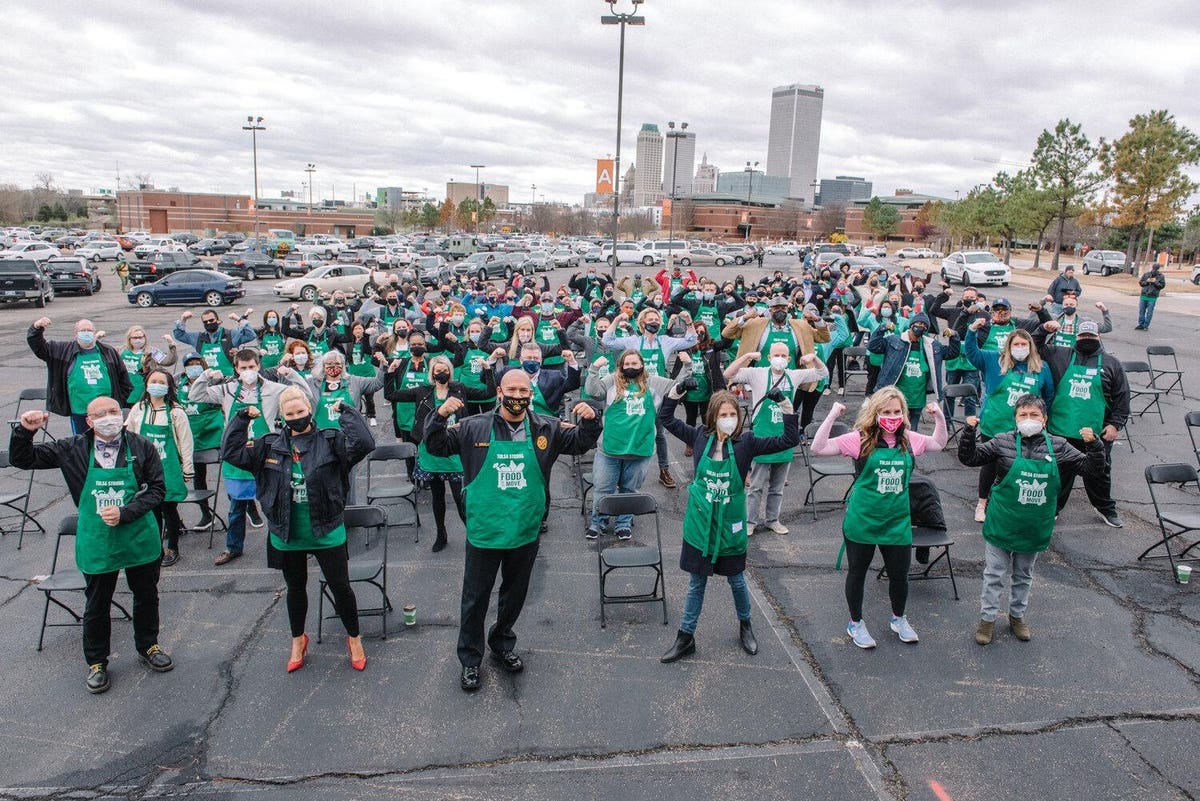 Oklahoma might not be the first state you think of when ethnic diversity comes to mind. But despite its deep Red reputation, Oklahoma’s cities tend to firmly buck that stereotype.

I recently had the chance to visit Tulsa, a minority majority city that accepted 800 refugees through Catholic Charities of Eastern Oklahoma when the United States
pulled its troops out of Afghanistan the country in Autumn.

That’s a daunting number of new people to rehouse in any city, but Tulsans weren’t worried. They knew exactly who to call.

Food on the Move, a Tulsa charity devoted to eliminating food deserts and “the legacy issues created by living in a food-insecure area,” has spent much of the COVID-19 pandemic operating socially distanced drive-thru events for anyone in need, events that support Tulsans by providing everything from hot food to flu shots from the comfort of one’s vehicle. Once it got cold enough that it was no longer safe for unhoused individuals to stay on the street, they began supporting the local homeless population by providing meals and produce boxes to the hotels the city had placed them in.

According to Executive Director Kevin Harper, “during COVID, we distributed 4.5 million pounds of food and purchased almost $400,000 of local restaurant meals.”

So when they got the call that hundreds of new Tulsans were due to arrive in town and would need help getting fed, they were more than ready for the challenge. Because they already had the hotel model established, it only took a few tweaks to transform it into what they call Operation Welcome Home. Harper explained that they, “provide three meals a day. Once a day, six o’clock, we provide three meals a day. We drop off dinner for that night and breakfast and lunch for the next day… And then once a week, on Mondays, we drop off tea and sugar—we found they love their tea.” Their main focus is fresh produce, and in the first 8 weeks of the program they dropped off about 11,000 pounds of fruit.”

Another consideration that was important to Food on the Move was making the displaced Afghans feel welcome. Food is a universal language, so “We designed these welcome baskets.” Working with the small Afghan community already in Tulsa, they made sure every family received, “spices, snacks, a welcome letter that’s also translated into Pashto and Dari, and heating instructions [for pre-made meals].” One of the hotels didn’t have microwaves, so Harper purchased one for every family—he bought so many that the price at his local Walmart
jumped by $7.

They also made sure to start out with culturally relevant meals, things they felt confident the refugees would recognize and like. Everything Food on the Move served was Halal, and they worked with a food bank to make massive quantities of Persian dishes like ash reshteh and ghormeh sabzi. But pretty quickly, the volunteers started to hear that the refugees were unhappy with what was being provided.

Harper says it wasn’t so much that the food itself was unsatisfying but that the refugees wanted to try American food. So the team made adjustments.

Even when they’re not doing humanitarian work with international impact, Food on the Move combines cultural programming with their community events. They work with opera singers and DJs, medical students and masseurs to make sure that when people come to get free food, they’re also getting access to both additional resources and a good time. Which is all to say that when the Afghans showed up, Food on the Move contacted Tulsa’s professional soccer team, FC Tulsa.

“On October 30th—there were 150 people here at that point—we took them to a soccer game. We had Andalini’s pizza, which is a local pizza company, Tulsa public schools gave us the buses to transport them over there, the soccer team donated the tickets… And Tulsa did what Tulsa does. Right behind the goal we had this group of just crazy fans. They started inviting our refugees over. They let them hold the flags, beat the drum… These big burly guys are buying jerseys for the kids, taking selfies. The entire community just wrapped around them, which is why we wanted to do this.”

For Food on the Move, making sure people have access to nourishing meals is just the first step. Harper made this clear by saying, “Food just starts a conversation.”

I talked to Harper, Food on the Move’s founder Taylor Hanson (who did in fact spend much of his childhood in the eponymous band), and Director of Communications Danielle Stoltz for a solid hour and a half, barely had to ask any questions, and ended up with enough material for at least two more articles. They were so excited to tell me about not only Operation Welcome Home, but all of their ambitious programming, that I barely needed to get a word in edgewise. Their genuine care, excitement, and ambition was palpable.

As far as Operation Welcome Home goes, Harper explained the goal is ultimately to, “Take a step back, and think how can we make people who are like, ‘I was in Afghanistan, and now I’m in Tulsa, a place I’ve never heard of,’ know that we’re a loving and welcoming city.”

From the sound of it, this wave of new Tulsans definitely know now.

The holiday you’ll return from feeling 20 years younger
Airline reveals bunk beds for economy class passengers
How To Drive In Wine Country: The Virginia Edition
The couple who met at Disneyland
SETTLING IN OUR HOME!