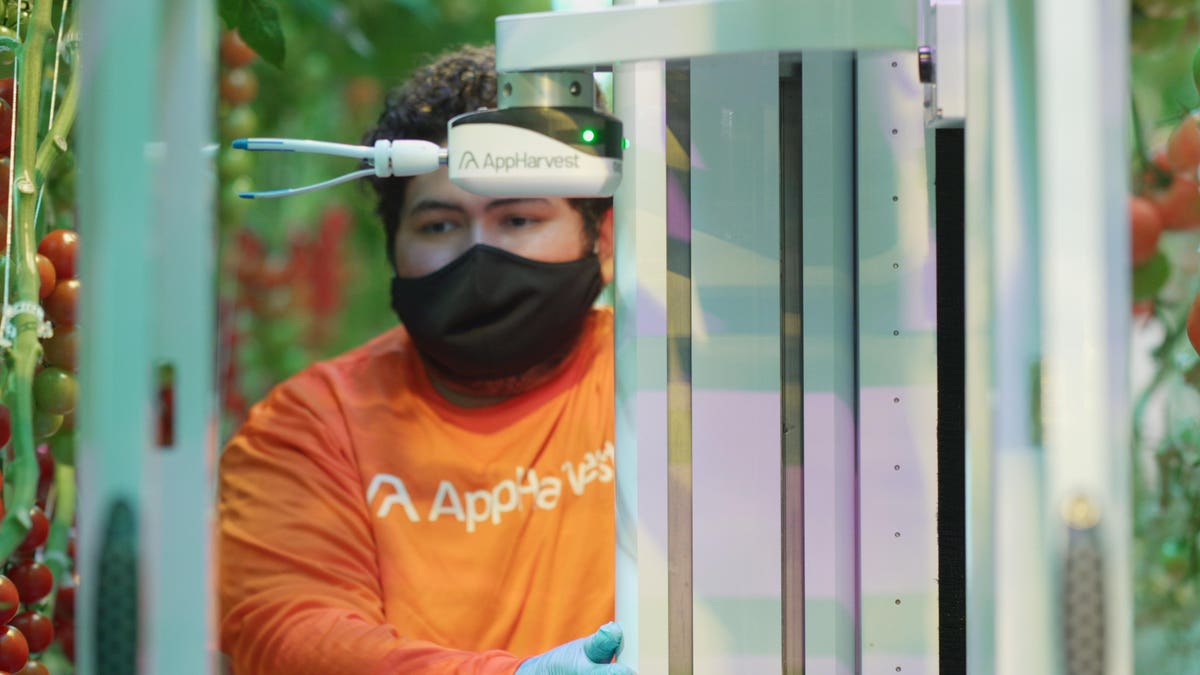 Growing up in Appalachia, Jonathan Webb watched the slow decline of the coal industry firsthand. Webb is from Kentucky, where 16% of residents are below the poverty line, and when the coal jobs dried up, nothing came in to replace them.

Webb left for college, eventually pursuing a career in renewables at the DOE, a space where he felt he could be “part of the solution.” But the economic devastation in his home state still bothered him. In the back of his mind, he wondered what he could do to help.

Eventually, he found the right problem to solve.

“When you look at human civilization, what do you need? Well, you need water… you need food, and you need energy. But really it’s water and food first. We don’t talk about this at all in the US. So the problem at a macro level just started with hearing the statistic [that humanity will need] 50% to 70% more food by 2050. You start to do the math, and realize you might need two planet earths to have enough land and water to grow that food.”

We don’t have two planets though, so Webb got creative. Now, his company AppHarvest (the name is a play on both Appalachia and the high-tech nature of what they do), operates a sixty acre greenhouse in Morehead, Kentucky that grows hydroponic tomatoes up to the ceiling. It’s the single largest LED installation in the United States despite using constant passive solar, waters its plants using recycled rainwater, employs an integrated pest management system to avoid any pesticides, has a 30x higher production yield than traditional open field agriculture, and has the ever so modest goal of transforming the future of agriculture. That greenhouse is just the proof of concept—AppHarvest has broken ground on two more that will be just as impressive.

How do they do it? Robots.

AppHarvest’s crops are monitored for quality control 24/7 and harvested robotically, a labor-saving advancement that lets the staff treat farming almost like a manufacturing process. Those robots have collected the world’s largest data set of tomato images, and each one is equipped with cameras and a laser that creates a 3D scan of the crops in front of it to determine what needs to be done at any given moment. That might sound straight from science fiction, but AppHarvest’s CTO Josh Lessing, who designed many of these universal harvesting systems says we only think that because farming has been so slow to innovate. He noted that in traditional agriculture, most everything happens incrementally, “But now is not a time for incrementalism… the thing that needs to be added to that recipe is folks [like Webb] that want to be aggressive in getting us ready for a world where it’s hard to grow crops.”

That world will look pretty different from the one we live in now, but Lessing assured me that even as AI gets firmly integrated into agriculture, AppHarvest’s robots are, “fundamentally collaborative. They’re designed to be safe around people. They’re designed to work alongside people… When people and robots work together, it’s actually more productive than robots alone or people alone.” On a traditional farm, there are a seemingly infinite number of tasks to do at any given moment, so adding some computers to make it more efficient doesn’t mean that human farmers will be anywhere near obsolete any time soon. Even with the help of AI, farm work at AppHarvest is still hard, manual labor.

With that difficult work that in mind, Webb has designed his company to grow as much produce as possible as sustainably as possible. When he says sustainable, he doesn’t just mean that in an environmental sense. Two years into production, AppHarvest already provides 500 living wage jobs, is a second chance employer, and “aims to hire a team as diverse as our nation and then empower them as individuals.” Plus, the company is a B corp, a public benefit corporation, and it’s publicly traded.

Kentucky has been experiencing record amounts of rainfall in recent years, so for Webb, the location was obvious. It made good logistical sense since Kentucky is within a day’s drive of 70% of the United States, plus there was an untapped labor force there ready and waiting to be hired. Which is important, because AppHarvest employs well over 300 people in its Morehead facility alone.

Most of those employees were hired in the midst of 2020, something that Webb considers a testament to the trust his community has placed in AppHarvest. He acknowledges that scaling up so quickly in the middle of a pandemic is, “almost unheard of in the current world. Are we perfect? No, we’ve made some mistakes. But in its entirety… not only do we have a problem we want to solve, we have a place in the world that wants to solve it with us.”

I got to visit AppHarvest in November, and the sheer enthusiasm Webb has built in his staff is phenomenal. It was clear that their work culture is infused with a “pioneering mentality,” and that Webb feels strongly about keeping that culture consistent as the company expands. He pointed out that, “At NASA in the 60s, if you would go visit a facility and you walked up to a janitor and asked, ‘What do you do here?’ they would say, ‘I’m working to put a man on the moon.’ That’s been the same mentality here… It’s the collective that’s making this thing possible.”

Maintaining that inclusive work culture, especially since he works in agriculture, is incredibly important to Webb, who aims to do everything from a place of empathy and considers his employees to be his first customers. Running AppHarvest this way definitely creates extra work—the company even has facilitators who help employees navigate unexpected life events that might prevent them from coming to work—but it’s work Webb considers essential.

“If we can’t treat people with dignity and respect who put food on our table, where do we think humanity is going to end up? Is there a reason we can’t treat the planet with respect?… The human spirit is willing to do a lot. We can have all the technological tools in the world, but at the end of the day we have to put people at the center of the equation.”

The history of the world is in many ways the history of technology, and of our reactions to it. That’s why AI scares people, we know tech can be used just as coldly as anything else. But if we do the work to center the people who benefit from that technology in the middle of the conversation, then progress doesn’t have to be a bad thing.

Sometimes, it can even get us a few steps closer to saving he world.