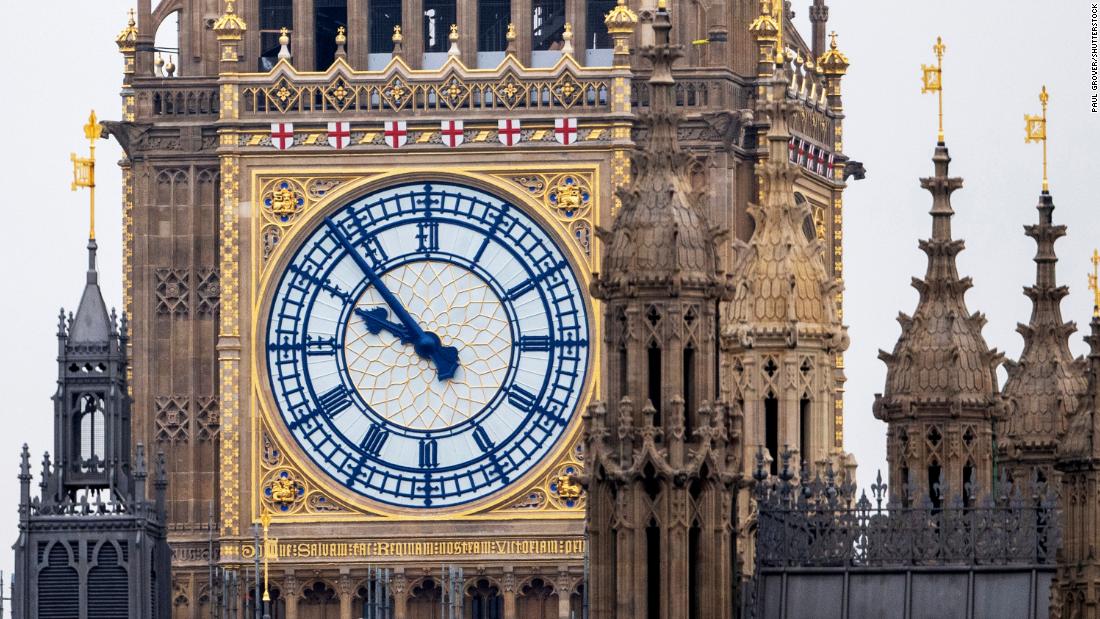 (CNN) — One of the world’s most famous clocks is returning to service in time to ring in the new year.

The Cumbria Clock Company, located in England’s Lake District, took on the task of cleaning the clock’s face, chiming mechanism and approximately 1,000 parts over the past four years.

The clock weighs about 5 tons and is 7 feet, 2 inches tall.

“To have had our hands on every single nut and bolt is a huge privilege,” Ian Westworth, one of Parliament’s team of clock mechanics, said in a statement. “It’s going to be quite emotional when it’s all over — there will be sadness that the project has finished, but happiness that we have got it back and everything’s up and running again.”

Big Ben– which is inside Elizabeth Tower in London’s Houses of Parliament — has been keeping time in the UK capital since 1859. This is the single biggest repair project in its history, coming with a price tag of £79.7 million (about $107 million).

Earlier this year, crew members working to repair Big Ben discovered extensive World War II-era damage from the Nazi Germany bombing campaign. The damage, which was revealed only when craftspeople were able to take the whole clock apart, added more time and money to the refurbishment project, leading some UK politicians to complain about the cost.

Despite the delays, the team working on Big Ben still managed to complete the repairs in 2021.

But there have been a few rehearsals along the way to make sure that everything was in working order first. Some lucky locals may have caught some of these bongs during intermittent tests on December 29 and 30.

Tonight, only the East Dial of Big Ben — the one that overlooks the Thames — will be lit up. But one of London’s most beloved attractions has returned to its rightful place.