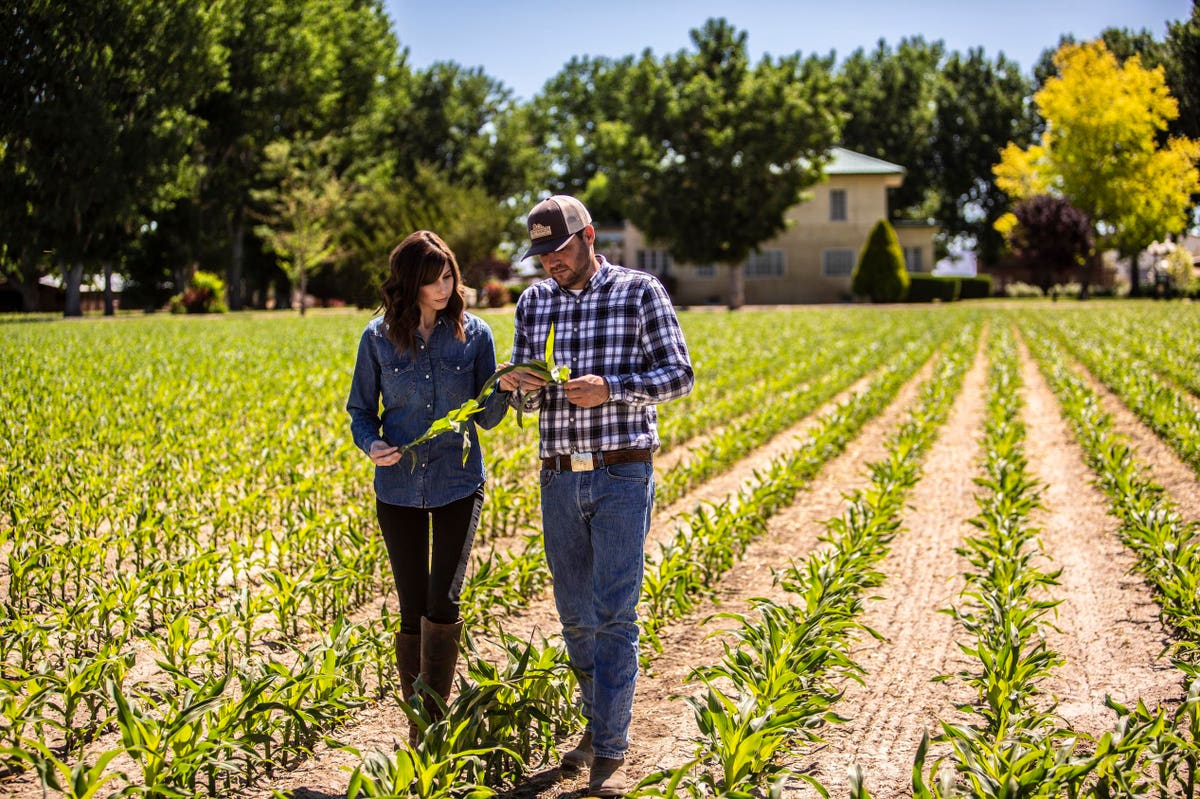 Colby Frey grew up on the 1,200-acre ranch his family owned in Fallon, Nevada’s Churchill County, a beautiful landscape in its golden vastness. In 2001, his dad began planting wine grapes, and the Gewurztraminers, Semillons, and Rieslings the property produced were highly regarded. But when Colby and his wife Ashley became the new generation to work the land, they had a novel idea: to farm wheat, corn, barley, rye, alfalfa, and oats, instead. The fields of this land were no stranger to these kinds of grains but the corn and other crops previous generations farmed were mostly used for straightforward agricultural purposes and sold off to other companies. Colby and Ashley, however, had a bigger vision: to grow their own grains for making the best spirits possible. They first experimented with vodka and gin, then settled on bourbon whiskey as their passion project.

While artisanal whiskey is still all the rage among spirits drinkers, bourbon is largely dominated by producers in Kentucky and other states where grain sourcing is not always transparent and there are as many myths and legends as there are discernible facts. But these stories do have the weight of history behind them, so it was clear from the outset that they Freys were carving a new path, one that came with no guarantee of acceptance. And they didn’t want to create just any bourbon; they wanted to go for a world-class product in terms of the quality and sensory experience. It didn’t take long for the idea to catch on, and now the couple find themselves with a 4,600 square-foot state-of-the art distillery, including a stillroom, tank room, barrel room, tasting room, barrel house, and malt house.

I tasted two products when I visited the “whiskey farm:” the flagship straight bourbon whiskey, made from four estate-grown grains (corn, wheat, rye, and barley) — balanced and deep-toned with subtle undercurrents of oak and baking spices — and the straight rye whiskey (made from 100% estate-grown rye) — spicier, with hints of pink peppercorn and ginger root.

The bourbon is aged in the barrel room for five years, only released when it has reach a level of development that satisfies its makers. While Kentucky bourbon producers talk a lot about their water quality, Frey Ranch has solid footing there, as well. Their water sources are the Carson and Truckee rivers, and the process here involves flood-irrigating the fields (rather than pumping water in), which actually produces, rather than consumes, electricity. This is just one of many controls the Freys can exercise over each step along the way.

While these whiskeys are delightful for sipping neat, here’s a cocktail recipe the Freys shared with me that I enjoyed throughout the summer months. Called the “Ranch Hand,” it’s a twist on a Gold Rush: