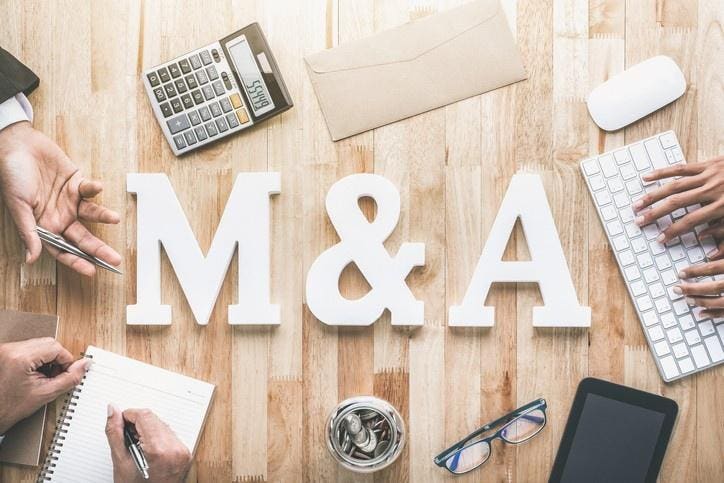 M&A activity in the food and beverage space remained robust during 2021 against the backdrop of surging Covid cases. Emerging CPG brands capitalizing on large traditional categories, especially chocolate confectionery, snacks, and beverage, with a health and wellness focus were snapped up by consumer giants in historic deal values.

Analysts expect a rosy outlook for M&A across major sectors including consumer entering 2022, as a recent Dykema survey showed 75% of respondents anticipated a strengthened U.S. M&A market in the next 12 months. The optimism mainly comes from strong balance sheets and liquidity, balanced equity and debts, and the looming retirement of baby boomer owners, they noted.

Here’s a recap of the most significant food and beverage transactions in 2021:

Vegan and paleo chocolate producer, Hu Master Holdings, was acquired by Mondelēz in January in an estimated $361 million deal. The Oreo cookie maker previously made a minority investment in Hu through its venture hub, SnackFutures, before taking its full ownership. Hu raised a total funding of $10 million as of January 2021, according to PitchBook, and has reached $32 million in revenue by year end.

Market Significance: Legacy consumer businesses, such as Mondelēz and PepsiCo
, are creating their own venture units and startup accelerators to stay informed of the latest consumer trends. Onboarding emerging brands onto these programs are usually perceived as an early sign of bigger collaborations down the road. Similar to brands that were recently gobbled up by Mondelēz, including Tate’s Bake Shop and Perfect Snacks, Hu is now expected to leverage the snacking powerhouse’s distribution network and supply chain to grow out of the natural and specialty channel into mass retailers, such as Target
. Read more about the incredible entrepreneurial journey of Hu’s founders here.

Low-sugar chocolate manufacturer, Lily’s Sweets, was acquired by Hershey in June, as part of the U.S. chocolate giant’s efforts to boost its growing portfolio of better-for-you snacking brands. The company, which was founded by Cynthia Tice to use stevia to sweeten the classic chocolate indulgence, has seen its revenue increase annually by trip digits throughout 2020 and 2021, according to PitchBook, reaching $110 million before the acquisition.

Market Significance: There’s never been a shortage of innovation in the multibillion-dollar chocolate confectionery category, and competitions only seem to intensify with emerging brands, including Mid-Day Squares entering the space in full force lately. The high-growth of Lily’s Sweets reflects the growing market appetite for reduced-sugar chocolate and overall sugar-free confections in the U.S., which are expected to grow 3.3% and 14.6% annually in sales, reaching $241.4 million and $735.4 million in 2021, respectively, Euromonitor data showed. Read the original breaking news here.

Utah-based Kodiak Cakes, which offers a line of premium breakfast items including flapjack waffles, granola muffins, oatmeal, and brownie mixes using whole grains that are free from fats, preservatives and sugar, was acquired by the largest consumer private equity group L Catterton in an estimated $1 billion LBO deal in July. The company’s total revenue has grown from $200 million in 2020 to $1.58 billion in 2021, PitchBook showed. Kodiak Cakes raised $33.82 million in total funding before the acquisition.

Market Significance: L Catterton has called Kodiak Cakes a “powerful brand” within the attractive better-for-you breakfast and snacking categories. The deal also indicated how brands sometimes prefer strategic PE to large CPG as their buyer since the former could offer more value and advantages. L Catterton expects to unlock the next chapter of growth for Kodiak Cakes with approximately $30 billion in equity capital, including investments in The Honest Company, Plum Organics, Sweet Leaf Tea, and Home Chef.

Beverage heavyweight Coca-Cola has taken full control of New York-baed sports drink company BodyArmor for $5.6 Billion in November. The producer of beverages packed with electrolytes, coconut water and vitamins has previously raised a total of $326 million in funding before the deal, according to PitchBook, and has grown 40% in annual revenue last year to reach $1.4 billion. Early celebrity backers include Jennifer Lopez, Carrie Underwood, and the late NBA basketball start Kobe Bryant.

Market Significance: Sports drink is a fast growing sector, where traditional soda makers are continuing to cash in to appeal to the growing number of health-conscious shoppers. Mintel
estimated sports and performance beverages will value around $13.6 billion in 2025, increasing from $10.8 billion in 2020. The deal with BodyArmor signals Coca-Cola’s efforts to compete against PepsiCo that has a significant share in the space with Gatorade. Previously, Coca-Cola divested multiple underperforming brands, including Zico and Odwalla, to accelerate its top-line growth.

Committed to creating a “snacking powerhouse,” Hershey has acquired premium pretzels maker Dot’s and its co-manufacturer for $1.2 billion. The brand reportedly accounts for 9% market share of the overall $2 billion pretzel category, and has been growing rapidly at a 131.88% rate over the past year, reaching $160 million in revenue. The deal is the second largest in Hershey’s history as the chocolate giant continued to push into the permissible salty snack category through a series of acquisitions over the years, including Pirate’s Booty and SkinnyPop’s parent Amplify. Dot’s is also the fastest-growing scale U.S. pretzel brand, according to PitchBook, representing 55% of the total pretzel category’s growth in 2021.

Market Significance: Legacy CPG brands continue to push into the fast growing global healthy snacks market which is expected to reach $32.88 billion in revenue in the coming years, according to Grand View Research, growing at a 5.2% CAGR between 2014 and 2025. Brands with self manufacturing capabilities, such as Dot’s, are particularly attractive to potential acquirers as they’re viewed as better equipped to scale. Hershey has also made an investment in Quinn Foods previously, launched by Kristy Lewis over a decade ago to reinvent traditional savory and indulgent snacks with better-for-you ingredients and sustainable farming. Read more about their founder’s vision and growth plans here.

The holiday you’ll return from feeling 20 years younger
HOBBITON SUNRISE
Tourists are back in Iceland. But so is whale hunting
Airlines, FAA spar over flight delays as crucial Fourth of July weekend approaches
How To Drive In Wine Country: The Virginia Edition