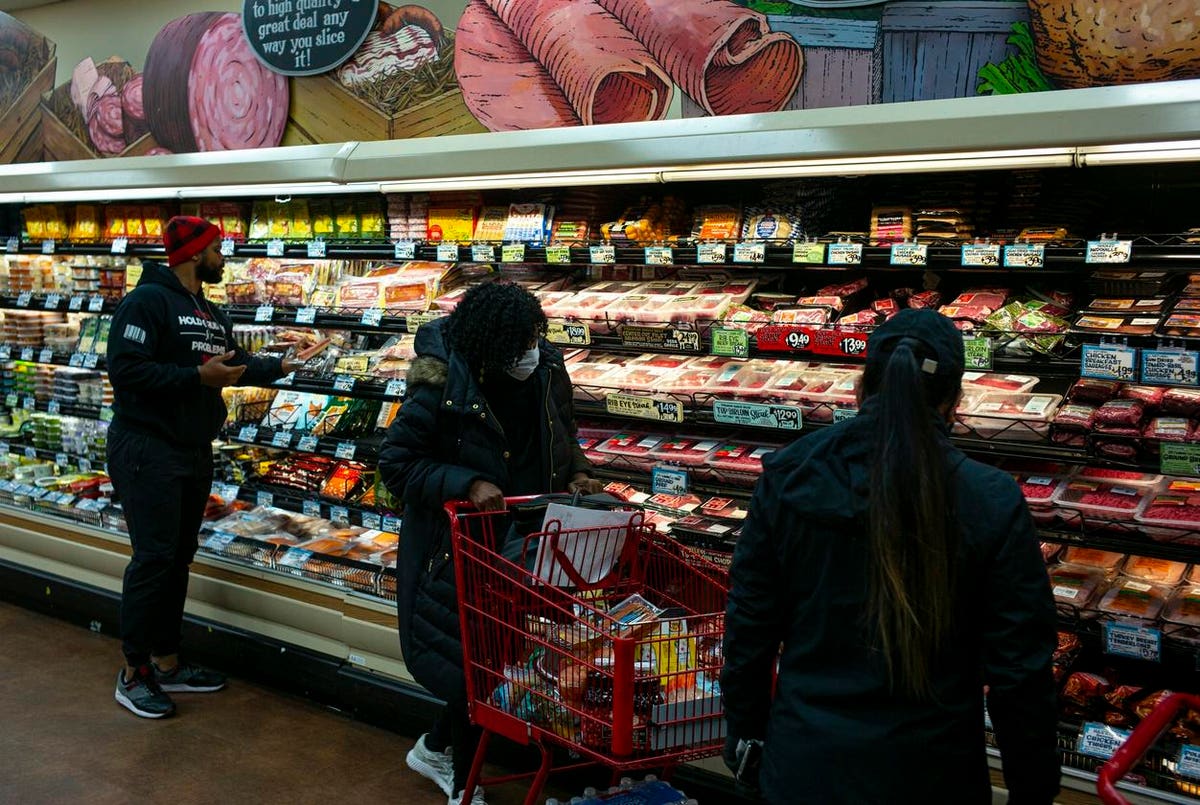 Unprecedented consolidation in the U.S. food industry may be a cause of rising prices and empty grocery-store shelves.

The White House, supported by independent economic analysts, has asserted there’s a link between inflation and the dwindling number of food suppliers. The House of Representatives antitrust subcommittee, chaired by Democrat David Cicilline of Rhode Island, is expected to take on the topic in a hearing scheduled for Wednesday.

Mergers and acquisitions have swept the food industry in recent years, making fewer and fewer players responsible for feeding a growing country and sparking concern over the fairness of price hikes. The biggest consolidation has been in beef, where four companies now control 85% of the U.S. market. Four pork and chicken companies supply 70% and 54% of their respective markets, while the number of supermarket chains has fallen by nearly one-third in the past three decades, with four companies responsible for more than two-thirds of sales.

At the same time, consumers are facing the worst inflation since 1982. Food prices grew 8% in the past four weeks, according to a NielsenIQ scan of supermarkets nationwide. NielsenIQ predicts food-price increases will persist in the first half of 2022 and level out by the end of the year. That comes on the heels of a 5% rise last year.

“We’ve never seen that before,” said Peter Conti, NielsenIQ’s senior vice president. “Usually there’s a price increase, five years go by, then another price increase. We’re seeing price increases six months apart. That’s got my attention. The frequency of price increases is unprecedented.”President Joe Biden has pledged to take on antitrust with more fervor than previous administrations, and he recently said that the way to combat inflation is to combat antitrust. Biden appointed antitrust crusader Lina Khan to head the Federal Trade Commission, the government’s main antitrust agency, and Khan has promised to take on Big Tech firms, such as Google and Facebook. She’s said little on the subject of Big Food.

Still, a joint announcement this month from the Department of Justice and the Department of Agriculture that they’ll increase enforcement of anticompetitive practices is the “first advancement of an antitrust strategy” in over a decade, according to Arindam Kar of St. Louis-based Bryan Cave Leighton Paisner. Still, the Justice Department’s antitrust division has fewer employees now than it did in the 1970s.

“Food and the agricultural sector is ripe,” says Seth Bloom, who spent years as the general counsel to the House antitrust subcommittee. “It deserves a lot of scrutiny, no question.”

Consolidation has the attention of the Justice Department, which recently reached settlements with the two biggest U.S. poultry producers, Tyson Foods and Pilgrim’s Pride, over charges of price fixing. The top 20 chicken companies are responsible for about 99% of commercial chicken sold. Of those 20, six have settled private cases totaling $150 million from suppliers and customers. Hundreds of other lawsuits from fast-food chains, grocers, and other customers will continue to play out in courts for years.

The Justice Department has been reviewing the $4.5 billion acquisition of third-largest chicken processor Sanderson Farms by Cargill, the country’s biggest privately held company. Cargill already owns chicken processor Wayne Farms, along with firms in many other agribusinesses, from corn and soy production to cattle feedlots to shipping.

There are fewer retailers, too. According to a 2021 National Grocers Association report, decades of low margins and high competition have contributed to a raft of bankruptcies among regional and smaller chains, including Fairway and Kings Food Markets. The FTC launched an inquiry into “sky-high prices” at the end of November and ordered nine large retailers, including Amazon, Walmart and Kroger, as well as wholesalers and consumer companies like Kraft-Heinz, to answer detailed questions as part of the investigation.

Consolidation is also prevalent in transportation and logistics, especially among commodified sectors. The gulf ports in New Orleans handle 70% of the nation’s grain exports and more than 60% of soybean exports. The Union Pacific-Southern Pacific railroad merger approved in 1996 created a system in which two companies control 90 percent of the nation’s commercial rail mileage west of the Mississippi River. In 1998, Cargill acquired Continental Grain for control of more than 35% of the nation’s grain exports.

Even the seed and fertilizer industries have consolidated. The Big Four seed companies became the Big Two: Dow Chemical and DuPont unveiled a $130 billion megamerger in 2015, followed by Bayer acquiring Monsanto for $63 billion. And with organic farming accounting for less than 1% of U.S. cropland, synthetic-fertilizer manufacturers have become powerful. There are only two companies that supply North America with potash, the commodity potassium-based fertilizer: Nutrien Limited and the Mosaic Company. Four firms control more than 75% of the production of all nitrogen-based fertilizer. That’s why the Family Farm Action Alliance asked in December 2021 for an investigation into price hikes and anticompetitive practices within the fertilizer industry.

“Some businesses are able to get higher margins because of the environment,” said Moody’s Analytics chief economist Mark Zandi. “I don’t know if there’s gouging going on, but it’s perfectly reasonable for agencies to put a bright light on pricing practices to keep everyone honest.”

Fresh Take: Modern Agriculture’s House Of Cards, Inside California’s Controversial Prop 13, And Why Private Label Is Having A Moment
Lufthansa is bringing back the A380
$1 Curry Dinner!! Night Market STREET FOOD Tour! | Trang (ตรัง), Thailand
Vermont ski resort to change ‘insensitive’ name
How To Drive In Wine Country: The Virginia Edition