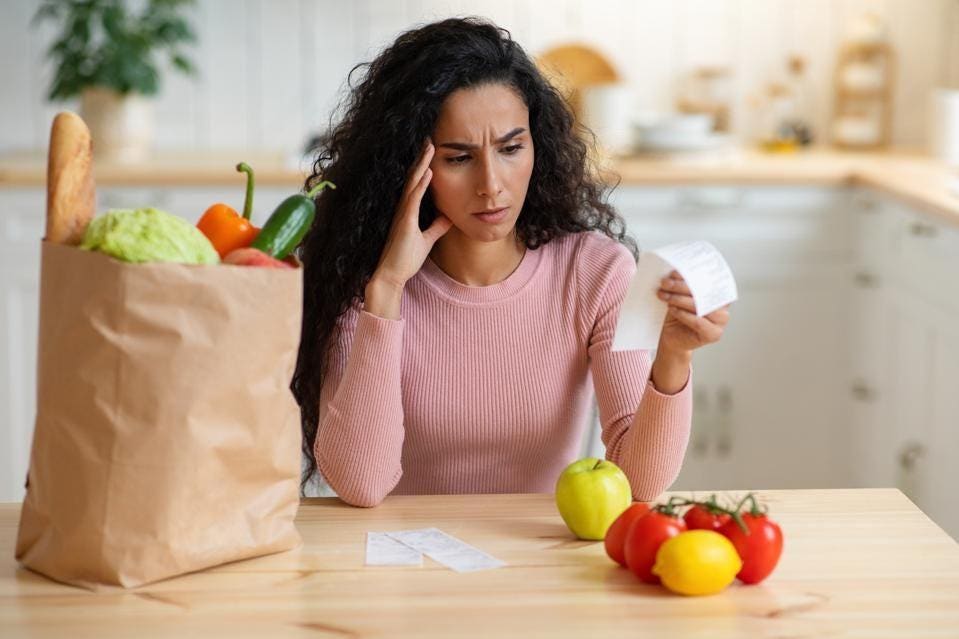 The Texas energy grid failed around this time last year. Now power outages are again hitting hundreds of thousands across the country as communities reel from another winter storm. And I’m curled up next to my space heater in New York City wondering whether the constant bouncing from crisis to crisis will finally give the food industry a much-needed wake-up call.

Climate change has made bad weather like this common. The consequences threaten nearly every aspect of the food supply, from what’s planted in the ground to the trucking routes that bring food from manufacturers to grocery stores.

My heart goes out to those impacted by this week’s storms, as well as to those working to strengthen access to healthy food in times of crisis.

Do Consumers Want Or Need These Biotech Foods? Decades ago, when food makers started selling alternatives to animal products, such as soy milk and tempeh, the idea was to solve a problem: Many consumers could not or chose not to consume dairy products or meat. These days, the rush to replicate animal products and ingredients has far less to do with meeting consumer demand. Rather, Michele Simon writes, it’s all about investor frenzy, and “because we can.”

Where Do Grocery Prices Come From? Food retail prices are going up. The corporate consolidation and profiteering behind inflationary pressure give us the opportunity to examine how pricing decisions are made, what factors are used to determine prices and what this all says about our food system. But let’s start with where prices come from, writes Errol Schweizer.

Restaurant Industry Sales Expected To Hit Nearly $900 Billion. The 2022 projection, should it come to fruition, would surpass pre-pandemic sales levels. As Alicia Kelso reports, most of the rise is expected to come from price increases, which are about 8% higher at quick-service restaurants and 6% higher at full-service restaurants, compared to 2020.

Investing In Upcycling, Alt-Protein And Diversity In Food. Following a record year for all U.S. venture capital funding, Douglas Yu reports that food deals are as strong as ever. A staggering $330 billion has been invested across an estimated 17,054 deals, according to PitchBook.

The Most Potent Cherry In The World Is Barbados’ Hidden Treasure﻿. The Barbados cherry, otherwise known as Bajan cherry, Acerola or West Indian cherry, is one of the richest natural sources of Vitamin C in existence, writes Daphne Ewing-Chow. Yet despite its potent nutrient profile, it has been underutilized commercially and demands greater attention.

A salad of roasted squash and some leftover salmon from one of the country’s largest community-supported fishing operations, Sitka Salmon Shares.

Could you land a plane in an emergency?
Why Private Label Brands Are Having Their Moment
The best family-friendly hotels in Spain to keep the entire tribe happy
PIER PRESSURE
Fresh Take: Modern Agriculture’s House Of Cards, Inside California’s Controversial Prop 13, And Why Private Label Is Having A Moment