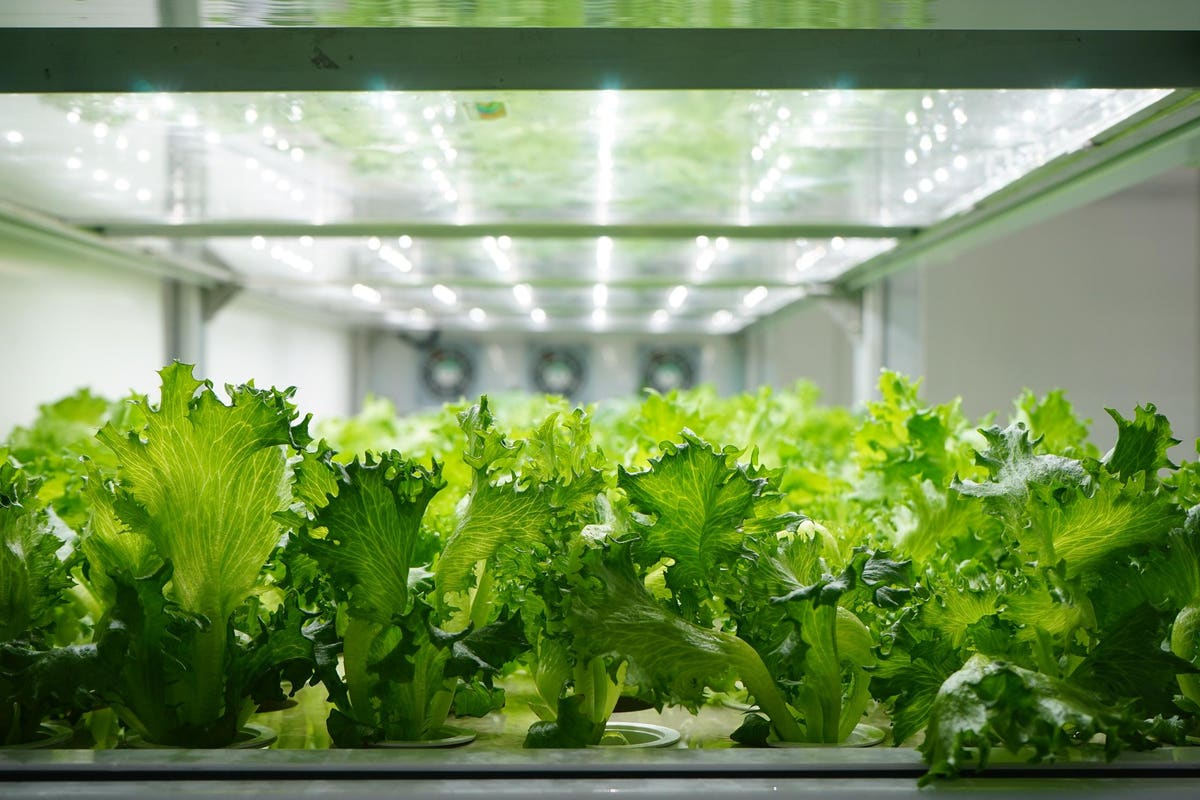 Walmart, the world’s biggest retailer, is taking vertical integration to a new level, by investing in vertical agriculture. Yes, the retailer, which already operates its own bank, is going into the farming business. It’s a big deal for them, or at least for vertical agriculture. Walmart, with 2.2 million employees, recently took a stake in Plenty Unlimited as part of a $400 million round of funding that gave it a seat on Plenty’s board – and at the farm table..

Walmart is betting on vertical agriculture, saying the technology can provide “the freshness and quality that Walmart customers expect year-round.” Its California stores will be supplied with product from Plenty’s Compton farm, located indoors where the weather is, well, whatever you want it to be. The company, in other words, will be a customer as well as an investor.

And Walmart appears to be bullish on this industry, which uses square footage instead of acreage, to grow food. Walmart U.S. Chief Merchandising Officer Charles Redfield announced the deal as part of “a new era of agriculture” that, he said, “offers pesticide-free, peak-flavor produce to shoppers every day of the year.” No need to worry about a sudden wind chill in these controlled climates where data controls weather.

Walmart, with 10,500 stores in 24 countries and $559 billion fiscal 2021 revenues, is now part of a shift in which companies are investing in high-tech farms.

“This partnership not only accelerates agricultural innovation, but reinforces our commitment to sustainability,” Redfield said.

Walmart said that vertical farming “supplements traditional farming practices to help increase food supply and alleviate current challenges in the food system in a sustainable way.” While vertical farming, with locations that include urban rooftops, isn’t going to replace traditional farming, it’s a growing industry that is a necessity not only for sustainability but for the ability to feed the world in the future.

Vertical agriculture is leading to farms in and near cities. Farms are opening with addresses in huge new agricultural capitals like, well, Chicago, Baltimore and New York City. Even as some shelves in stores go empty, some companies are turning to vertical farming as part of the solution.

If you think farming is more about land than tech, don’t be so sure. Finistere Ventures’ 2020 AgriFood Tech Investment Review found more money pouring into high-tech farming. Global investment in agrifood tech companies in 2020 soared to $22.3 billion, including $5 billion in agtech and $17.3 billion in foodtech. Finistere expects 2021 to exceed that record year, as farming goes high tech.

“We expect 2021 to dwarf 2020 numbers as capital continues to flood into the technology categories with absolutely massive disruption potential like indoor ag…” according to Arama Kukutai, Finistere Ventures’ co-founder and partner.

How green is this business? The global vertical farming market was $3 billion in 2020 and is expected to be about $3.6 billion in 2021 and about $17.6 billion by 2028, according to Fortune Business insights. That, however, could be a drop in the bucket as funds flow in.

“With the growing population and ongoing developments in global food markets, approaches for more robust crop cultivation need to be brought closer to urban environments,” Fortune Business Insights notes, which sees vertical farming as part of “a potential agricultural solution.”

All of this is leading to seed funding for start-ups as well as investments by companies like Walmart. Consulting firm Agritecture found at least 74 indoor farming companies were founded in 2020, according to the Associated Press. Companies are growing their market share and not just their products.

“Our latest greenhouses are advanced, data-driven, climate-controlled facilities,” according to Gotham Greens, which describes itself as “farmers that live in apartments.”

The company, which launched in Brooklyn and located its second greenhouse on a Whole Foods Supermarket roof in Brooklyn, can supply nearby businesses, including restaurants. By building greenhouses in cities such as Chicago, Baltimore and New York City, this urban ag company can eliminate long refrigerated journeys. You don’t have to leave the city to find these green acres. “Our greens get where they’re going faster, stay fresh longer (like, a lot longer), retain more of their nutrients and reduce food waste,” according to the company.

Other companies are going onward and upward when it comes to farming. TechCrunch.com reported Brooklyn-based Upward Farms plans to build a 250,000-square-foot vertical farm in Northeastern Pennsylvania. It will grow microgreens, which TechCrunch.com describes as “a popular choice for indoor farming, due to its flexibility and limited spatial requirements.” Upward will use a system called aquaponics.

Investors are seeing whether they have a green thumb, hoping vertical farming will pay dividends. McCain Foods in February announced a “substantial investment” in Canadian vertical agriculture company Truleaf Sustainable Agriculture, according to Fortune Business Insights.

Orlando, Fla.-based vertical farm operator Kalera recently announced plans to go public on the NASDAQ through a merger with Agrico Acquisition Corp.  “A tremendous need exists for healthy, sustainable, and surprisingly affordable food,” Kalera Interim CEO Curtis McWilliams said. “We believe we have a business model that can bring nourishment across the globe, while reducing environmental impact.”

Meanwhile, Walmart is testing out the farming business by investing in it. Could Walmart be wrong? It’s always possible, but the company didn’t grow this big by placing that many losing bets. Could this be the beginning of an even bigger deal as companies bet (on) the farm?

“Walmart is the first large U.S. retailer to significantly invest in vertical farming,” according to the company, which is partnering with Plenty “to deliver fresh produce to Walmart retail stores.” Oh, and if things work out, that could help deliver profits to investors as well.

Budget Friendly Ski Slopes for 2023
Envoy Air says a pilot who was reported incapacitated during flight has died
The best accommodation in Alpe d’Huez
Holiday Gift Guide: The Best New Scotch Whisky Of 2022
TSA sees ‘concerning’ rise in number of firearms at security checkpoints – and most are loaded