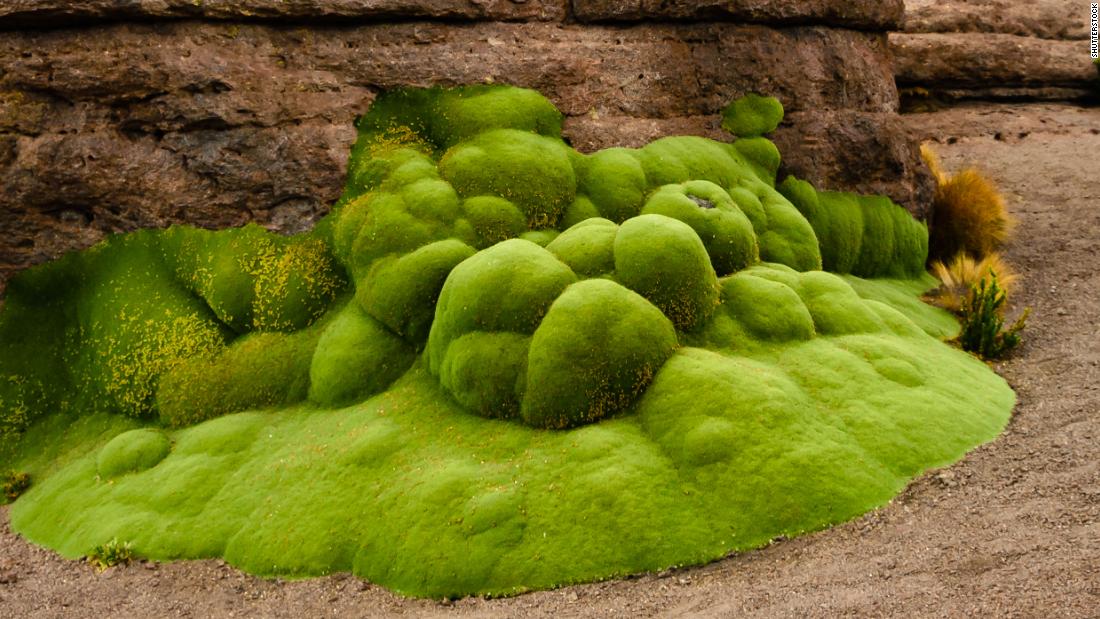 (CNN) — Who needs new and improved when you can delight in old and perfected?

Planet ramblers looking for adventure might consider spending time with these 10 living ambassadors from the past, including a bird with millions of flight miles, a rose that survived an aerial bombing, a tree linked to Buddha, green globules in the Andes and massive poriferans in Antarctica.

These and other amazing paleo-pilgrimages await the dedicated traveler.

Wisdom, the world’s oldest confirmed bird in the wild, is at least 70 years old. She arrived once again at her winter home on Midway Atoll in November. Since she was banded in 1956, the Laysan albatross has logged more than three million flight miles, six times the distance to the moon and back!

With persistence and permits, one can see Wisdom and her fellow Phoebastria immutabilis on their Pacific paradise. Midway Atoll is located on the far northern end of the Hawaiian archipelago.

Jonathan’s exact age is uncertain, but he’s thought to be about 187.

Jonathan, the most beloved resident of St. Helena, a tiny island in the South Atlantic, was born about 1832, five years before the coronation of Queen Victoria. Since then, the giant tortoise has lived through 40 US presidents.

He never met the other notable to live in the island, Napoleon, as the French emperor died in exile there in 1821. The gentle reptilian giant originated from the Seychelles in the Indian Ocean, but made the move to the Atlantic as a gift to a future governor of St. Helena in 1882.

Since then he’s roamed about the governor’s grand island estate, where he enjoys the company of other giant tortoises and frequent human guests.

Celebrated as the Thousand Year Rose, a towering rose bush in Germany is thought to have been established by King Louis the Pious in 815.

The bush grows alongside a Catholic cathedral dedicated to St. Mary in Hildesheim, a beautiful medieval village noted for its ancient churches.

Besides beauty and age, the plant exhibits remarkable fortitude. Allied bombing during World War II left the cathedral in ruins, but the rose, a Rosa canina, also known as the dog rose, somehow survived, flourished and now grows more than 30 feet high next to the apse of the restored church.

Visit anytime, but late May and early June are the best times to see the delicate pink blossoms.

The fig tree under which Siddhartha Gautama experienced enlightenment in India is long gone, but a cutting from it, carried by a royal devotee to Sri Lanka around 250 BCE, give or take a few decades, has grown into one of the most revered trees in the Buddhist world, and the oldest known tree with a planting recorded in history.

Jaya Sri Maha Bodhi, Ficus religiosa, has welcomed the religious, the curious and the nefarious in the centuries since.

H.G. Wells marveled at it. Elephants damaged it. Tamil separatists besieged it.

Whether planted by man or nature, between 2,000 and 3,000 years ago, before the rise of Classical Greece, a seed sprouted on the Mediterranean island of Crete that to this day produces a yearly crop of olives.

But the monumental tree in the village of Vouves does more than make drupe fruit. It and other ancient Olea europaea nearby, similar in wizened age and appearance, attract artists, religious leaders, Olympians and heads of state, inspired by their strikingly gnarly trunks and limbs.

A museum highlighting the traditional olive harvesting techniques of Crete opened alongside the tree. Crete was once the seat of the Minoan civilization, which flourished in antiquity from its olive oil trade.

These eye-catching blobs are Andean shrubs that may date back thousands of years.

Wind, freezing temperatures and drought prove no match for Azorella compacta, a wild, inedible relative of parsley and fennel, which slowly and methodically ekes out an existence, growing as little as one meter a century.

Because of their slow growth rate, the largest shrubs are thought to be approximately 3,000 years old.

Given their density — a shrub can easily support the weight of a human — Yareta have been used like peat as a traditional fuel. Fortunately, South American governments have rallied to protect the endangered species.

Methuselah, a bristlecone pine in the White Mountains of California, stands at the ripe old age of about 5,000, making it the oldest known non-cloned living organism on Earth.

Named for an Old Testament figure who lived 969 years, the Pinus longaeva’s exact whereabouts remain a closely guarded scientific secret, but you can wander by its ancient peers (some of which could be even older) and perhaps the very tree itself on a 4.5-mile hiking loop through the Ancient Bristlecone Pine Forest within Inyo National Forest.

Whether one stumbles upon the most ancient one or not, this grove of grizzled knotted pines — many older than the Egyptian pyramids, clinging to sheer arid mountains that jut from the desert floor — inspires no less.

The volcano sponges of Antarctica, Anoxycalyx joubini, are whitish blobs that resemble giant beer barrels or miniature volcanoes. They pepper the chilly waters around McMurdo Sound and their estimated age is based on the sheer size of the sponges, which only grow a tiny bit each year.

They thrive in depths from 50 to 500 feet, sentinels of a deep realm they share with other strange creatures, like tiny crustaceans and wiggly worms that live inside the sponges, and packs of pin-cushioned sea stars that dine on the two-meter-tall monsters.

Only the most dedicated scuba divers can explore this realm. Thanks to extreme ocean outfitters such as Polar Trec, they can — enjoying, after drilling through the ice, some of the best underwater visibility in the world.

The Trembling Giant of Utah consists of almost 50,000 quaking aspen trees, but the entire grove of Populus tremuloides is genetically identical and shares a single root system, making it technically a single organism.

This clonal colony of an individual male is also known as Pando, Latin for “I Spread Out,” which it sure does, covering more than 100 acres.

The leaves of one quaking aspen make quite a flutter in the gentlest of wind. Listen to the tuneful effect times tens of thousands as you overnight, right in Pando’s heart, in a campground in Fishlake National Forest.

A sprawling sea grass meadow ten miles long near Spain ranks as the oldest known single organism on Earth, according to geneticists.

Posidonia oceanica, known as Neptune’s grass, is endemic to the Mediterranean Sea. But a patch near the island of Formentera, self-cloned like Pando, stands out for its age, estimated at 200,000 years.

Fortunately the island, the smallest of Spain’s Balearics, doesn’t have the crowds of nearby Ibiza, from where one catches the ferry to Formentera. Besides taking a scuba or snorkeling adventure to the ancient sea forest, one can explore the island’s scenic lighthouse and caves.

Richard Stenger, a former senior CNN.com sci-tech editor, currently travels the physical and virtual worlds from his home base in Northern California.