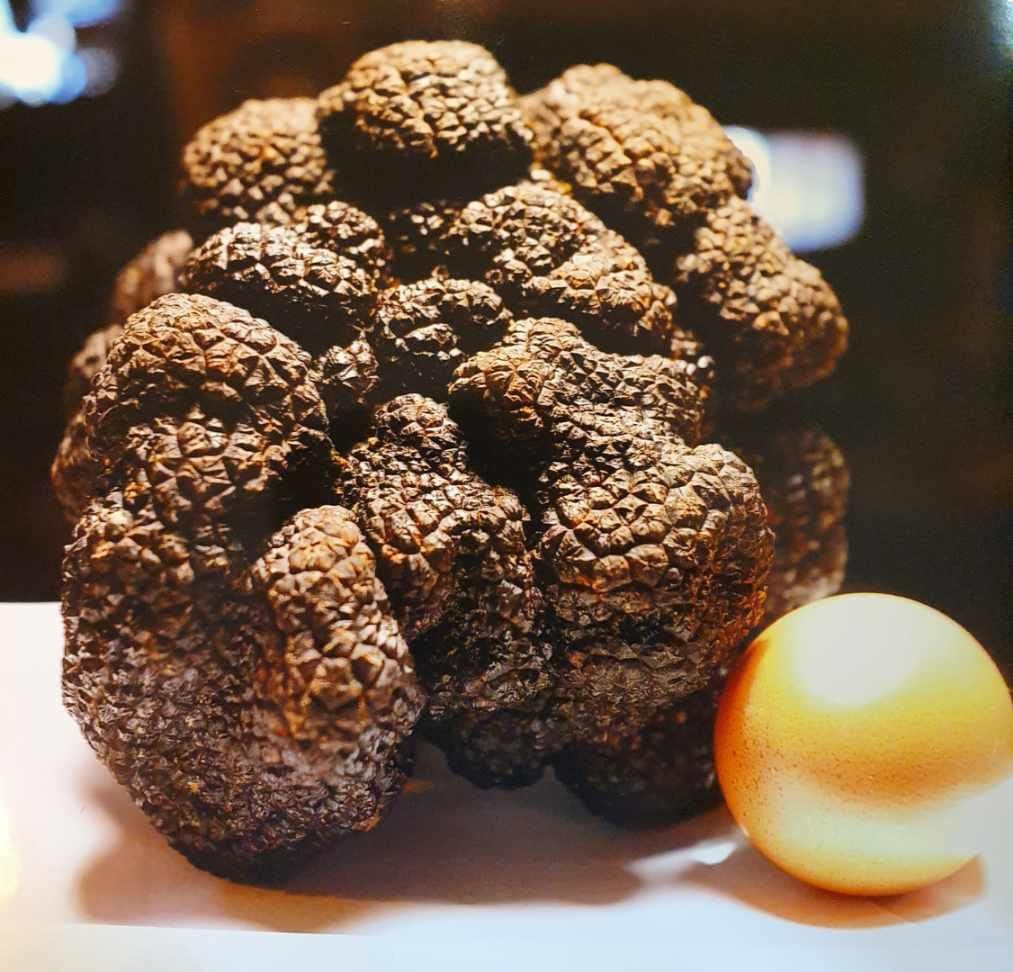 In a corner of France where prized mushrooms are dubbed “black diamonds,” one truffle hunter is hoping that an unusual NFT auction will help him turn a surprising gastronomic discovery into a publicity bonanza for the Dordogne region.

Bernard Planche, who lives in Sarlat of the Dordogne region, has been a “trufficulteur” (truffle grower) for more than 30 years. Between December and March each year, the Dordogne Valley in the Southwest of France comes alive with special markets dedicated to the delicacy. Gourmands come from around the globe to dig through the soil in search of this gastronomic delight.

He showed off this discovery at the Sarlat market on February 5 where its authenticity was confirmed. But beyond enjoying the accolades of the locals, he saw an opportunity to use the unusually large truffle to shine a light on his beloved region and profession.

So mixing tradition with one of the most buzz-worthy technologies, Planche decided to auction off the virtual rights to the truffle using what is known as a “non-fungible token” or NFT.

An NFT is kind of a digital certificate that works on blockchain networks to provide a unique identifier for virtual objects. Over the past year, NFTs have exploded into the public view as artists have used them to sell the digital rights to their works for millions of dollars. In France, NFT startup Sorare raised a $680 million round of venture capital last September for its platform that uses the technology to enable fantasy sports leagues.

In the case of Planche, he partnered with Venture Makers, a consultancy studio that focuses on so-called “web 3.0”, which includes things like NFTs, blockchain, cryptocurrencies, and other decentralized technologies.

The auction is being held on the NFT bidding platform OpenSea. Participants can bid in regular currency or cryptocurrency. The deadline for bidding is 10 p.m. CET on February 11.

In addition to the digital rights for the truffle, the winning bidder will be invited to Planche’s estate in Saint-Cirq-Madelon near Périgord. They will get to participate in a truffle hunt with the assistance of truffle-sniffing dogs and pics. And then they will experience a special meal prepared at the end of the day.

While Planche is hoping the NFT may raise some money, he is mainly the ensuing publicity will bring greater attention to the Dordogne region.

The couple who met at Disneyland
Tourists are back in Iceland. But so is whale hunting
Duty-Free Retail Continues To Attract Highly Coveted Scotch Whiskies—And Set Records
The dramatic cruise with an extraordinary art collection
Airlines, FAA spar over flight delays as crucial Fourth of July weekend approaches