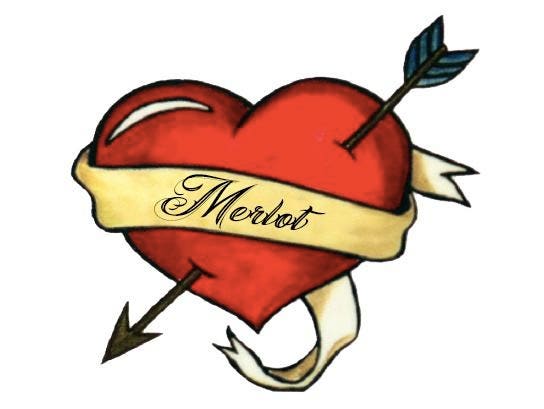 No longer maligned, Merlot is a wine to fall in love with

Say Merlot to wine drinkers and you’re likely to get one of two reactions: an eye roll or an appreciative sigh. The former is a hangover from the 2004 movie, “Sideways” in which the main character, a depressed wine snob with a failed career and marriage, famously derided the wine, while simultaneously exalting Pinot Noir. The so-called “Sideways Effect,” as reported in a 2009 study in the Journal of Wine Economics, was linked to a 2% drop in sales for three consecutive years following the film, while sales of the film’s more favorable grape star rose 16%.

But the protagonist’s declaration was not exactly heard like a shot around the world.

“The contemptuous words uttered by a fictional character struggling with an [anxiety disorder] and under Xanax had no repercussions outside the U.S.,” says Max de Zarobe of Avignonesi Wines, Tuscan producers of the “Desiderio” Merlot. “In Europe, Merlot remains one of the most valued grapes.”

Allora! Enter the appreciative sigh, which comes from lovers of the noble grape whose references harken not to a movie, but to the great châteaus such as Lafleur, Le Pin, Pétrus and Angélus in Pomerol—arguably the grape’s spiritual home.

“There seems to be kind of a gap where it feels like there are two drinkers of Merlot and they’re at the extremes,” says sommelier Kelli White, director of education at The Wine Center at Meadowwood, and author of Napa Valley Then & Now. “There are the people who say Merlot is not cool and they may not choose to revisit that, and then there are the super knowledgeable [drinkers] who think Merlot is absolutely amazing and delicious.”

Long relegated to the role of a blending grape with other Bordeaux varieties—Cabernet Sauvignon in particular—Merlot on its own has historic roots in California and Washington State, and it is especially successful in Italy, anchoring many of the premium Super Tuscan wines. Stateside, the grape gained popularity in the 1990s, sparked in part by 60 Minutes’ “French Paradox” report in 1991, leading to over planting in many areas just to keep up with demand. When Sideways’ antihero disparaged the grape, some say he wasn’t wrong.

“Merlot got very popular and people were planting it everywhere with high tonnage and the quality did drop in some,” says David “Merf” Merfeld, who makes the “Premier” Merlot at Northstar Winery in Washington’s Columbia Valley. “But that worked itself out, so that was one good upshot of the movie.”

In addition to his own circle of peers who see Merlot’s second coming, Merfeld noted “sommeliers are starting to come back to it and realize the quality potential.”

“Things come back around in fashion and it’s Merlot’s time,” he said.

While Valentine’s Day is a good time to give some love to Merlot, here are seven producers who do that all year ‘round.

J.O. Sullivan Founders Reserve Rutherford Merlot, 2018. Winemaker Jeff Cole says the prices—$290 for the Founder’s Reserve and $320 for the James O’Neil— reflect the best soils and parcels, and the “time and attention that go into that.”

“No one blinks an eye at that price for a Napa cab and we are making a Merlot that’s unique in the marketplace, competes with upper-tier Cabernet and should warrant the same consideration as the others in the Cab camp,” he says.

Notes: Dark and inky, this wine is marked by deep, rich black fruits, layers of dark chocolate and dusted cocoa. Black plum and cherry are beautifully integrated with silky tannins and sweet spice (21 months on 100% French oak). A complete wine now and will be in years to come. $290

Mira “Hyde Vineyard,” 2015. Mira winemaker Gustavo Gonzalez says he sees the quiet Merlot movement underfoot gaining momentum as producers appreciate the nuances it can express when paid proper attention. “We have a handle on how to grow Merlot and what we learned in the vineyard is translated in the winery,” he said. “It won’t necessarily knock Pinot off a pedestal, but as people improve their game, the interest is only going to grow and more producers will be willing to make fine Merlot. It’s only a matter of time.”

Notes: Seductive nose of dark plum, sweet oak spice and a touch of iodine followed by tart cherry and plum, layers of milk chocolate and more iodine. A little dusting of cocoa accompanies an herbal savory note that elevates the wine through to the finish. A wholly satisfying wine. $95

Tate “Spring Street,” Reason Vineyard, 2018. “Merlot can really carry a sense of place and we really let the vineyard speak,” says Suzanne Tate, who with her husband David (formerly of Ridge Vineyards), makes a small-production lighter style of the wine with grapes sourced from old vines on the valley floor.

Northstar “Premier” Columbia Valley 2018. The idea behind the Premier line, says David Merfeld, was to create something that would “push the envelope and say this wine would age.” The limited release, he says, “has a nuance that doesn’t hit you over the head like Cabernet, goes with food and still has power, flesh and fruit.”

Notes: Very floral nose with a pretty eucalyptus lift. Lighter in color, with very tart red fruits—pomegranate, currant, red plum skins. Light chalky tannins and a bit of anise. This wine is more about nuance than power and has plenty of life. $85

Leonetti Cellar Merlot Walla Walla Valley, 2019. Leonetti was the first commercial winery in Walla Walla and always known as a Cabernet house, says second-generation winemaker Chris Figgins. “But it was Merlot that really put us on the map during the ‘90s and that changed things for our business.” Praising its ability to “stand on its own,” Figgins even goes as far to say the grape “does better in Washington and, in particular, Walla Walla than anywhere else in the world outside Pomerol—there’s such a purity of fruit that’s beautiful.”

Notes: Even with dark red and black fruits, this wine has a bright expression with a clean, unmuddled line to the fruit. A nice acid backbone keeps this lively in the mouth, and there’s a fine chalky dusting of tannins that makes me want more. Very long, pleasing finish. $80

Chateau Ste. Michelle Ethos Reserve Merlot, 2018. “The pioneers of modern winemaking in Washington State correctly identified Merlot as a grape that thrives in our wine-growing regions,” says Brian Mackey, head red winemaker at Ste. Michelle Wine Estates, itself one of those pioneers and the springboard for many of the state’s winemakers. “Our faith in our remarkable Merlot has never faded… it continues to shine as a stand-alone wine.”

Notes. Earthy and textured, with plenty of judicious oak spice. Ripe and jammy black fruits that play well with a deeper tannic structure—more so than what you’d expect in a Merlot. Chocolate and leather notes lend interest. Grapes are sourced from the Dineen Vineyard (55%) and the remainder from the old vine Cold Creek Vineyard. $55

Abeja Columbia Valley Merlot, 2019. Winemaker Dan Wampfler has been working with Merlot his entire career, saying it is intrinsically suited to Washington’s growing conditions. “Merlot [here] tends to be on the more fruit side than the earthy styles in Europe. But that’s not to say there aren’t nuances you can get out of terroir.” He stands by the grape, saying they don’t let a movie or a trend determine what they want to make or drink.

Notes:  Ripe red fruits—red plum, wild strawberry—partner up with tart cranberries in this happy wine. Well integrated tannins and a dusting of mocha add a pleasant note of interest. Everything in the mouth is elevated by a bright cedar note and the wine finishes long and memorably. $50