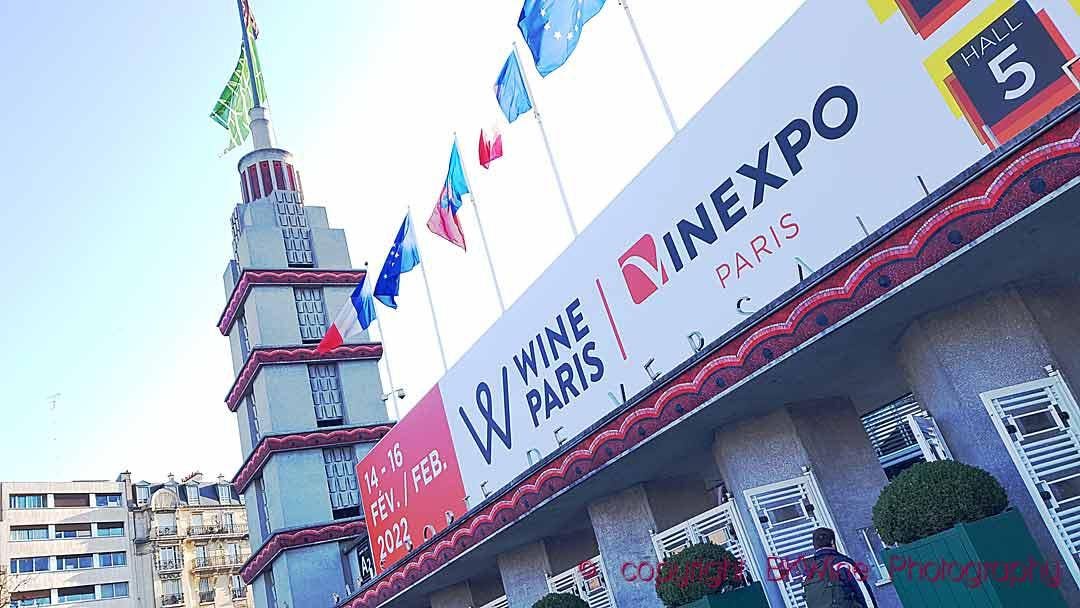 The big wine show in Paris that goes under the name Wine Paris – VinExpo is closing its doors as I write this. It is one of the world’s biggest wine shows, in competition with Vinitaly in Verona and ProWein in Düsseldorf. Signals are flashing green. It seems to have been a great success.

Three years ago, in 2019, the first edition of Wine Paris took place in the French capital. It was an odd constellation of three brands, Vinisud (a long-established and successful show for “southern” wines) that had moved up from the south of France, Vinovision, which was a newly created showcase for “northern” wines, both under the umbrella brand of Wine Paris. It felt confused, lacking a clear identity.

At the same time, Vinexpo started to feel a bit tired. Was it becoming too regional? Just for the big French brands, for the French customers? I did not go there regularly, but when I was there, it felt like a showcase for big brands, for those who had millions in marketing budgets and not really for those interested in wines of a more personal styles or family domains (which was Vinisud’s strong point). So in 2019, Vinexpo had its last Bordeaux edition and decided to leave its home in Bordeaux and move up to Paris.

This resulted in that the following year, in 2020, two big French shows (Wine Paris/Vinisud and Vinexpo) were both planning to be in Paris, on dates close to each other, just a few weeks apart . Crazy. Two wine shows in Paris in close succession… They quickly realised that this would never work, so they joined forces and made a joint show: Wine Paris-VinExpo 2020.

It worked, but not very well – speaking from a visitor’s / journalist’s perspective. Disjointed. Two shows in one, with a confusing identity. Family businesses with wines of character at one end, gigantic wine and spirits groups with glitter brands at the other end. And what was really the name of the show? On top of that came covid, just starting in February 2020. The Chinese stand at the show was empty. China had closed. But the show still happened.

In 2021 it did not happen. There was no Wine Paris. The pandemic had put a stop to all such events.

It was long uncertain – or at least it felt so to us and to many exhibitors – if there would be a Wine Paris in 2022. How fast would France open up to bigger events like this? Fast enough, as it were. Wine Paris – Vinexpo 2022 did take place, has just taken place.

Now, after the show’s last day, it seems to have been a great success.

Britt and I spent all three days at the show and asked everyone we met, “how has it been for you?”

The unanimous reaction is, “we are so happy that it has taken place; that almost in itself makes it a success.” Some people say, “we have seen fewer visitors here this year than we did in 2021”, but then they follow up with “, but it is much more than we had expected, or feared, so it’s been a good show for us.”

Travel is still a challenge, especially for overseas visitors. As one of the exhibitors we talked to said, “we didn’t expect to see any Americans at all. But we have had some that have managed to come here. No Chinese, of course. But there have been people from other parts of Asia and almost all over the world”. We also had the occasion to meet with some people from Ukraine, that we wished good luck. But most of the visitors were from Europe.

When we talked to journalists visiting the show, the reactions have been similar. “There are clearly fewer crowds here this year. But that’s good. You don’t have to fight your way to the stands and elbow forward to have a chance to talk to the wine producers.” That certainly makes it a much more productive show for the media.

We have not yet received the final count of visitors (or exhibitors), but whatever the numbers will show, it seemed both visitors and exhibitors thought that it was better than expected.

The show also feels much more coherent than the previous version. You might have noticed that I generally say “Wine Paris”, although the full name is Wine Paris Vinexpo. It felt like one show now, not two glued together (although there was a bling-bling section with the luxury brands, for those who really want it). Perhaps next year it will simply be Wine Paris? Will this be the new international leader in wine shows? Perhaps. We’ll see in 2023.

For us personally, Wine Paris has been excellent. Thanks to the time we could spend with some of the producers, we have collected material for several future articles. We had the chance to go through in detail the full ranges of some exciting champagne producers that will feed into the second edition of our big book on Champagne and the Champagne growers. And most importantly, we have said hello face-to-face to many people that we have not seen at all for two or three years.

Yes, Wine Paris 2022 feels like the beginning of the return to (the new) normal for the wine business.

The next Wine Paris will be on February 13-15, 2023 (unfortunately for us, since we expect to be touring the South African vineyards at that time).