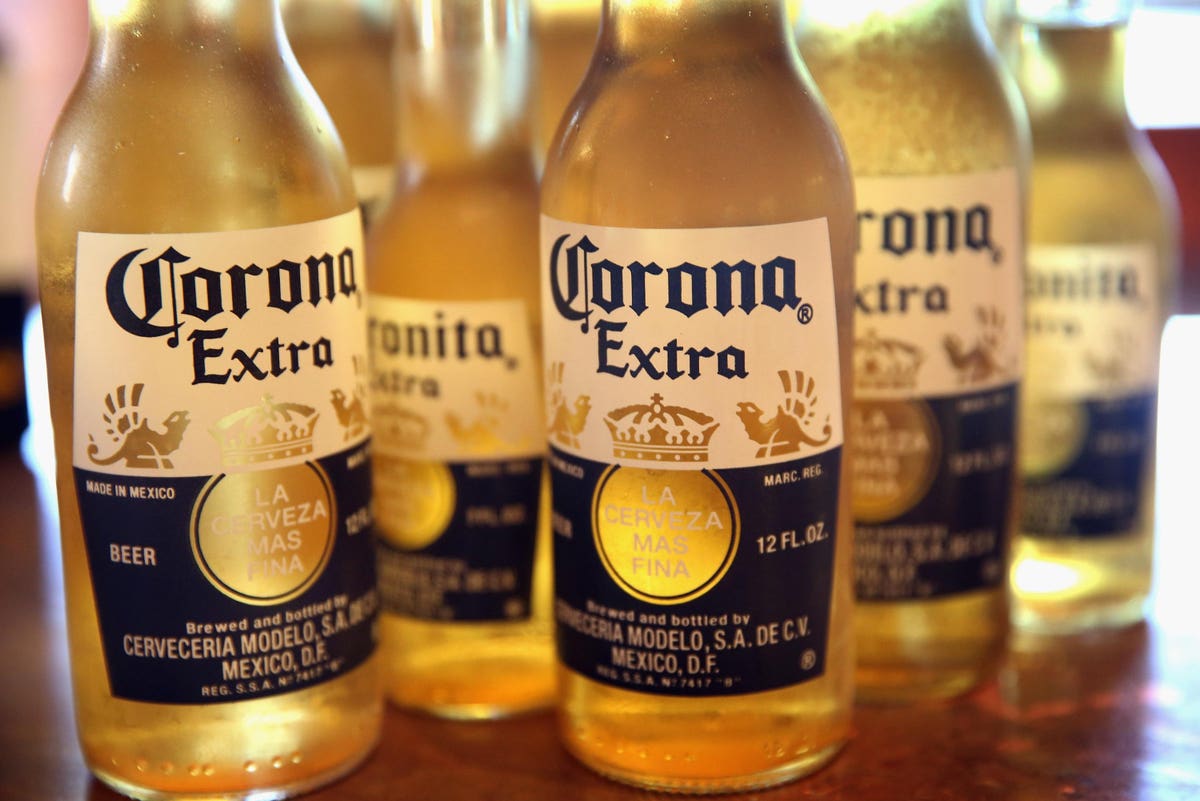 When it was announced last month that Monster Beverage was acquiring the CANarchy Craft Collective for $330 million, most thought that that meant that their possible merger with Constellation Brands was off the table. Well, it appears that the two companies are still in talks and that a potential deal may be announced in the next few weeks. First reported by Bloomberg, that news sent the American alcohol world abuzz with speculation about what the proposed agreement may look like and what impacts it may have overall.

The two companies combined market value would be nearly $92 billion, and the structure of any potential deal is unknown right now. According to the latest data, both have similar market capitalizations: Constellation Brands at $44.3 billion and Monster at $43.7.

Each company is a leader in its respective spaces and could benefit from the effects of cross-pollination should a deal go down. Constellation has been on quite a tear in the market as their beer brands Corona Extra and Modelo Especial continue to gain market share. Those are on top of their powerful wine and spirit catalogs filled with well-known brands like Kim Crawford and Meiomi wines and Svedka vodka and Casa Nobel tequila.

Monster, one of the leaders in the lucrative and booming energy drink market, held a 39% share of the $5.7 billion US market in 2020, second only to Red Bull, would bring an attractive distribution network and a steady revenue stream to the deal.

One of the more interesting parts of a potential pairing would be the merging of two beverage industry segments that previously stayed on opposite sides of the fence. Well, until Monster jumped over it in January. It could lead to seeing the same delivery vehicles dropping off energy drinks and cases of beer. If they could pull it off, you might see the more significant players- Coca-Cola, Pepsi, AB Inbev, and Molson Coors- becoming more active in searching for new opportunities. While all of the above have worked on partnership products recently, each has stayed out of the other’s space.

Another twist could be the possibility of beverages on the market that mix caffeine, alcohol, and cannabis in different forms. That would be because Constellation has an almost 40% stake in Canopy Growth Corp, a Canadian cannabis company that sells THC-infused drinks across Canada. That could be a sticking point for one of Monster’s largest shareholders, Coca-Cola, with an almost 20% share of the company, and holders of a distribution agreement with Monster.

As for what form a possible deal could take, there are several possibilities. It could be as equals or one or the other executing a complete acquisition. A team of RBC Capital Market analysts led by Nik Modi sees the first possibility as the most plausible.

“We view this as the most likely scenario if a deal were to go through, considering the similar market capitalization of the two companies (Monster at ~$43 billion and Constellation at ~$44 billion), he says. “A merger would create a total beverage company with over $14 billion in sales and over $5 billion in EBITDA.”

If Monster decided to acquire Constellation, it would face a couple of possibly significant roadblocks. According to Modi, the first would be that the co-CEOs of the Monster, Rodney Sacks and Hilton Schlosberg, are 71 and 68, respectively, and might not have the “appetite to go through a large-scale acquisition. The second would be the possibility of little interest in getting into the wine and alcohol business.

“We believe Monster could be less interested in Constellation’s wine & spirits business vs. the beer business in a hypothetical acquisition, given potentially lower synergies in wine and a lower topline growth profile of the business,” said Modi.

That could lead to Monster selling off the parts of the Constellation portfolio that they don’t need, bringing in some quick revenue.

According to RBC, the possibility of Constellation acquiring Monster seems the least plausible due to poor profitability and synergies.

One last scenario that could play out would be a partnership between the two, with the possibility of Coca-Cola entering in too. It would “allow both companies to expand their occasion and category exposure, as well as offering international distribution expansion opportunities.”

All of this is also playing out on a landscape that just recently received a Treasury Department report that decried the continuing trend of acquisitions in the alcohol space and loss of competition between players. Any merger of this size would have to undergo government scrutiny and win approval.

It seems that all of the whispers and behind closed doors discussions will be answered soon, and there quite possibly could be another seismic shift in the beverage world. One that could easily be just the first domino to fall in a long line of moves over the next year.

TIE-DYING WITH GRACE | LEARN WITH LOUIS
The photographer documenting Australia’s abandoned places
SHALL I SWAP TO PC?
Captain Minnie Mouse, ‘Frozen’ and a $5,000 Star Wars cocktail: Disney pins big hopes on new Wish cruise ship
Why Private Label Brands Are Having Their Moment